The former "Daily Show" host had to get a few words off his chest about Trump, pursuant to the fairness doctrine 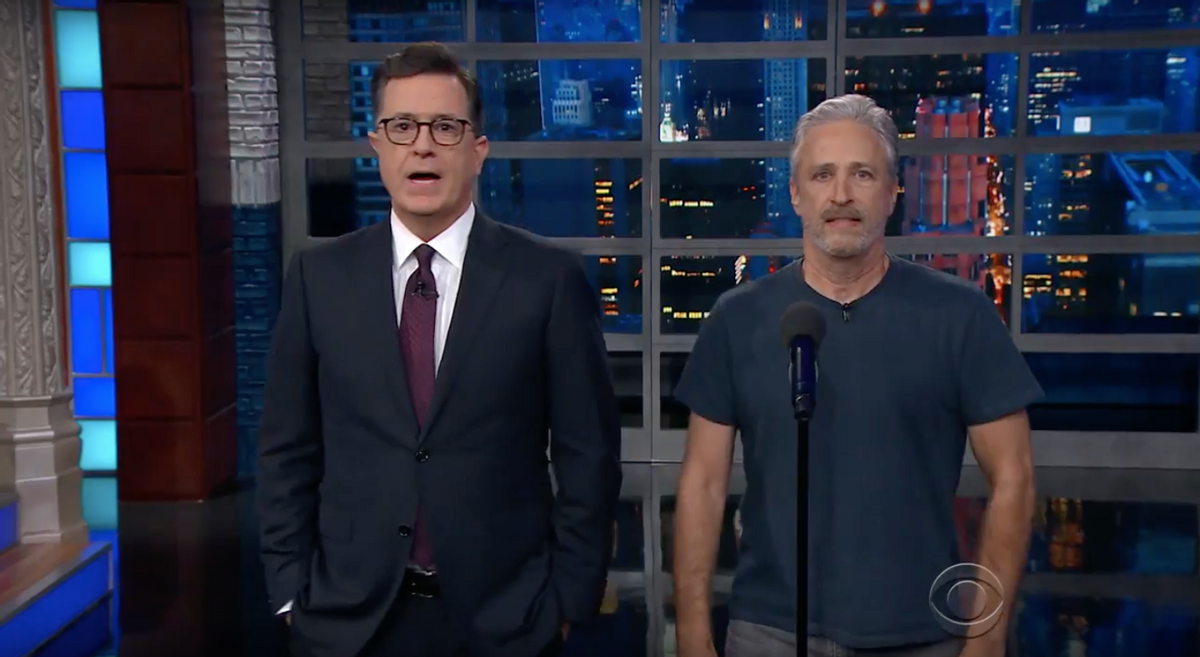 Last week President Donald Trump suggested that the late shows should be regulated by an "equal time" rule to straighten out their "repetitive" and "anti-Trump" perspective.

“First of all, ‘unfunny?’ In quotes? Which means you think we’re funny? In which case, I want to say, ‘thank you for understanding how quotes work?’” he said during his monologue Monday night.

“And he ended that tweet by saying, ‘Should we get equal time?’ I know that one: No. That’s not how this works. You’re the president. We make fun of you. But we’re going to do it anyway, just to make you feel better, sir,” Colbert added.

Colbert was then joined by another late-night host, "licensed in unfunny," to balance out what he had to say about the president." Jon Stewart appeared on stage so that Colbert could do his "usual unfair slamming of the president," while Stewart would "provide the counterweight."

One story the two discussed was Secretary of State Rex Tillerson's descriptive remark on the president earlier this year.

“Last week, we learned that Donald Trump’s own secretary of state called him a ‘fucking moron,’” Colbert said. “Not only is that an insult, he gave away Trump’s Secret Service code name.”

In response Stewart said, “Given the choice between having hot lava poured into my pee hole and Donald Trump being the president, I choose the latter.”

The jig was up, however, when Colbert played a clip of Trump posing for pictures with military personnel saying this was "the calm before the storm."

"How is all this not the storm?" Stewart asked. "And what kind of a sociopath would use that terminology while people are still literally cleaning up from storms?"