They're not all that radical, just different—with an ear for their constituents and the backing of Our Revolution 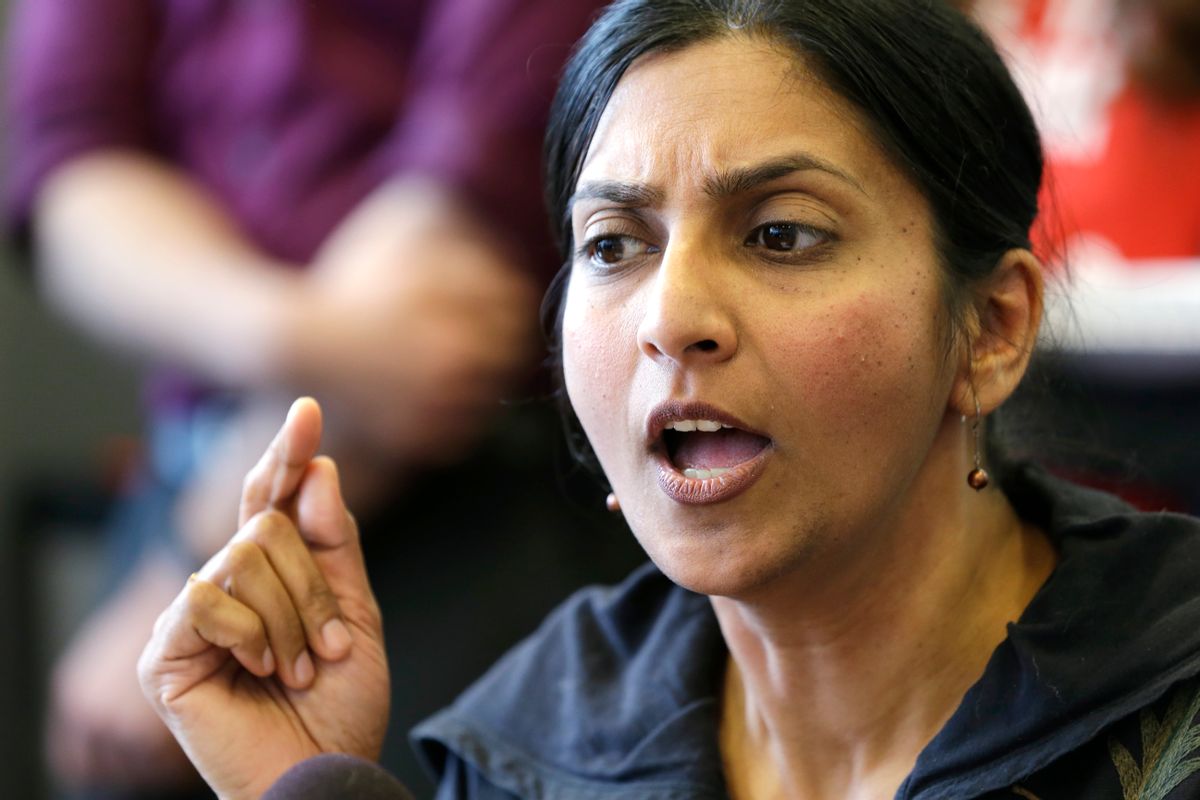 This year might not be a big election year, but since all politics is local, progressives are shaking up the establishment in elections nationwide.

Down south in Alabama, Randall Woodfin was elected mayor of Birmingham last week, unseating incumbent William Bell. Woodfin had backed Hillary in the 2016 primary, but received the Bernie Sanders-backed Our Revolution’s endorsement. Birmingham’s incumbent mayor was projected to win easily, with polls showing him in the lead as recently as August.

Up in Minneapolis, where the mayoral election will happen November 7, Our Revolution-backed candidate Ray Dehn won the Democratic-Farmer-Labor party convention (DFL, the state’s Democrats), while incumbent mayor Betsy Hodges received less than a quarter of the votes. Rather than vote to give Dehn the endorsement, Hodges and other Dems voted to adjourn the meeting. It was backroom finagling that according to witnesses at MinnPost “played into Dehn’s message — that he's the outsider taking on a party establishment frightened by the incursion of new activists.”

Out West in New Mexico, Brian Colón, state Democratic Party chair, lost spectacularly in a run-off election for mayor of Albuquerque, despite out-raising his Our Revolution-backed opponent Tim Keller, with over $800,000 in his campaign coffer. The final run-off election will be on November 14.

And in Atlanta, Georgia, Vincent Fort is making a strong bid for mayor, on a platform of civil rights and reducing inequality — in the most unequal major city in the country. That election will be on November 7.

So what is going on? Why are these progressive candidates winning?

It could be a perfect mix of a population tired of out-of-touch politicians and ready — even desperate — to try something new.

In Minneapolis, incumbent Hodges, despite having a plethora of standard party endorsements, including the SEIU, Senator Al Franken and David Wheeler, president of the Minneapolis Board of Estimate and Taxation, isn’t doing too well, and her campaign seems to be a prime example of what the voters are fed up with: Wheeler’s endorsement reads like typical Democrat Party backslapping: "I supported her first campaign ... Four years later she supported my election to the Board of Estimate and Taxation …"

In the wake of Justine Damond’s death at the hands of Minneapolis police, Hodges went to Los Angeles to fundraise. (The hoity-toity event included a kombucha tasting with Garrison Keillor.) Despite the effort, she’s falling short with over $75,000 in debt and nearly $25,000 in unpaid vendor bills. In April, her campaign manager and organizing director both resigned. In September, six of her campaign staffers also jumped ship, including her director of communications.

Unlike Hodges, challenger Dehn is not the kind of politician you meet every day: In the wake of Damond’s — and Philando Castile and Jamar Clark’s — deaths by police shooting, the Minneapolis mayoral candidate is calling for a disarming and de-militarization of the Minneapolis police force. He also supports the elimination of systematic inequities and the generation of community wealth.

“I don’t believe all cops should carry guns all the time,” he told us over coffee near the Mall of America. “One, it’s not necessary … In no way should an unarmed person be shot. We have people in our community who won’t call the cops because they are afraid, afraid for themselves, and afraid for the person committing the crime.”

In Atlanta, Fort, also backed by Our Revolution, has a long history of fighting the establishment. As a member of Occupy Atlanta, he was arrested in 2011 when term limited-out mayor Kasim Reed shut the camp down. As a state senator, he passed a law that may have protected Georgia from the fallout of the mortgage crisis, were it not gutted by Republicans. When it was, his activism won settlements for local homeowners. Affordable housing and the decriminalization of marijuana are two of his top issues, along with a living wage, expanded public transit, investing in the arts, and police accountability.

In Albuquerque, Keller champions investing in local economy, especially small businesses. He also says he has a "long history of fighting subsidized sprawl” and insists on engaging the community. Like Woodfin, he doesn’t seem all that radical, just different, with an ear for his constituents, and with the backing of Our Revolution.

That backing is proving to be key. In Woodfin’s Birmingham race, Our Revolution mobilized with the Working Families Party to coordinate massive get-out-the-vote efforts. Together, their volunteers contacted tens of thousands of voters by voice and text message.

Yet of these candidates, Dehn and Fort seem to hit the ball closer to the working-class home, resonating across racial lines: “I believe that when people in the community do well, and the small businesses do well, it lifts the whole community, and those people stay in the community as it does better,” Dehn says. Their personal wealth, he explains, rises with the community. “It keeps them in their homes,” and prevents displacement and gentrification.

If Dehn seems like an unusual candidate, that's because he is. A former felon who received a full pardon and became a state representative, one of the first things he did in office was get a bill passed that removed the question on criminal record from employment applications. “Every morning when I shave, I see a white man who has privilege, who can do many things because I’m white,” he tells us. “The people I left behind in prison … That’s why I run for office.”

When it comes to politics, Dehn is candid about his style, saying he’s “not a fan of negotiating to the middle. I think it’s a lazy way of negotiating.” When you understand what the other side is doing, he says, “It empowers you to get more in the end.”

While New Mexico is swimming in complaints and negative campaign ads, and Reed is outspoken against Fort, Dehn isn’t talking about Hodges, or the other contenders for the position. “I’m not an attack kind of guy,” he says. “You win with dignity by talking about your campaign.”

Minnesota’s ranked choice ballots seems to make this strategy more palatable, as candidates don’t want to leave any voter with a bad taste in their mouth.

What all these candidates have in common — along with many more nationwide, besides Our Revolution approval — appears be a strong belief in representing their constituencies.

That might mean different things in different places, but for the establishment, it means the two dominant parties may need to make some sincere changes, and fast. But given the apparent success of the underdogs this season — and the dramatic loss politics as usual cost in 2016 — would that really be a bad thing?