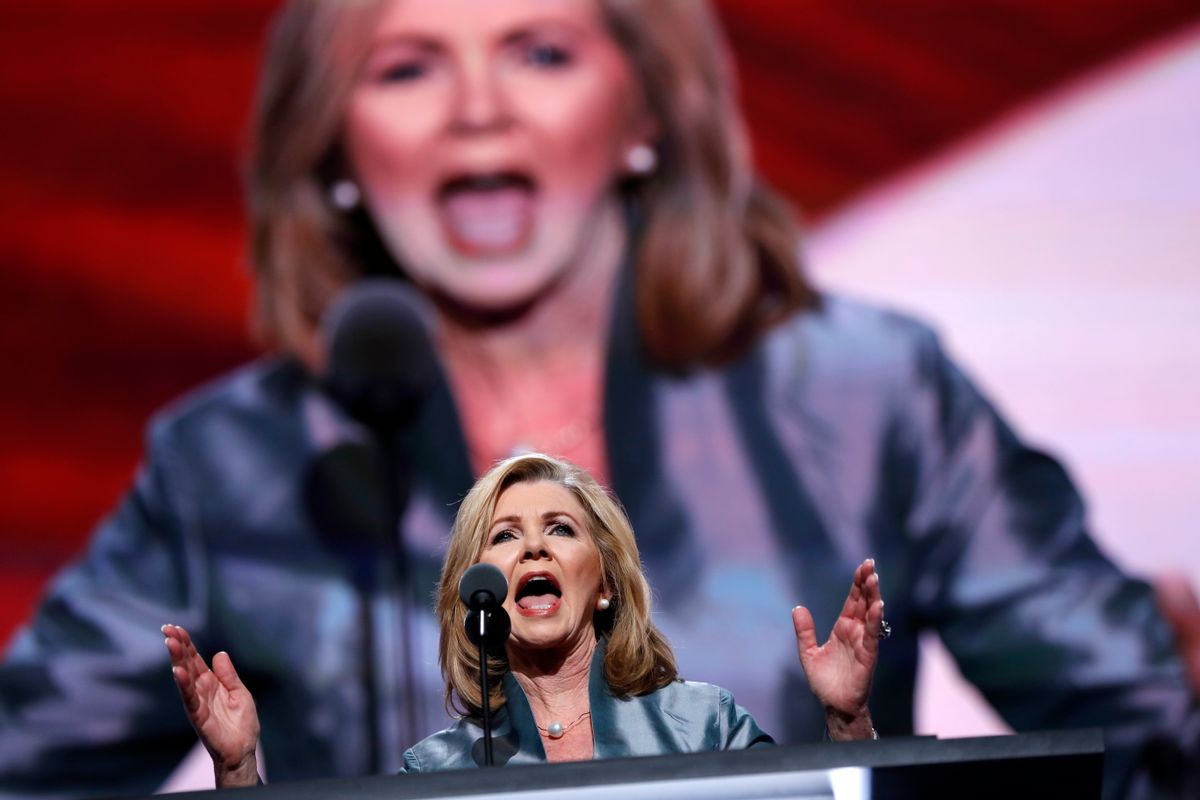 Twitter made a rather unprecedented move Monday by pulling a campaign ad produced by a candidate for the U.S. Senate. Tennessee congresswoman Marsha Blackburn promoted a controversial ad on Twitter Monday that mentioned her advocacy to stop "the sale of baby body parts," a blatant reference to a deceptive video about Planned Parenthood's abortion practices. Twitter informed Blackburn's campaign that the ad had been blocked for being "inflammatory," the Associated Press reported.

While the decision bars Blackburn from paying to promote the video on Twitter, it doesn’t keep it from being linked via YouTube and other platforms, the AP added.

In the ad, Blackburn ran through a list of her Tea Party bona fides, from her love of guns to her contempt for people who kneel during the national anthem. She also said, "I fought Planned Parenthood and we stopped the sale of body parts, thank God.”

.@Twitter shut down our video ad, claiming it's "inflammatory" & "negative." Join me in standing up to Silicon Valley → RETWEET our message! pic.twitter.com/K3w4AMgW6i

“I know the left calls me a wingnut or a knuckle-dragging conservative,” she added in the video. “And you know what? I say that’s all right. Bring it on.”

Twitter brought it on by banning the video from its promotion services. In an email to Blackburn's campaign, obtained by BuzzFeed News, the social media platform said that the "baby body parts" line prevented it from going viral.

"The line in this video specific to 'stopped the sale of baby body parts' has been deemed an inflammatory statement that is likely to evoke a strong negative reaction," the email said. "If this is omitted from the video it will be permitted to serve."

Blackburn's statement about "the sale of baby body parts" was a reference to right-wing hoax videos that alleged Planned Parenthood was illegally profiting off the sale of fetal tissue.

Blackburn was the chair of a Republican-run House panel created to investigate Planned Parenthood. She repeatedly mentioned the "body parts" charge during the investigation, AP reported.

The anti-abortion videos were found to be deceptively edited, and the only people charged with crimes from the videos were the two conservative activists who filmed them. The investigation led to a report that criticized Planned Parenthood, but the nonprofit was found of no criminal wrongdoing.

Twitter's attempt to censor Blackburn's video could be a turning point for the social media platform. In a world where politicians exploit the internet to propagate fake news, Twitter may have a responsibility to stop the dissemination of false information. Twitter thought it had a duty in this case, anyway.