The Alabama Senate candidate received a $180,000 a year salary for part-time work at his Foundation for Moral Law 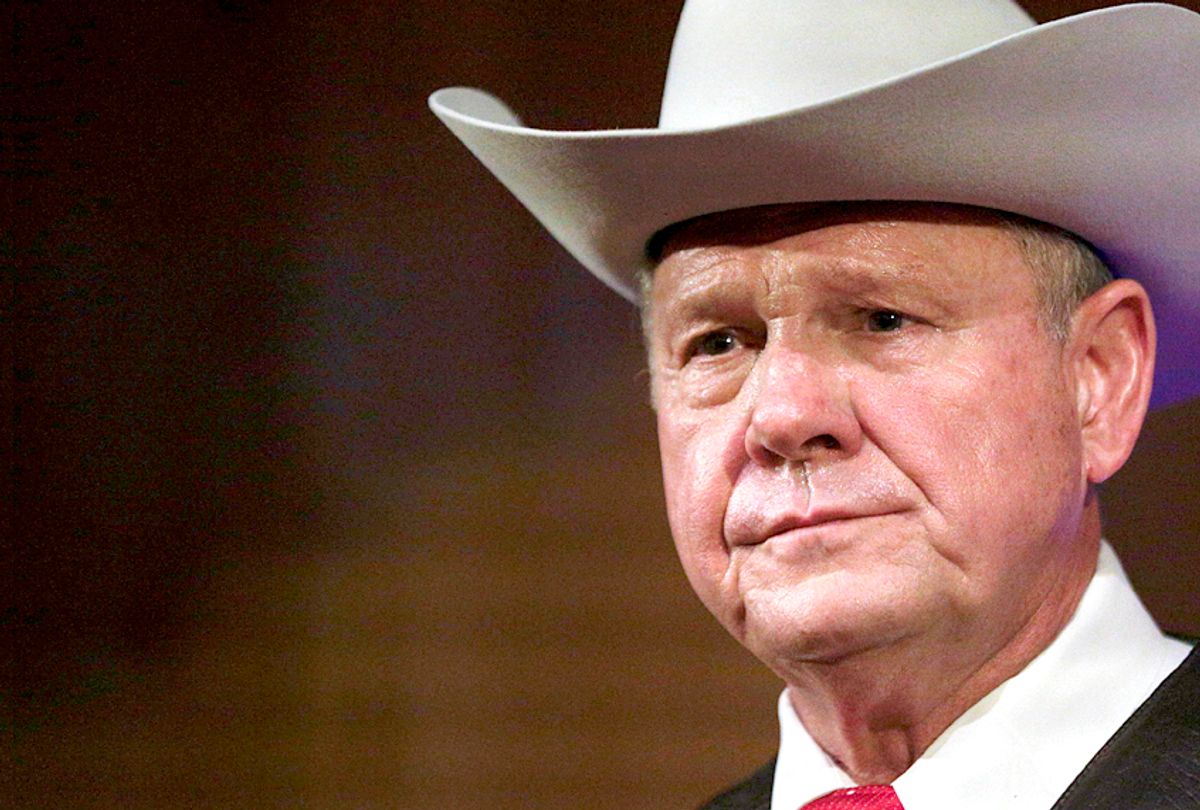 Judge Roy Moore, the Republican nominee in the Alabama Senate race, is under fire for understating the income he received from a charity he founded.

Although Moore had previously claimed that he did not draw a "regular salary" from the Christian charity, Foundation for Moral Law, he actually earned $180,000 each year for his part-time work there, according to a Washington Post investigation. Overall, Moore took home more than $1 million during his tenure as president of the charity, from 2007 to 2012.

In 2012, when the Foundation for Moral Law couldn't afford Moore's full salary, they gave him a promissory note for either back pay, that would eventually be worth $540,000, or a stake in a historic building in the Alabama city of Montgomery. One charity official said that Moore still owns the promissory note.

The Foundation for Moral Law has faced scrutiny prior to this recent revelation. The Campaign Legal Center, a Washington watchdog group, accused the charity of illegally promoting Moore's Senate campaign. Moore's wife, Kayla, sent a statement to the Post claiming that the Facebook page promoting her husband's campaign was "not an official page of the Foundation for Moral Law." Andrew Kaczynski of CNN has accused Kayla Moore of lying to the Post, pointing out that "the page is linked from the website and Kayla Moore runs the Facebook page."

When it comes to the issue of questionably using funds from one's own charity, Moore has good company. Trump himself was revealed to have spent $258,000 from his charitable foundation to settle lawsuits involving his for-profit businesses, possibly violating a law against self-dealing, in the process. Trump also potential flouted this law by spending $10,000 of the charity's money on a portrait of himself and $5,000 to advertise some of his hotels.

This didn't stop Trump from accusing Hillary Clinton of running a "criminal enterprise," during the third 2016 presidential debate, because of controversies involving her own charity, the Clinton Foundation. He accused the charity of pay-to-play practices — that donors received special access to the Clintons, that it accepted donations from human rights abusers like the governments of Qatar and Saudi Arabia and that it poorly planned how it spent its funds in Haiti.