The next Tom Price may be Ryan Zinke, who has also made generous use of government jets 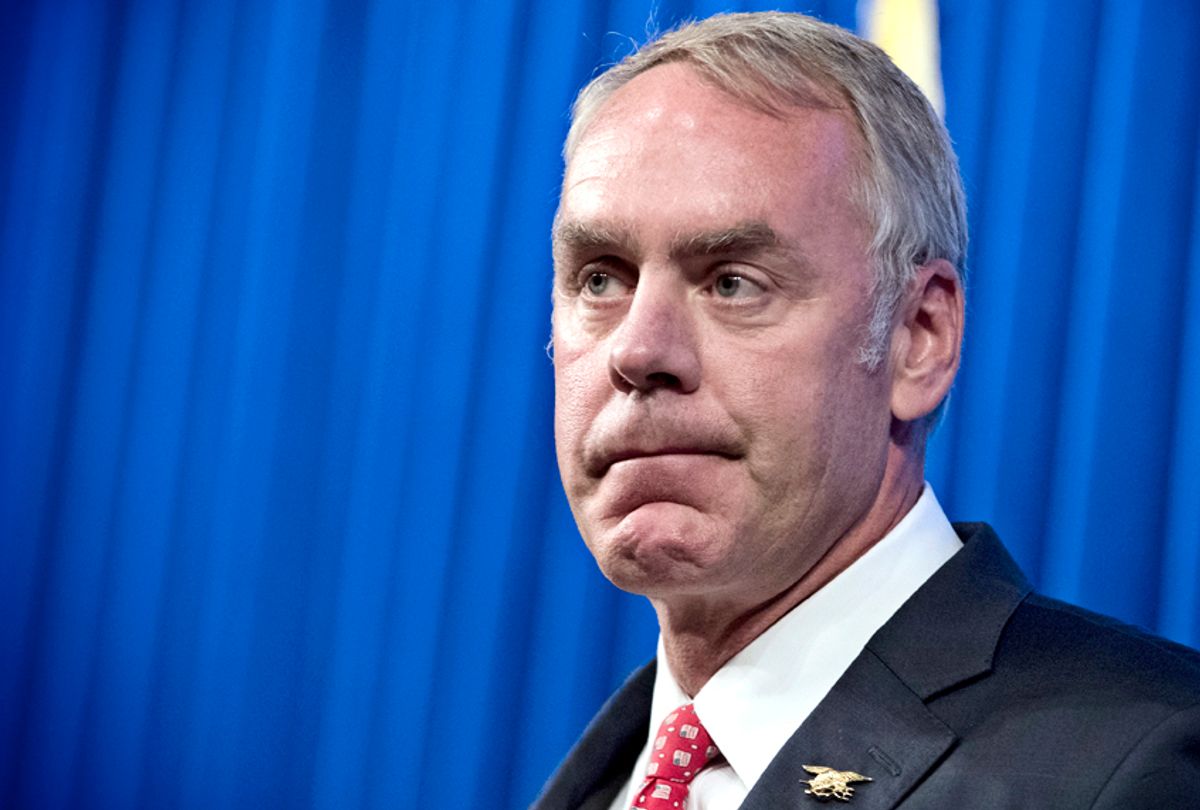 Zinke attended one fundraiser in March at a ski resort in Big Sky, Montana, to raise money for Republican Sen. Steve Daines. Donors paid up to $3,000 to attend, according to sources and documents reviewed by Politico. Zinke also appeared at a fundraiser for Rep. Don Young at a steakhouse in Anchorage, Alaska, Politico reported.

The report comes in the wake of Tom Price's resignation as secretary of Health and Human Services. Officials of the Trump administration came under intense scrutiny last month for their use of luxury travel on the taxpayer's dime. Moreover, members of President Donald Trump's Cabinet have recently been reprimanded for mixing political actives with official business.

Last week, The Washington Post reported that Zinke and his staffers took a four-hour flight from Las Vegas to Montana aboard a private plane owned by the executives of a Wyoming oil-and-gas exploration firm. The flight cost taxpayers $12,375, according to an Interior Department spokeswoman.

Zinke's attendance at a political fundraiser in Big Sky in March, along with his appearance at a steakhouse fundraiser in Anchorage, occurred on trips that Zinke took for official Interior Department business. The Hatch Act forbids federal officials from participating in partisan political activities while using government resources.

“The Interior Department under the Trump Administration has always and will always work to ensure all officials follow appropriate rules and regulations when traveling, including seeking commercial options at all times appropriate and feasible, to ensure the efficient use of government resources,” Interior Spokeswoman Heather Swift said in a statement, Politico reported.

The Interior secretary is not the only Zinke under scrutiny. A government watchdog group sued the Interior Department last week, seeking records of any money spent on travel for Zinke's wife, Lola Zinke, CNN reported.

American Oversight claimed Lola Zinke "has played an unusually prominent role" at the department, including joining her husband "extensively on his official travel." Lola accompanied her husband on at least two trips to California and Norway, the watchdog group alleged.

The group said it wants to know "what role Secretary Zinke's wife is playing in running the department, how much it's costing taxpayers, and why she was jetting off to Europe with her husband on a military plane."