The NFL player protesters turn into labor heroes thanks to Trump, Jerry Jones 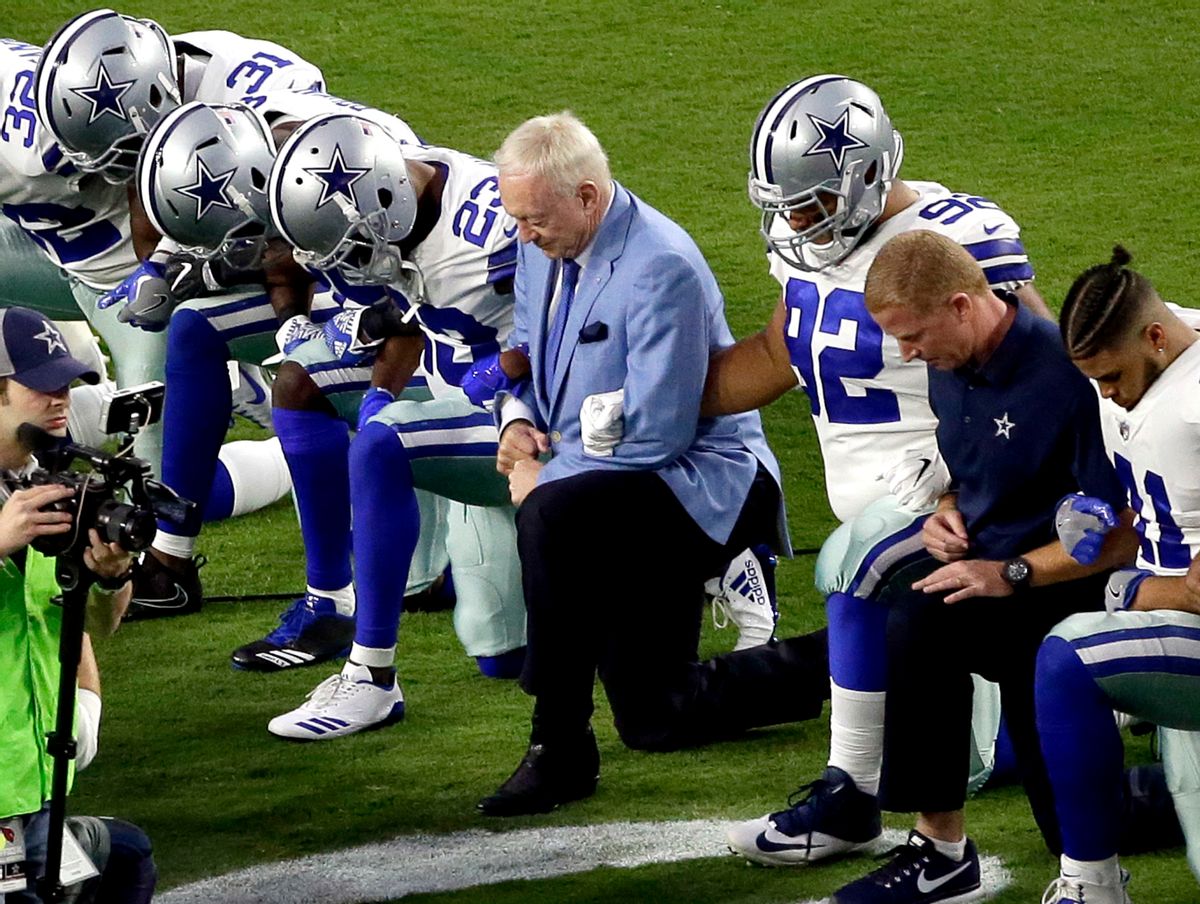 Unwittingly or otherwise, President Donald Trump has managed to make the NFL player protests into a legitimate and important political display.

On Wednesday morning, Trump praised NFL commissioner Roger Goodell, who sent a letter to all 32 NFL team owners saying that "everyone should stand for the national anthem."

Prior to that letter, the NFL players were facing public criticism from President Donald Trump, but nothing that directly threatened their own careers. Although Goodell stopped short of recommending specific punishments for players who protested racial injustice by refusing to stand for the national anthem, the mere fact that the head of the league gave this order took what was a free speech issue (culturally if not legally — the First Amendment only prohibits government censorship) and turned it into an issue of labor politics, too.

This point wasn't lost on Local 100 of the United Labor Unions in Texas, which filed a complaint against the Dallas Cowboys on Tuesday after owner and general manager Jerry Jones said he would bench any players that refused to honor the anthem.

"The employer, evidenced by repeated public statements, is attempting to threaten, coerce and intimidate all Dallas Cowboys players on the roster in order to prevent them from exercising concerted activity protected under the act by saying that he will fire any players involved in such concerted activity," wrote Local 100 in their complaint.

Although Jones did not threaten to fire the players, but merely refuse to let them play, Local 100's chief organizer Wade Rathke argued that it's a "distinction without difference when it comes to the law."

One of the main criticisms of Trump's response to the NFL protests is that he's responding at all. Given the devastation in Puerto Rico after Hurricane Maria, the possibility of armed conflict with North Korea and the Republican Party's ongoing push to pass tax reform, it would seem that Trump could better spend his time engaged in governing rather than picking cultural battles.

What has become increasingly clear, however, is that popular culture has become inextricably linked with politics. Indeed, the mere fact that Trump is president proves this point, as he ascended to that office based purely on the power of his celebrity. Now that he has validated the political relevance of other celebrities who use their fame as a platform — in this case, NFL players protesting racial injustices in America — he has made them into legitimate political actors.