Can Republicans get sentencing reform past Trump and his base?

Even Javanka and GOP senators want criminal justice reform, but Trump and his racist base are a massive obstacle 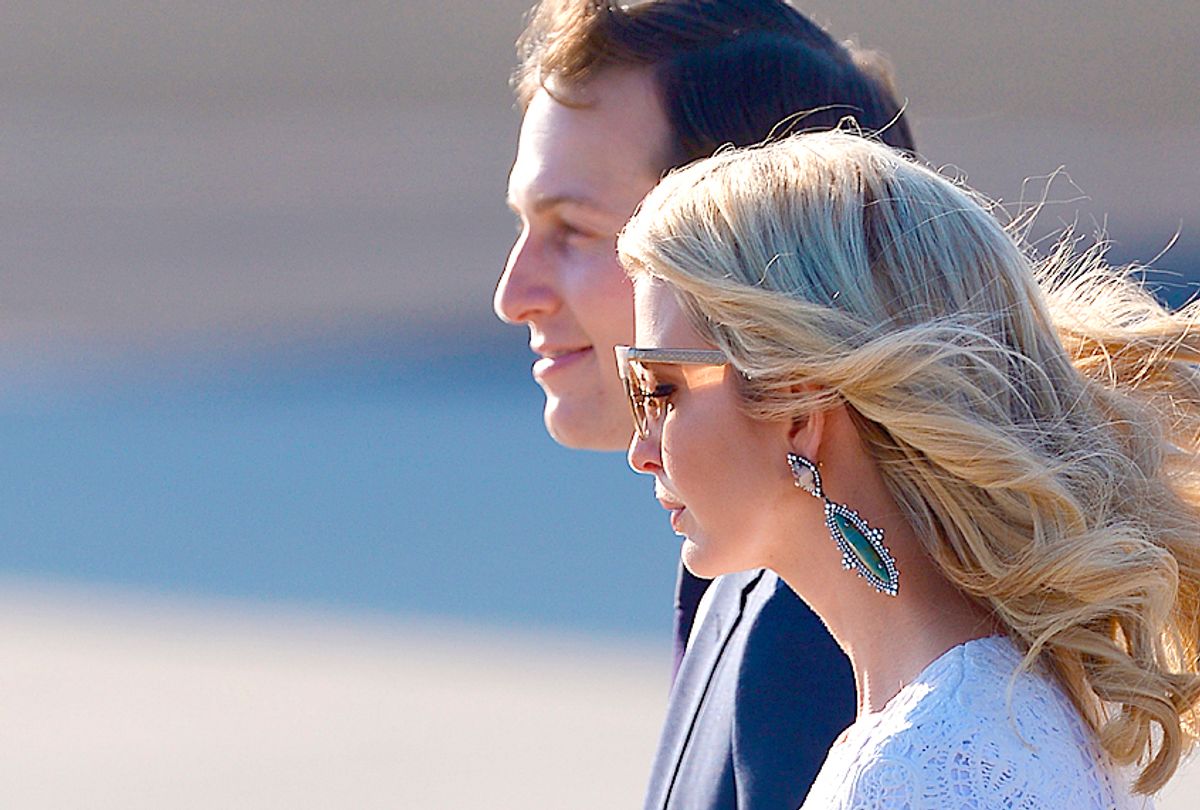 With the presidential election in the rearview mirror, a genuinely bipartisan group of senators, led by Republican Chuck Grassley of Iowa and Democrat Dick Durbin of Illinois, are hoping for real movement on the issue of criminal justice reform. Last week, Grassley and Durbin introduced a new version of the Sentencing Reform and Corrections Act, a bill Senate Majority Leader Mitch McConnell killed off during the campaign season, seemingly for political reasons.

This coalition that supports reduced sentences for nonviolent offenses even has an audience in the White House: Donald Trump's daughter and son-in-law, Ivanka Trump and Jared Kushner, hosted a bipartisan dinner with prominent senators to discuss the issue.

But even though it's not an election year, there's real reason to believe that this move towards criminal justice reform is opening up fissures in the conservative coalition. Bluntly put, the more racist forces in the party — the ones that got Trump nominated and elected in the first place — don't like the idea of criminal justice reform and aren't afraid to kick up an intra-party fight in order to maintain the staggeringly high imprisonment levels in the United States.

"Most of the mainstream Republican party, traditional Republican leaders like Chuck Grassley, are very invested in the criminal justice debate. They want to see it done," Ames Grawert, counsel for the Brennan Center’s Justice Program, explained to Salon. "It’s this insurgency 'alt-right side,' of which I think Jeff Sessions is one iteration, that is opposing sentencing reform to any extent."

The fight against mass incarceration has been largely associated with the left and the Democrats — Hillary Clinton's campaign platform promoted policies aimed at ending the era of mass incarceration, for example — but there's actually been a surprising amount of leadership from Republicans on this issue over the past few years. Republican-controlled state governments such as those in Texas, Georgia and Kentucky have made real progress in trying to reduce their prison populations through surprisingly progressive reforms. And most people familiar with the issue say that Republican senators like Grassley, Mike Lee of Utah and Tim Scott of South Carolina are really dedicated to reducing long prison sentences, especially for nonviolent, drug-related offenses.

The reasons for this shift are both moral and pragmatic. "When the fiscal crisis hit," said Inimai Chettiar, director of the Brennan Center's Justice Program, conservatives "were much more focused on this fiscal angle," but added that a growing church-based effort to reach out to imprisoned populations has also led many Republicans to come to this "from a moral angle and a religious angle."

“When faced with the need to save costs, they couldn’t help but notice the burdens that departments of corrections were creating,” added Kara Gotsch, director of strategic initiatives for the Sentencing Project, in discussing why state-level Republicans have taken the lead on this issue.

Gotsch also feels that mass incarceration is such a widespread problem that it's "hard for anyone not to know someone who’s been touched by the criminal justice system." This, she feels, is also provoking more compassion from some Republicans.

"Some" being the operative word here. The grim fact of the matter is that criminal justice continues to be an intensely racialized issue in the United States. For a big chunk of the right-wing base — the chunk that enthusiastically supported Trump over slightly more reasonable options during the 2016 Republican primaries — the desire to use the criminal justice system as a weapon against people they don't like, especially people of color, takes priority over any moral or fiscal concerns.

Breitbart's reaction to Ivanka Trump and Jared Kushner holding a dinner to discuss criminal justice reform, for instance, left no questions about the opinion of the deplorables on this front.

The story, written by Adam Shaw, continued to paint sentencing reform as a boutique concern for out-of-touch liberals, calling the Trump-Kushner couple the “West Wing Democrats” and the “royal family” that does nothing but cause “periodic confusion and resentment” in the White House.

Clearly, Team Breitbart is worried that Trump's daughter and son-in-law might prevail over the lock-'em-up forces led by Sessions and over the president's ugly tendency to view this issue through a racial lens.

But as much as Breitbart and other "alt-right" forces want to frame this as a partisan issue, the reality is that "Sessions and Breitbart are at odds with their own party on this," Chettiar said.

"The winds are blowing towards reform," Gotsch added, saying that "the number of people who think the way [Sessions] does is getting fewer and fewer."

Still, there's reason to be worried, because Trump won on a race-baiting platform and continues to stoke the racist impulses in his base with stunts like Mike Pence staging a walkout at an NFL game for the sole purpose of trolling Black Lives Matter activists.

Sessions and Trump have been "trying to create fear about crime and people who commit crime," Gotsch said, adding that the presidential "bully pulpit" might chill not just the possibility of sentencing reform in Congress, but also state-level Republican politicians who would otherwise consider such bills.

Another problem is that Sens. Orrin Hatch and Rand Paul are trying to hijack the criminal justice debate to introduce a bill that would change mens rea statutes to make it easier for white-collar criminals to avoid charges on crimes like financial fraud by claiming that they had no criminal intent. The Obama administration opposed this effort, and Democrats by and large continue to do so. But Republicans might try to attach this provision to a sentencing bill or use it as leverage to get more Republican support for a mens rea bill, which might force the Democrats to pull out and doom a rare chance for bipartisan cooperation.

But most of the experts who spoke to Salon felt that, at least in the Senate, the tide is turning on this particular issue. Grassley seems uninterested in allowing the reform debate to be hijacked by special interests who want to protect white-collar crime, and the pressure campaign, led by the Koch brothers, to make the mens rea issue a central concern seems to be gaining little traction.

So there's hope for actual reform. Right now, things seem relatively quiet on the right, beyond the Breitbart tantrum. Chettiar said she thinks Grassley wouldn't have reintroduced his sentencing bill if he didn't suspect Trump was open to signing it. But if this bill starts to move forward, there's a clear danger that the Breitbart crowd could turn up the volume on the race-baiting, "law and order" rhetoric — and that sort of discourse hits Trump right in his bigoted lizard brain. Sentencing reform is badly needed; what we don't know is whether the chaotic politics of Trumpism will allow it to happen.