How much did Americans pay for Mike Pence's NFL walkout stunt? 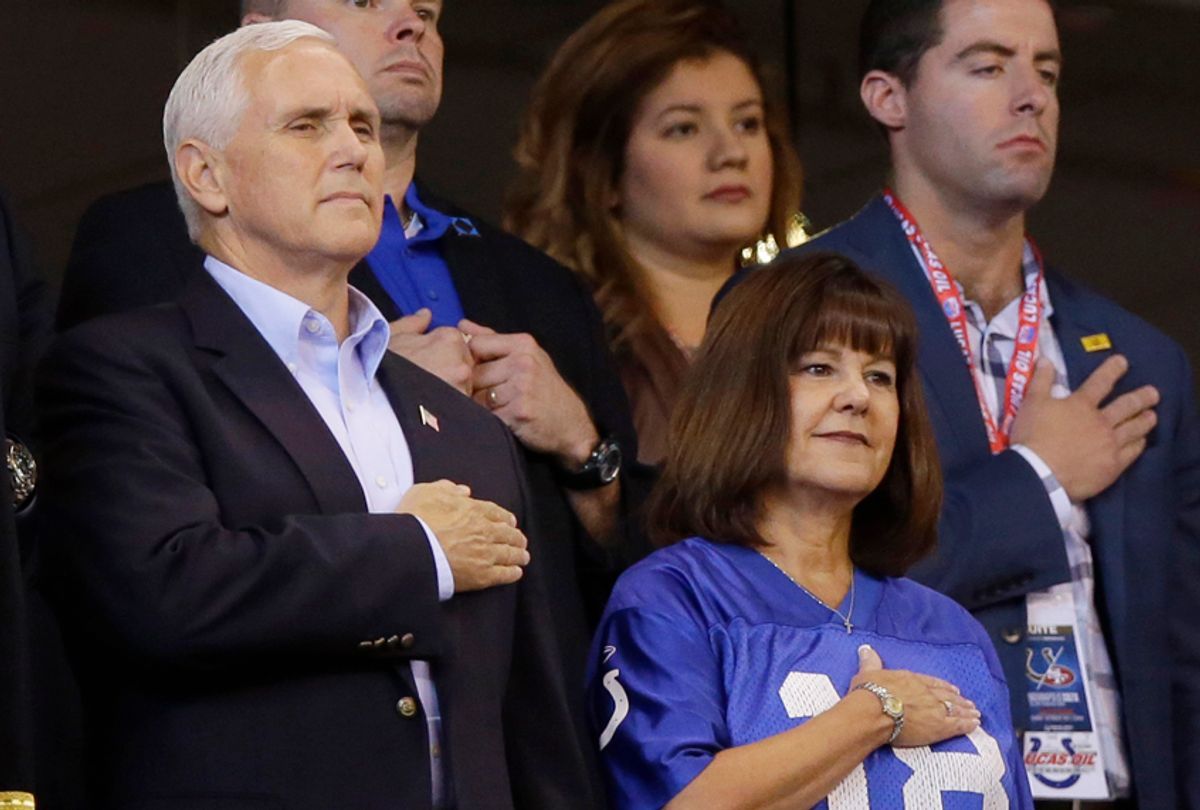 Mike Pence and his wife, Karen, at a game between the Indianapolis Colts and the San Francisco 49ers, Oct. 8, 2017, in Indianapolis. (AP/Michael Conroy)
--

When Vice President Mike Pence walked out to express his dissatisfaction with NFL players' national anthem protests, he was executing a plan that had been orchestrated with his boss, President Donald Trump.

Journalists who joined Pence and his wife, Second Lady Karen Pence, were told by a staffer that they should stay in their vans because "there may be an early departure from the game," according to CNN. Both Trump and Pence later confirmed on Twitter that they planned Pence's walk out in advance as a way of conveying the administration's dissatisfaction with the NFL player protests.

Even before Trump and Pence admitted that the vice president's walkout was staged, at least one of the players at the Colts-49ers game managed to see right through it — San Francisco 49ers safety Eric Reid.

"This man is trying to confuse the message that we're trying to put out there," Reid told reporters. "I would like to believe that he's such a busy man that he hasn't had time to hear our message, but this has been going for over a year now so I know that's not the case."

From Reid's perspective, "until he can prove that he's been an avid Colts fan and he comes to NFL games on a regular basis, this is a PR move."

There is also controversy about the expense that went into Pence's planned walkout. According to CNN's Kevin Liptak, an Air Force Two flight costs $42,936 per hour. Given that Pence flew to Indianapolis from Las Vegas to attend the game, then flew to Los Angeles on the following morning, that means he spent more than $200,000 on the transportation alone necessary to pull off his PR stunt.

This doesn't include the expense for the hotel room and security.