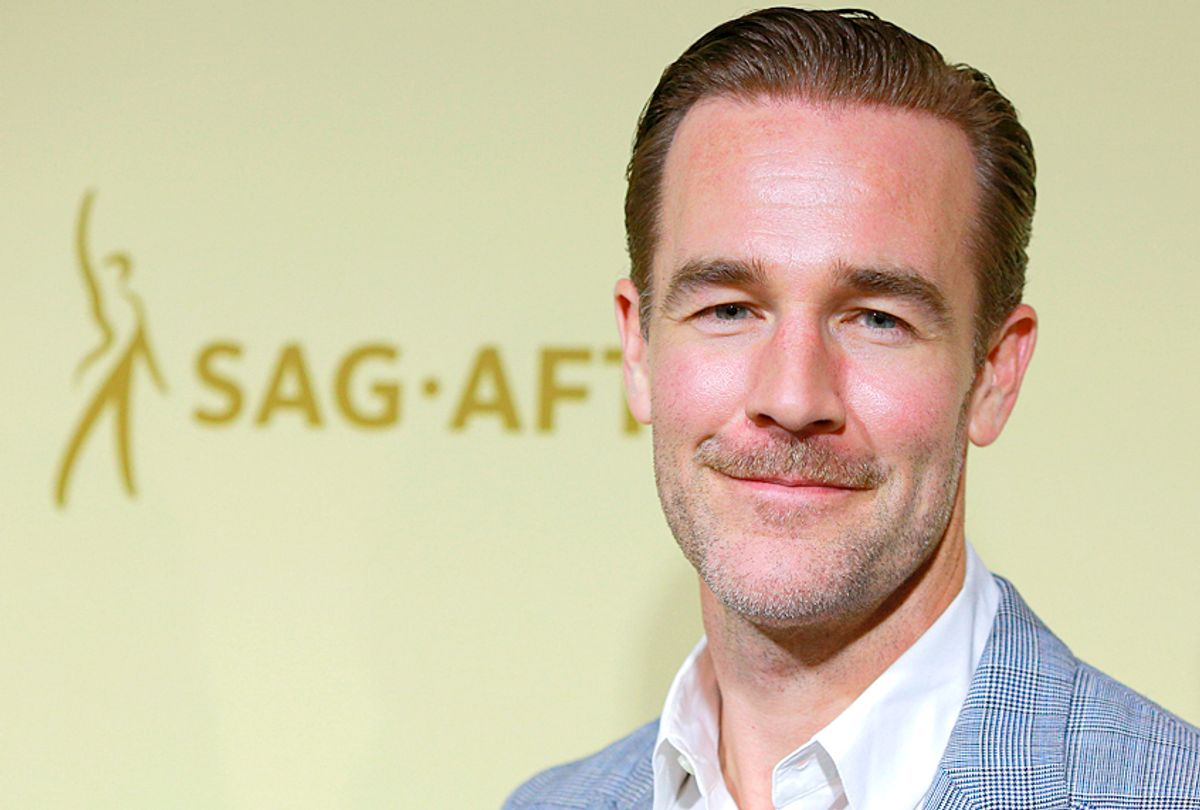 The power dynamic central to most sexual harassment and assault cases is now front-and-center in headlines and social media thanks to the various exposés detailing producer Harvey Weinstein's alleged three decades of sexual abuse to actors, employees, reporters and more. Yet, as more revelations of harassment and violence toward women emerge, the less talked about fact that men can be and often are victims of sexual abuse too is coming to the fore.

On Wednesday, actor James Van Der Beek bravely revealed on Twitter some of his early career experiences involving sexual harassment. "I’ve had my ass grabbed by older, powerful men, I’ve had them corner me in inappropriate sexual conversations when I was much younger . . . ," he wrote.

I’ve had my ass grabbed by older, powerful men, I’ve had them corner me in inappropriate sexual conversations when I was much younger...

"I understand the unwarranted shame, powerlessness & inability to blow the whistle," he continued. "There’s a power dynamic that feels impossible to overcome."

I understand the unwarranted shame, powerlessness & inability to blow the whistle. There’s a power dynamic that feels impossible to overcome

Van Der Beek began his Twitter statements by saying "What Weinstein is being accused of is criminal," he said. "I applaud everybody speaking out."

What Weinstein is being accused of is criminal. What he’s admitted to is unacceptable - in any industry. I applaud everybody speaking out.

The "Dawson's Creek" actor's disclosure came after another man in the industry, Terry Crews, shared his own episode of sexual harassment in Hollywood, noting that the Weinstein spiraling list of allegations were giving him "PTSD." The actor, who is 6'3 and well over 200 pounds, described the time a "high level Hollywood executive came over 2 me and groped my privates" at a function last year in front of his wife. He too felt silenced by the high-profile executive's power and influence.

No doubt, women still make up the majority of victims of sexual harassment and assault, but the number of men coming forth with their stories of abuse is rising. In 2011, men made up 16.1 percent of complaints of sexual harassment. By 2013, that number increased to 17.6 percent, according to harassment charges filed to the U.S. Equal Employment Opportunity Commission. One out of every 10 rape victims is male, RAINN reports. A National Crime Victimization Survey found that 38 percent of sexual violence incidents in households were against men.

While shame is something sexual abuse victims of all genders face, men have to navigate a series of barriers somewhat different from women when coming forward with their stories. As Slate explained, even the FBI definition of rape had long left out men: "For years, the FBI defined forcible rape, for data collecting purposes, as 'the carnal knowledge of a female forcibly and against her will.'” This description was not rectified until 2012.

Traditional and archaic standards associated with masculinity and vulnerability have not helped to open up space for men to talk about their own experiences of sexual violence. Indeed, trying to appear "strong," trying to appear like a "real man," often prevents victims from coming forward and beginning the healing process. In attempting to meet society's standard of the tough, masculine male, victimized men often make themselves weaker, opening themselves up to untreated PTSD and other forms of mental illness, substance abuse and suicide. It's something we've all seen in the wake of church abuse scandals and studies of prison populations, but the footprint of sexual harassment and sexual violence toward men is far wider than that.

Sexual abuse against men cannot be normalized, and a reckoning of the way the power inherent in rape culture also affects men does not take away from the prominence or urgency in addressing sexual violence against women. Men can be our allies in the fight for justice and in the face of sexual assault, but we must acknowledge that sometimes they can also be survivors.