Samantha Bee takes on Harvey Weinstein for all of us

Unlike her male counterparts, the "Full Frontal" host was unequivocal in her denunciation of Weinstein 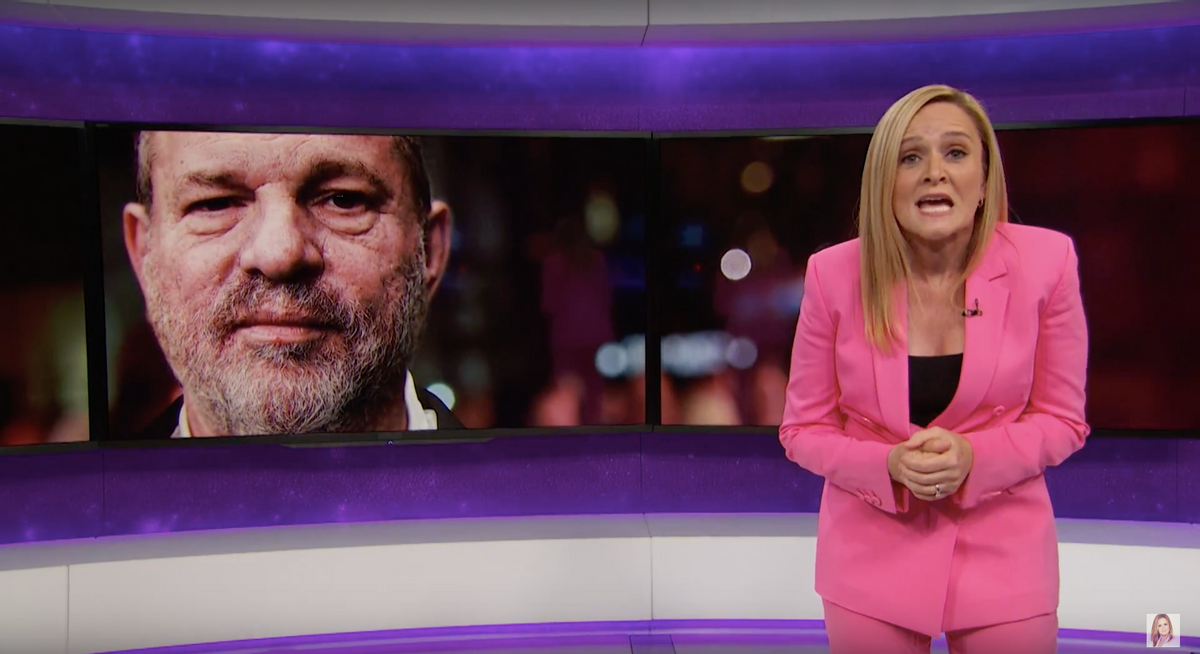 Most of late-night TV, comprised mostly of funny men, has been conspicuously silent on the Harvey Weinstein scandal. But on Wednesday, Samantha Bee dedicated most of her show to the story that broke Hollywood. The "Full Frontal" host went after Weinstein’s response to the reports that he’d sexually harassed women the better part of two decades.

“When the scandal broke, Weinstein made an apology-like statement in The New York Post, saying, ‘I have got to change, I’ve got to grow, I know a lot of people would like me to go into a facility.’ Oh my God, I’m so behind in the slang. Is a facility what people call hell?” Bee quipped in her monologue.

“Oh, give me a break, White Cosby," she added. "Nobody asked for your ‘all about mea culpa.’ Don’t blame the ’60s and ’70s for your shitty decision making. It’s serial sexual harassment, not a Monkees tattoo.”

Bee later took aim at all men, offering sage advice for anyone looking to avoid Weinstein's current situation. Because of the growing list of sexual harassers, Bee released “Penis PSA” to let men know the dos and don'ts involving their penis:

And also, while I have you here: Men, I’m sorry to break this to you, but your dick is ugly. No one wants to see your dick in any context. Even the straightest, horniest woman who loves you the most is hoping you can get it inside her without her having to look at it. So definitely don’t show it to strangers. Don’t text pictures of it to people, and don’t whip it out at film festivals. Your dick is objectively the worst thing about you. If you want to send a lady a picture of something, try your nipple, or a pinkie toe, or a favorite mole!