Trump's recent orders are designed to systematically destroy the health care system in the U.S. 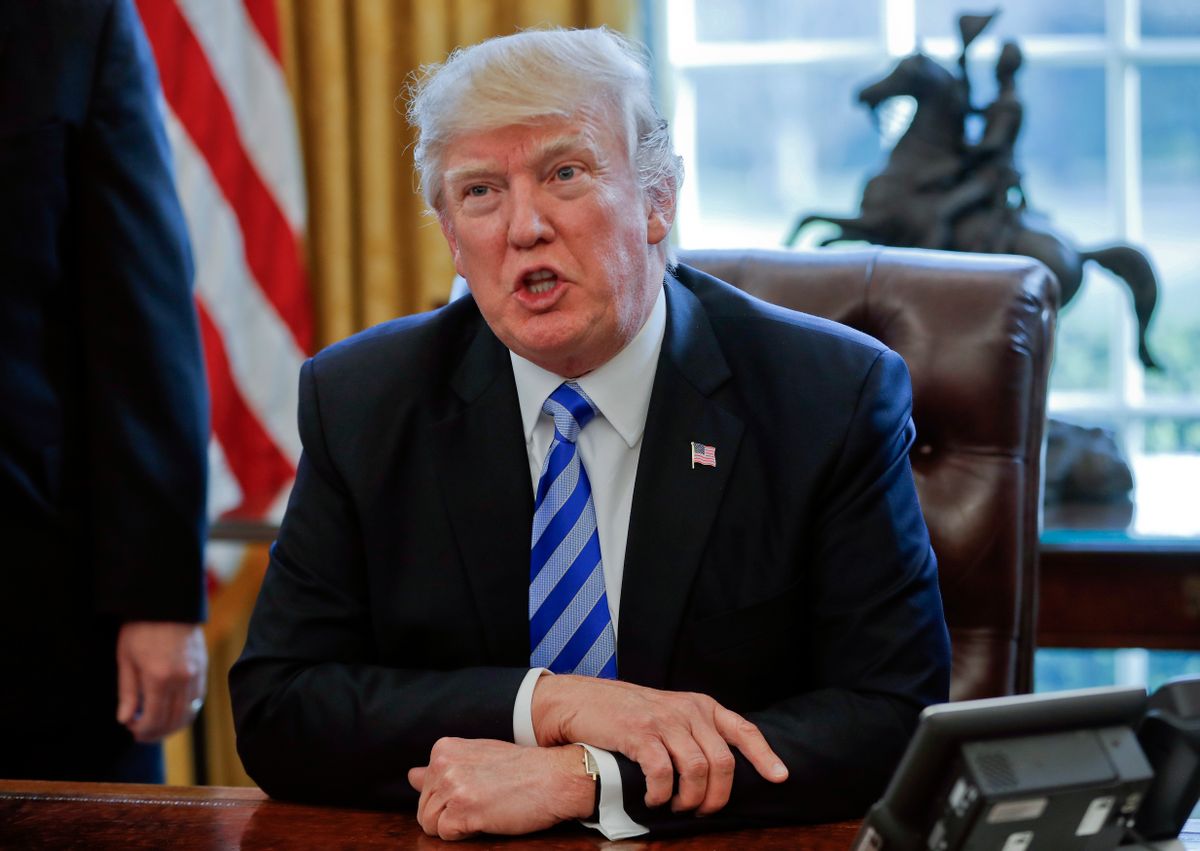 If President Donald Trump didn't want the American public to believe that his recent executive actions against the Affordable Care Act weren't a deliberate attempt to sabotage it, he probably shouldn't have sent out this tweet Friday morning.

By offering Democrats to "call me to fix" health care, he made it very clear that he knew his actions weren't fixing the health care market. It's quite the opposite: He's engaged in a program to systematically destroy health insurance for Americans after Congress tried and failed to overturn Obamacare.

So what exactly has the president done this week to destroy Americans' health care? Let's count the ways.

1. On Thursday evening, Trump announced that he will cut off subsidy payments to health insurance companies that sell coverage under the Affordable Care Act, according to Politico. Because Congress hadn't yet allocated money for the program, this policy could take effect almost immediately, depriving insurance companies of subsidies that were estimated at $7 billion this year alone. As a result, insurance companies may offset the difference by dramatically increasing their prices. In California, for instance, a 12.5 percent surcharge was added to silver plans in the event that the Obamacare subsidies were pulled, although putting them on silver plans means that — at least in this one state — taxpayers will wind up footing the bill.

2. Earlier on Thursday, Trump signed an executive order that requires the Department of Labor to find ways that will allow small businesses and individuals to use nationwide association health plans to buy insurance. As a result, there is the growing possibility that younger and healthier people will choose to use plans that offer fewer benefits but are priced lower, which would consequently raise premiums for sicker and more elderly Americans still using the exchanges established by Obamacare.

3. Trump's executive order on Thursday will also make it easier for patients (again, most likely younger and healthier ones) to buy short-term policies that don't meet Affordable Care Act regulations regarding pre-existing conditions. Similarly, it will permit employers within the same industries to offer group coverage across state lines, as well as make it easier for businesses to require their employees to pay for their own insurance using reimbursements instead of spending money on it themselves.

4. The Q&A section of a document issued by the administration to explain its Thursday executive order raised the possibility that Trump will relax enforcement on the individual mandate, which could also cause premiums to increase.

"The administration believes Congress should repeal the individual and employer mandates — respective penalties, enforced by the IRS, on people who fail to purchase Washington-approved coverage and employers with at least 50 workers that fail to offer Washington-approved coverage," the document explained. "While HHS has the ability to define a hardship exemption for the purpose of the individual mandate, the tax penalties are contained in the Internal Revenue Code and only Congress can change the law."

Trump's hated of Obamacare has defined his political career, including an infamous passage from the announcement speech that kicked off his 2016 campaign.

"Obamacare kicks in in 2016. Really big league," Trump said in 2015. "It is going to be amazingly destructive. Doctors are quitting. I have a friend who's a doctor, and he said to me the other day, 'Donald, I never saw anything like it. I have more accountants than I have nurses. It's a disaster. My patients are beside themselves. They had a plan that was good. They have no plan now.'"

In fact, a survey conducted by The Washington Post at the time found that doctors were as split on their support for the law as was the rest of the American public. By September, 60 percent of Americans said they wanted Obamacare to either remain as is or modified so it could do more; just over one-third wanted it either scaled down or repealed.