Fears Themselves: With "Lore," a hit podcast comes to TV

A new anthology series takes us to the crossroads where history and horror meet, with mixed results 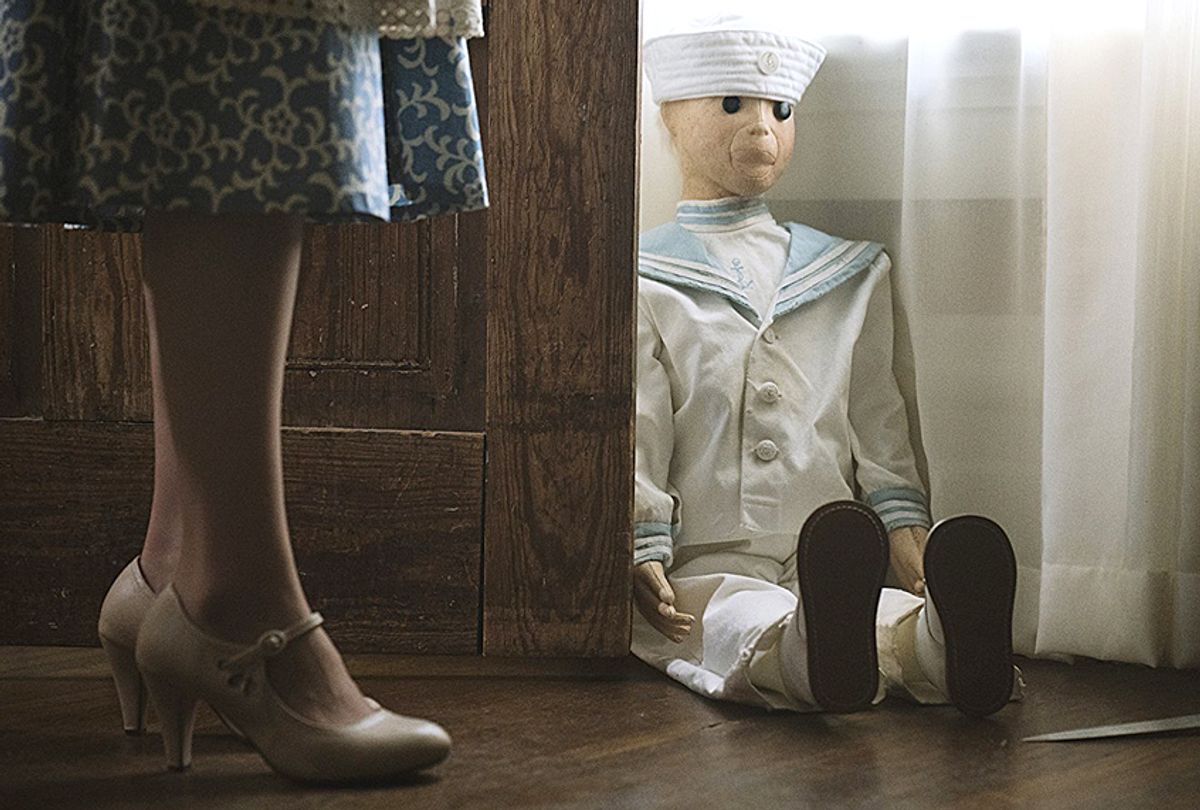 Listening provides a decidedly different experience than seeing. This explains some of the attraction of podcasts. To workers saddled with rote tasks, the podcast is a stimulating friend that keeps them entertained, fascinated or terrified. Podcasts such as “Lore” stealthily educate as well, unearthing the origins of legends or bizarre chapters in science by tracing their paths through history.

Aaron Mahnke builds each of his episodes in a way that maximizes ambiance. Equal parts storyteller, journalist and historian, Mahnke’s genial manner of speaking never changes, regardless of the stark and often chilling twists his tales take. Minimalist piano melodies languidly sparkle behind his smoothly written fact-based mysteries and, in a way, the accompaniment completes the transformational spell that turns his history lessons into ghost stories.

“Lore” as an aural experience already has seduced millions. “Lore” as a television series, currently available to Amazon Prime subscribers, sacrifices some of the magic by removing the space the podcast leaves for the listener’s imagination to run free. Even more disappointing, some of the live action sequences have the tone of the cheap re-enactments that formerly served as the bread and butter of the History Channel.

Not even an actor of Campbell Scott’s caliber can save an episode initially about consumption, known as “They Made a Tonic,” although the charming animation sequence that opens the chapter maintains a portion of the original format’s relative whimsy.

But then, a person’s enjoyment of “Lore” may be largely dependent on how much affection she has for podcasts or any audio storytelling format.

Years ago, Showtime made a limited series based on the public radio program “This American Life” that hewed closely to the original’s style and feel. As a fan, seeing made-for-TV versions of the stories that host Ira Glass curated was pleasant and charming but, within the larger context of the medium, entirely unremarkable.

And the creators of the radio program acknowledge this in a post about the series on its website. “Some things about the radio show were easy to duplicate on TV,” it reads. “The hard part was everything else. First of all, there are lots of shows on television that tell true stories about real people: newsmagazines like 20/20, reality shows like 'Intervention' and 'The Bachelorette,' hard news documentaries like 'Frontline,' and just about every single program on MTV. How could we make our show stand out from this crowd?”

Despite their best efforts, they couldn’t. The TV series ended, but the radio show remains very popular.

You can witness “Lore” wrestling with these same issues. It has the benefit of trafficking in the freaky, fascinating and (for the most part) lesser known chapters of history. On the show, as in the podcast, Mahnke’s monologues glide with grace and aplomb, though his narrative style works better on his podcast than in the series. To an uninitiated viewer, Mahnke’s signature inflections and crisp halts have an odd choppiness, and at times they distract from the action as opposed to augmenting it.

Mahnke is a talented curator of historical tales, however, and the nature of some of his subjects do the heavy lifting for him. “Echoes” is a gut-churning look at the disturbing story of Dr. Walter Freeman (Colm Feore) and his development of the icepick lobotomy.

Mahnke uses Freeman’s story as a jumping off point about the medical profession’s barbaric, backward history regarding the treatment of mental illness. Feore is unnervingly cheerful and frigid as Freeman, who nonchalantly adopts the pep of a door-to-door salesman as he butchers a patient’s brain in a demonstration for colleagues and the press.

But in that segment, Mahnke and the brand he created almost seems unnecessary.

“Lore” may have been better served if its executive producers, including Ben Silverman and Gale Anne Hurd, granted the title more stylistic distance from the podcast, allowing the auditory format to beguile in its own way, while fashioning a totally original experience for television. As a visual series, it is stuck between the bulky, stiff material plane and the ethereal, failing to successfully transform into something at least as powerful, if not stronger, than what it already is.