Geraldo Rivera: Weinstein victims had "great incentive" to be assaulted 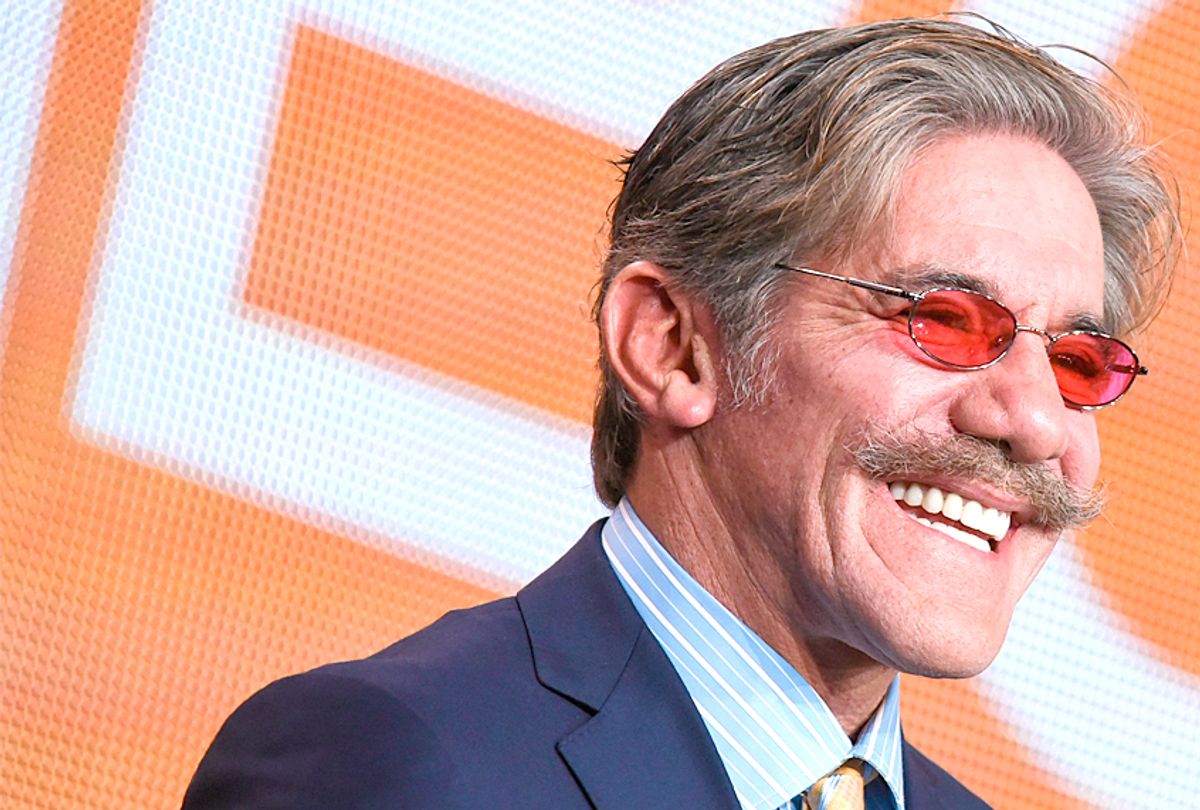 News outlets on both sides of the political spectrum have been consumed by the allegations of sexual misconduct against Harvey Weinstein. Notably, most outlets are putting women reporters at the helm, to assess and reflect on the gender imbalance and power dynamic always prevalent in sexual violence cases, but especially heightened with Weinstein's stature and Hollywood's closed-door policy.

One network not doing this is — all together now — Fox News. Thursday, Fox correspondent Geraldo Rivera joined Sean Hannity on "Hannity," to discuss the numerous allegations of sexual abuse against Weinstein.

"There are a few industries were the imbalance is so profound," Rivera told Hannity. "Where you have an 18, 20, 22 year old girl, she’s coming to one of these powerful Harvey Weinstein type mogul, you know, with the big belly and the hairy chest and the gold and all the rest of it." It was an odd but moderately true statement — we guess.

Riveracontinued: "She knows that she’s got a very limited time. It’s a very fragile window that she has to make it big in a highly competitive industry where if she doesn't make it by 23, 25, in the modeling industry it's 23 skidoo." Right, um — where are we going here?

Then, he dropped the bomb: "There is great incentive on both parts," Rivera said, without hesitation. Oh, victim shaming is where we were going. Got it.

Hannity immediately jumped in to back him up: "You know the casting couch is true," he said.

See the segment below:

Hannity went on to deflect charges against Fox News stemming from its own deep and wide problems with sexual abuse and attack the "mainstream media," as is his wont.

"But Hollywood knew. Everybody knew for decades about this guy. NBC News spiked the story, as did the New York Times as sanctimonious as they are," Hannity said. "And then they're going to lecture about words, locker room talk, allegations that aren't proven," he added, referring to President Donald Trump and the disgraced Fox employees Roger Ailes and Bill O'Reilly.

Note that the charges against Ailes and O'Reilly were so concrete, so believable that the network paid out millions of dollars to quiet the accusers through settlements and, eventually, fired them both.

"All I'm going to say is that the demonstrators came to Fox because they hated what was going on here. There will be no demonstrators in front of NBC," Rivera said. "And The New Yorker which is now being applauded for running the Ronan Farrow piece, The New Yorker only ran that after The New York Times had already killed Weinstein."

Rivera then said the worst thing you can possibly say about victims finding the strength to report their experiences of sexual violence. "And all of the so-called courage of the people coming forward now?" he said. "It takes no courage once the perpetrator is dead."

"Especially the rich and successful powerful Hollywood women," Hannity added. It is not an especially shocking perspective coming from Hannity and Rivera, but a deeply hurtful one, nonetheless.

People on Twitter were quick to acknowledge the hypocrisy and danger of such victim-shaming:

Reminder: @seanhannity is currently partnering with serial sexual predator O’Reilly. And, @GeraldoRivera is on his show attacking women. https://t.co/gfpKAyJbu5

@GeraldoRivera and @seanhannity act like they are so noble & minimize womens' courage-WTF were they when sexual assaults were at Fox?

Just saw Geraldo and Hannity beat each other off about how it's now "fashionable" to make sexual assault allegations. D-E-P-L-O-R-A-B-L-E. — Pseudonymble (@SouffleOfTheDay) October 13, 2017