Joe Scarborough is no longer a Republican — who cares?

The lifelong Republican and MSNBC host is proud to declare he's an independent, but doesn't change much 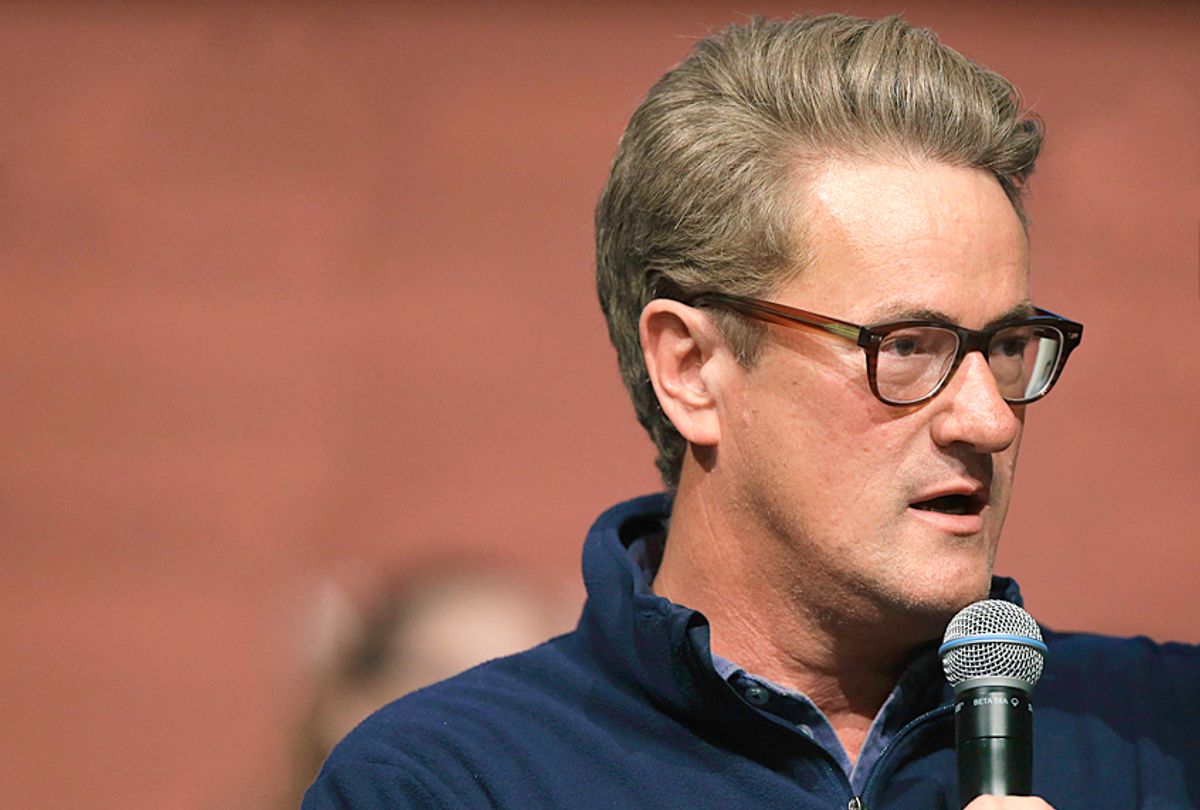 MSNBC host Joe Scarborough announced in July that he would leave the Republican Party because President Donald Trump had destroyed it. On Thursday his decision became official, but at this point, the damage is basically done.

"I became an independent today. Here I am holding a copy of Donald Trump's birth certificate, proving he was born in Nambia," Scarborough tweeted in reference to Trump's gaffe about an African country that doesn't exist.

"Actually, that's New Canaan Registrar of Voters John Amarilios after I became an unaffiliated voter," he added in a second tweet.

I became an independent today. Here I am holding a copy of Donald Trump's birth certificate, proving he was born in Nambia. pic.twitter.com/9xZ6eh7Fr2

Scarborough was originally an early supporter of Trump at the birth of his presidential campaign, and over time he slowly came to the realization that his decision was not a wise one.

"A bloody line has been crossed that cannot be ignored. At long last, Donald Trump has left the Republican Party few options but to act decisively and get this political train wreck off the tracks before something terrible happens," Scarborough penned in a 2016 August op-ed for the Washington Post.

But isn't it too little, too late?

Scarborough, like many so-called moderate Republicans, don't like Trump's theatrics and his unabashed incendiary rhetoric. Instead, these Republicans yearn for the party of George W. Bush, who uttered the infamous "Axis of evil" speech a little over a year before he invaded Iraq. Bush launched a war that, some estimates have revealed, killed as many as 1 million Iraqis. Scarborough was a prominent propagator of such intervention.

Scarborough has frequently spoken out about Trump's proposed Muslim ban but has remained silent on well-documented, invasive mass surveillance in America that launched after the Sept. 11, 2001, terrorist attacks.

As he transitioned into the media he has embraced establishmentarian politics and the elite punditry class with his know-it-all attitude.

Considering America's political party duopoly, it's not even clear if Scarborough will stop voting for Republican candidates in future elections. Switching his affiliation to Independent doesn't hold much water.

Scarborough is not your friendly conservative savior who took a stand against Trump, he just doesn't like that he ripped the mask off of Republican Party politics.