The NCAA absolves UNC for cheating, punishes a student for studying

UNC skates for conspiring to under-educate athletes, while a student gets hit for going to class 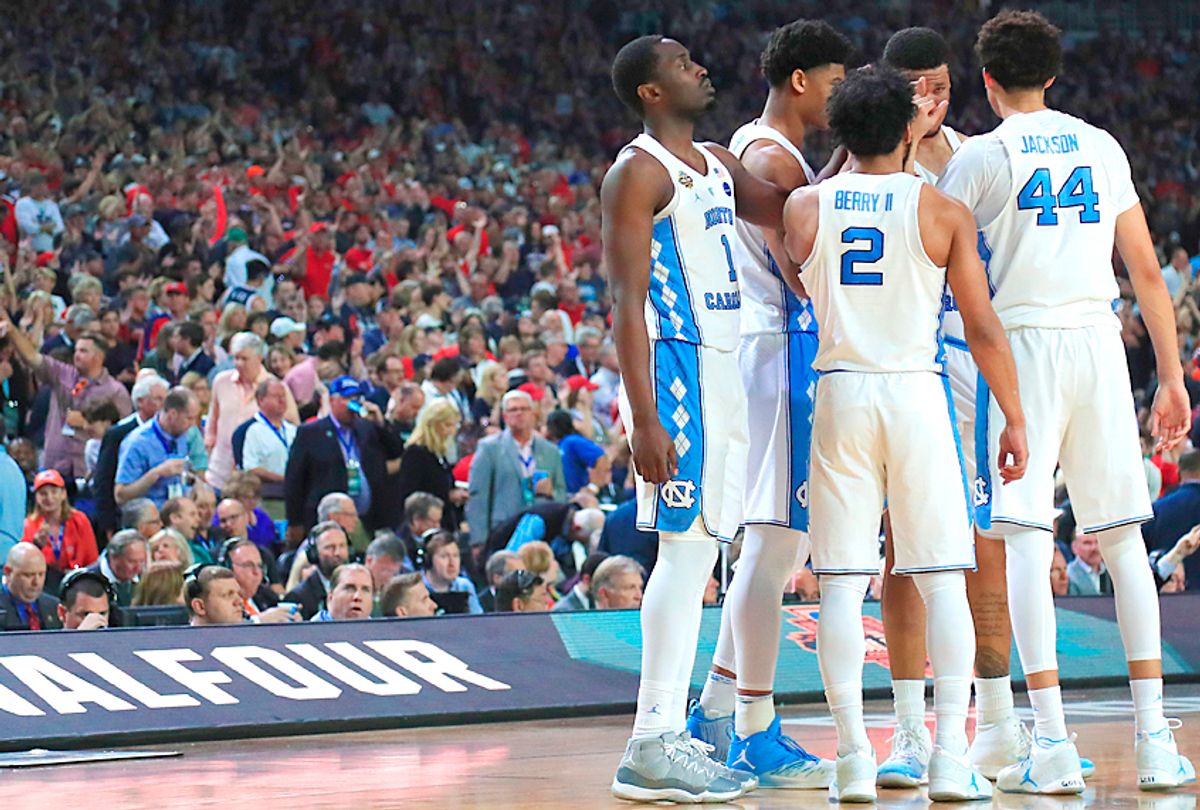 It's no dramatic overstatement to stay that the highest tier of National Collegiate Athletic Association sports is often a soulless, corrupt machine that awards those who profit off of it illegally while depending (and sometimes punishing) the student athletes who supply it with labor. Education, justice and the lives of unaffiliated students (particularly women) often weather collateral damage as the system grinds on. The events of the last day bear witness.

The University of North Carolina, whose basketball team is a perennial contender in the NCAA tournament, has just come out the other end of a long investigation relatively unscathed. The Athletic Association was investigating whether the highly rated educational institution had created low-impact, easy classes with the specific aim of helping players retain their eligibility. In the NCAA system, if student athletes fail to maintain certain grade levels or obtain a certain number of course credits, they are ineligible for play.

UNC was under investigation for five Level I charges from the NCAA stemming from the use of  "paper courses" — independent-study classes that sometimes didn't require attendance and allowed great latitude for cheating —  African and Afro-American Studies department from 2002 and 2011. Attended by athletes disproportionally, some of these courses were mislabeled as lectures, some did not meet university standards for work and others collected accusations of teachers being specifically told to pass student athletes who would otherwise fail.

All in all, if the charges were true, it would mean that UNC had created a system that would have kept student athletes playing while almost necessarily preventing them from actually learning.

Whether true or not, the NCAA found little fault with UNC saying in a statement that its investigatory panel had "concluded that while student-athletes and athletics programs may have benefitted from utilizing the courses, the general student body also benefitted."

The statement added "Based on both the information available in the record and North Carolina’s support of the courses that were offered as not violating its policies, the panel could not conclude that the university failed to monitor or lacked control over its athletics program."

Overall, the only two violations stemmed from failures to cooperate with the investigation by two people in the department, a professor and an administrator, both of whom are no longer with the university.

While the NCAA found UNC without fault in its ruling and the university has already changed academic policies to shore up the perceived inadequacies here, it's important to remember that the panel did not judge the administration free of corruption. Rather, it found it had not lost "control." If a serious conspiracy were in effect, it certainly would have maintained its grip on all departments.

The simple takeaway here is that years of investigation — this is far from the first probe into UNC's behavior with student athletes — found that, yeah, maybe student athletes were being undereducated, but it was a lack of education all students at UNC perhaps benefited from, one that violates no rules the NCAA can think of. In essence, something that many witnessed and many experienced will go unpunished.

And yet, over in another corner of the NCAA, one top-tier student athlete is finding himself in hot water for attempting to get a better education.

N.C. State freshman Braxton Beverly was granted release from his commitment to Ohio State's Buckeyes over the summer, after the abrupt departure of of coach Thad Matta. However, Beverly is barred from participating in the 2017-2018 season for no less than suspicious reasoning.

Over the summer, Beverly took two courses while enrolled at Ohio State, and according to the NCAA, this makes him a "transferring freshman rather than a prospect asking out of a letter of intent." Blindsided by the decision, Beverly is "devastated," as one would expect.

This is the second time the NCAA and its transfer regulations have effectively screwed over the Wolfpack team — in 2015, the NCAA said Terry Henderson had played a full year after he sprained his ankle five minutes into the first game and denied him an extra year of eligibility.

More than that, though, it's a moment where the association, ostensibly tasked to ensure that student athletes both learn and play, is punishing a student for learning, for going to class, for doing what students are supposed to do. Beverly wasn't taking bribes or free Nikes here, just boning up on "Rural Sociology and Life Span Human Development" as his course was called.

Given the NCAA's leniency with UNC and its intolerance of someone studying outside of its strict student proscriptions, it raises questions into just where the association's allegiance lays. Actually, no, it answers them.