Newsweek asked a sex offender what's wrong with Congress, and here's what he said 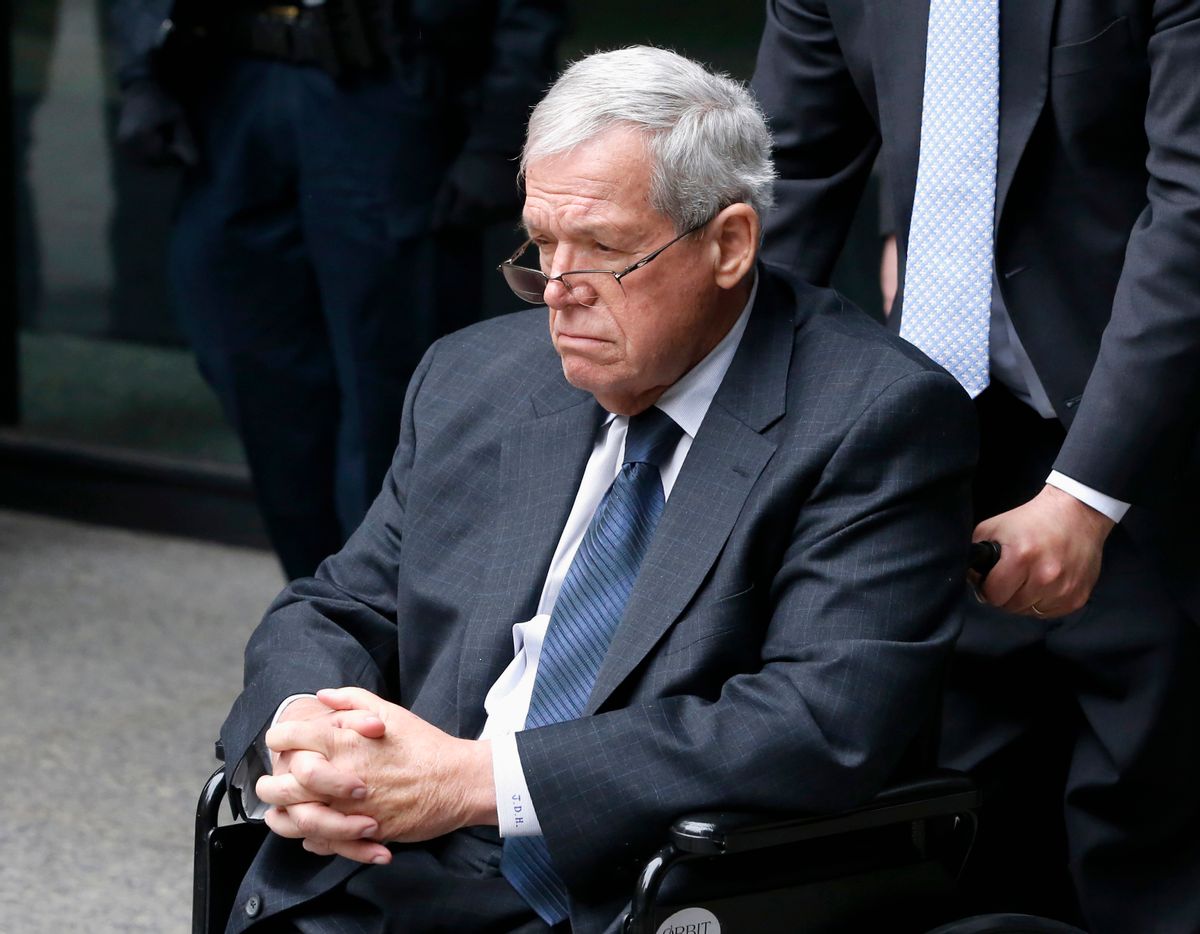 In the same moment when many of the people who have allegedly been victimized by movie mogul Harvey Weinstein are finally speaking out, Newsweek decided to ask admitted former speaker of the House Dennis Hastert — who admitted to sexually abusing underage boys — what he thinks is wrong with Congress.

Undoubtedly, Hastert's leadership of the GOP and his creation of an unwritten rule that all legislation under consideration had to have a support of a majority of played a role in empowering the radical conservatives who call themselves the House Freedom Caucus.

But in light of the fact that Hastert has done prison time in conjunction with illegal payments he made to men who he had molested when they were boys, you have to wonder why Newsweek and senior writer Alexander Nazaryan figured it was a good idea to give Hastert a platform to spout his views.

In his essay, Nazaryan actually remarked upon how no one in the press appears to have spoken to Hastert since his release from prison.

"Hastert told me that he hadn’t spoken to the media in two years and was therefore rusty in his jousting with journalists," Nazaryan wrote.

Just why journalists weren't beating down Hastert's door to speak to him seems not to have occured to Nazaryan or his editors. Nor did it seem to occur to Nazaryan that he should be asking Hastert about his horrible actions instead of inviting him to play political pundit.

The story's quotation of Hastert and Newsweek's promotion of its interview with the serial sex offender set many journalists on edge, including Politico's Capitol bureau chief, John Bresnahan:

As did the Washington Post's Steven Rich:

Condemning the magazine's poor judgment even made for a rare bout of bipartisan agreement: