#WomenBoycottTwitter, championed by Rose McGowan, gets mixed response from feminists

Not everyone feminist is on board with Rose McGowan's campaign 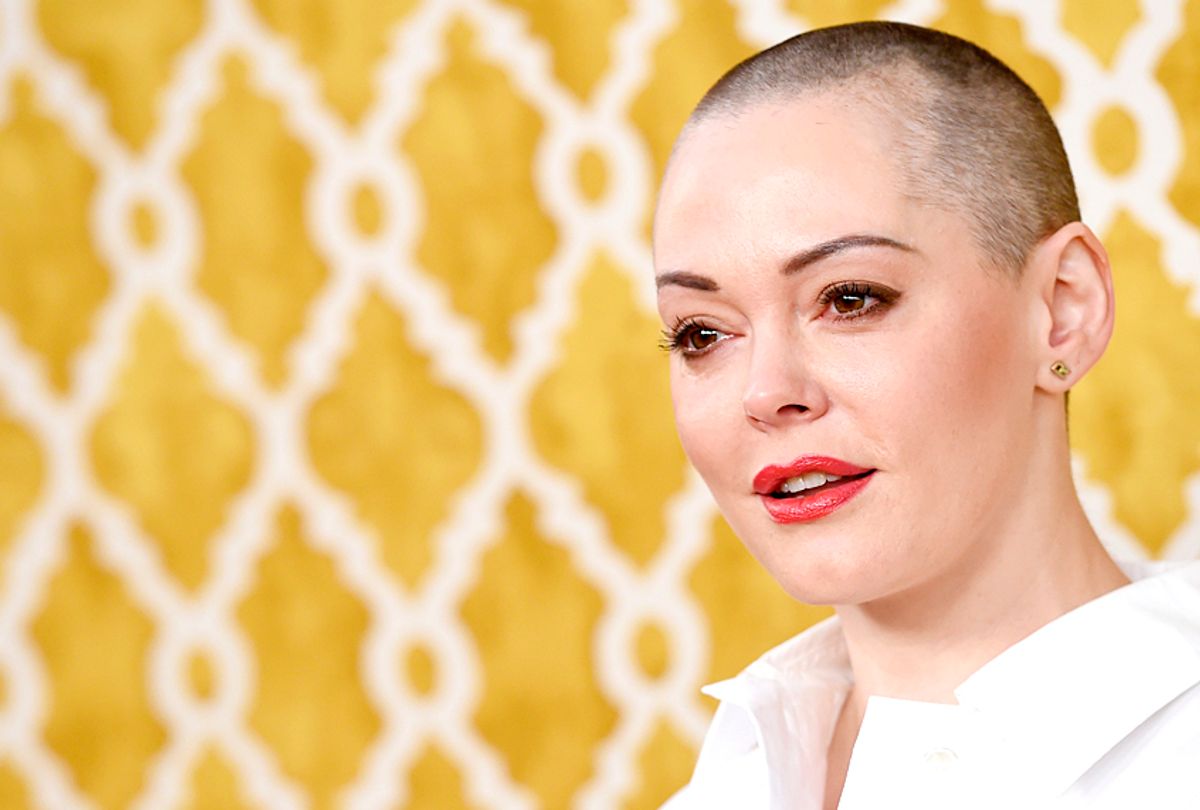 The #WomenBoycottTwitter movement championed my Harvey Weinstein survivor and accuser Rose McGowan seems to be garnering a mixed reaction among prominent activists, entertainers and feminist allies.

Spurred by the news that actress Rose McGowan had her account suspended after posting a tweet that included a private phone number — a violation of terms, to be sure, but the kind of thing that anonymous trolls have done to women and people of color countless times and President Donald Trump has done to Sen. Lindsey Graham the platform without punishment — a movement arose for feminists, male and female alike, to stop using the site on Friday, October 13, 2017.

At its best, it's meant to mirror the repression women experience both online and in the real world, particularly when they are silenced when speaking out against those who have victimized them or rape culture in general. McGowan is just an exemplar of that vicious tendency.

The first and most obvious are the unequivocal expressions of solidarity for McGowan and the boycott. These include her co-star Alyssa Milano, actress Anna Paquin, comedian Chelsea Handler, actor Mark Ruffalo and many others.

Perhaps the most notable celebrity supporter is model and Twitter power-user Christine Teigen, who included shots of sexist tweets that she received within minutes of expressing her support for the movement.

If nothing else, Teigen's experience demonstrates precisely why so many people are outraged that toxic bigotry like that seems to be fine according to the Twitter honchos, but McGowan gets suspended for a slip-up that offended a powerful man.

Then there is the position held by writers Danielle Henderson and Jessica Valenti. Their argument is that, while they support McGowan in her battle against Harvey Weinstein and the industry insiders who abetted his predatory behavior, they also believe that the solution is to not be silenced. As Valenti astutely observed, "For better or worse twitter is the new public square & I'm not ceding it assholes." Others agreed.

Next there is diversity activist Amanda Quraishi, who notes that McGowan was suspended for doxxing (i.e., posting someone's private contact information). This is a valid criticism of McGowan's own actions and, considering that it reflects on a practice which has long been used against feminists and women in general on Twitter (albeit with far less attention taken by the Twitter honchos), it certainly merits mentioning.

Finally there is the position by director and writer Ava DuVernay, who pointed out in her tweet, "Calling white women allies to recognize conflict of #WomenBoycottTwitter for women of color who haven't received support on similar issues."

It's a point that cannot be overstated. After all, President Donald Trump won 52 percent of the white female vote in 2016. While this certainly reflects a tendency among those white women to disregard predatory behavior by Trump that reflects on his views toward them (after all, many of Trump's accusers are white), it also displayed their willingness to cast aside the welfare of women who aren't white. Only 4 percent of black women voted for Trump, as did only 25 percent of Hispanic women.

Look, there's no one way to come at this, no single right choice to make or thing to believe here here except one:  The way women are silenced, demeaned and abused on Twitter mirrors their treatment in the real world and and both need to stop.