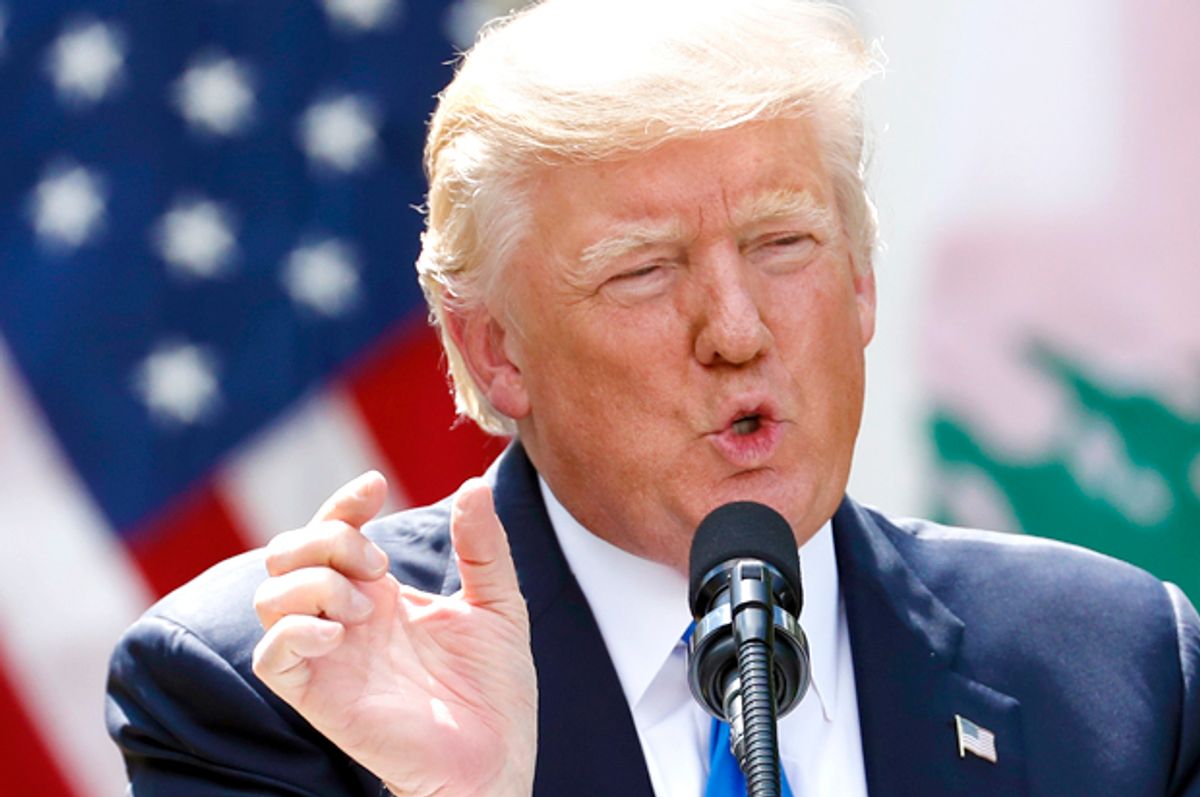 It's very hard for the U.S. to actively promote its decades-long foreign policy, which has portrayed the country as bastions of democracy, when the president is tweeting things like this:

Then there was the incident on Thursday when Trump told reporters, "It's frankly disgusting the way the press is able to write whatever they want to write and people should look into it."

"What he has said, his attacks on the press, make it much, much harder for the United States to be a credible messenger about liberal values and democratic values," said Steven A. Cook, a senior fellow at the Council on Foreign Relations. "So if we were to say to the Egyptians, 'Stop shutting down websites and news media that are critical of your president,' they could say without stretching credulity, 'Well, you say that, but your president does not believe in press freedoms himself, given that he's talking about revoking press licenses for news outlets he dislikes.'"

To another foreign policy expert, there's only one way to describe Trump's approach: devastating.

"When the so-called leader of the free world questions basic freedoms, like the First Amendment, that gets noticed," Derek Chollet, executive vice president at the German Marshall Fund — another foreign policy think tank — told Salon. "And that does nothing but provide comfort to those around the world who say very, very similar things. People like Vladimir Putin, like Rodrigo Duterte in the Philippines. It will sound very familiar to Chinese ears. It will make it harder for the United States to champion those values and it will make it harder for America to be seen as a beacon for those values in the world."

Chollet, who worked in a number of high-ranking foreign policy positions under Presidents Bill Clinton and Barack Obama, said that Trump is undercutting longstanding American aid programs designed to "promote democracy and build a civil society."

Even on the domestic front, Trump's actions are causing danger. The president's assaults are eroding public support for the First Amendment. But luckily, he hasn't actually taken any actions to curtail the press other than his Twitter tirades.

"For him to use the bully pulpit is just more free speech," explained Burt Neuborne, the Norman Dorsen Professor of Civil Liberties at New York University. "But if he's not actually using his government power, he hasn't actually crossed the First Amendment line."

But, Neuborne said, "the moment he crosses over and starts using his coercive power as the leader of the government to threaten people with sanctions if they say things or if they don't react negatively to things that he wants them to react negatively to, then he's crossed a bright line."

To a president who's seemingly obsessed with ego — on the international stage, it's about who likes him and who doesn't, not the values that are held by our allies — things like democratic traditions can fall by the wayside. And in the age of Trump, America's foreign policy goals are no longer what they once were.

"You're assuming that we are promoting democracy abroad," Cook told Salon. However, "when the president went to Saudi Arabia in May, he specifically said that the United States isn't going to do that."