A new study hints that the Yellowstone supervolcano could erupt more quickly than expected. Why is this exciting? 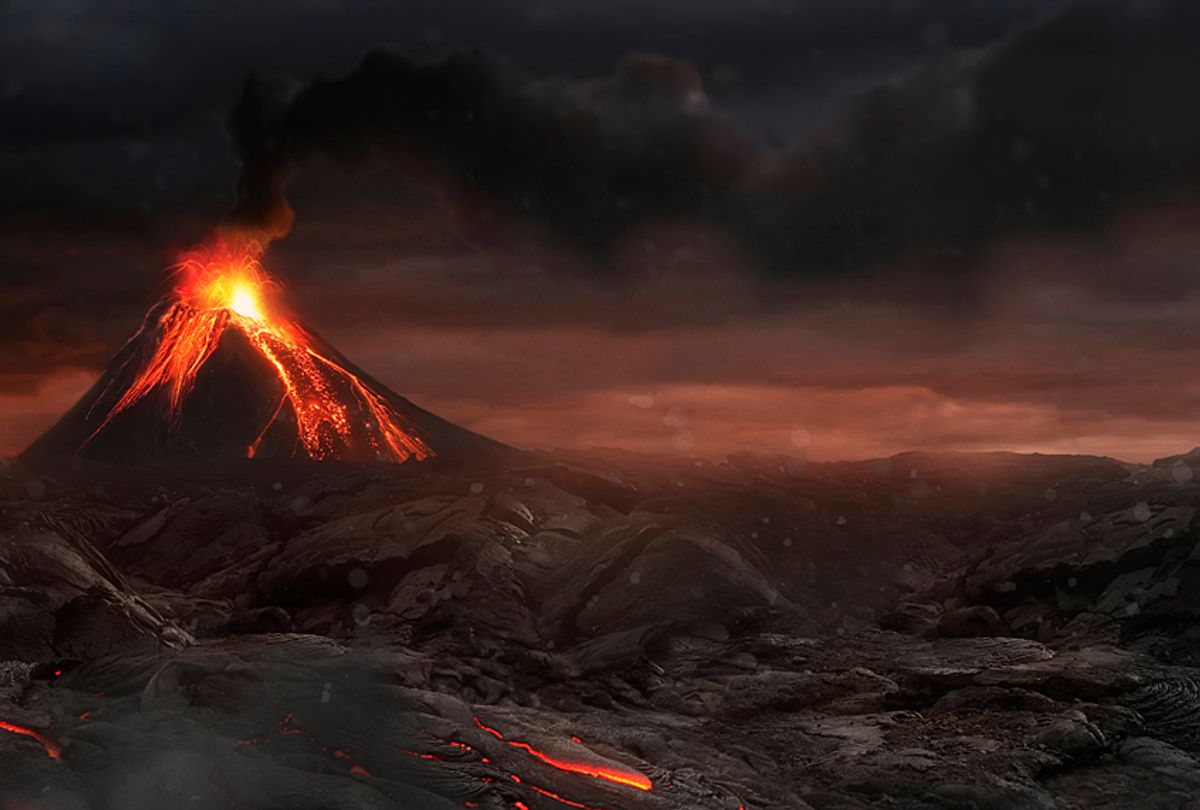 USA Today ran a story this week about the dormant supervolcano underneath Yellowstone National Park, claiming that it "may blow sooner than thought" and that it had potential to "wipe out life on the planet." While it's true that a supervolcano eruption would probably cause immense damage — and while it's also true that it could erupt sooner than predicted — it is worth noting that it is highly unlikely that it will happen in the near future. Hence, the article's tone reflects a strange cultural trend that may reflect less on real science and more on our current political situation: the American fascination with the apocalypse.

The Yellowstone supervolcano is one of the most monitored volcanoes in the world. "A variety of sensors and satellites are always looking for changes, and right now, the supervolcano does not seem to pose a threat," National Geographic reported.

Researchers at Arizona State analyzed "minerals in fossilized ash from the most recent mega-eruption" and realized that "changes in temperature and composition built up in a matter of decades" rather than the previously predicted centuries it would take for those changes.

"It’s shocking how little time is required to take a volcanic system from being quiet and sitting there to the edge of an eruption," said Hannah Shamloo, the co-author of a new study which examined fossilized ash, told the New York Times.

Yellowstone’s last supereruption occurred 631,000 years ago. And it’s not the planet’s only buried supervolcano. Scientists suspect that a supereruption scars the planet every 100,000 years, causing many to ask when we can next expect such an explosive planet-changing event.

To answer that question, scientists are seeking lessons from Yellowstone’s past. And the results have been surprising. They show that the forces that drive these rare and violent events can move much more rapidly than volcanologists previously anticipated.

The early evidence, presented at a recent volcanology conference, shows that Yellowstone’s most recent supereruption was sparked when new magma moved into the system only decades before the eruption. Previous estimates assumed that the geological process that led to the event took millenniums to occur.

While not as alarming as it may seem, the study is nonetheless an important part of understanding "the entire spectrum of volcanic eruptions."

The catchy headlines, along with the other stories that detail the possibilities of asteroids hitting Earth and killing everyone, brings up an interesting question: why are we so fascinated with death and destruction?

Maybe it's because Donald Trump is now in charge of the nuclear codes? But the fascination far predates him. So, maybe it's because the public wants to be as prepared as possible for an untimely end?

Or maybe it's because we'd like believe that it will all end swiftly, unpredictably and out of our control, with no sense of personal responsibility. Because that's easier than coming to terms with the likely outcome: a slow, man-made decline, that in order to prevent, would require a massive change in our social and political system.