Opinion polls and common sense both tell us our nation is hopelessly divided. But there's room for optimism 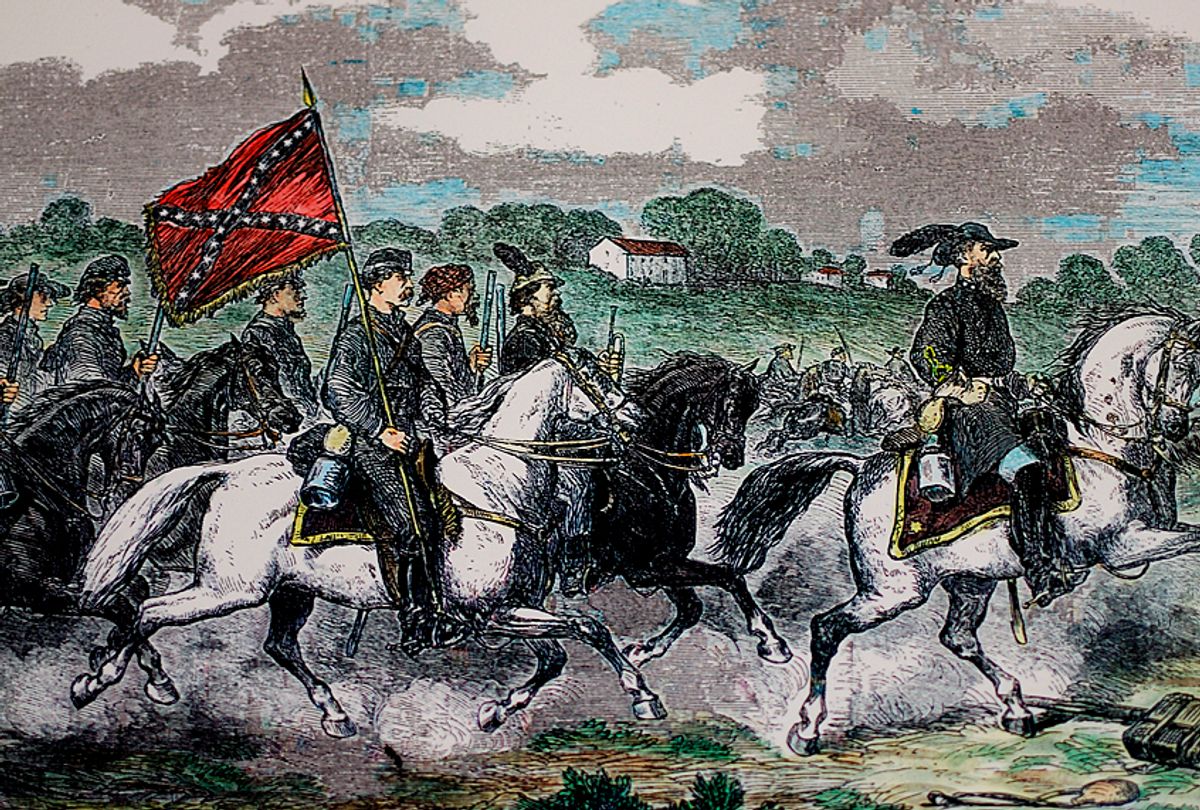 The United States has always been a nation divided. Since its founding almost two and a half centuries ago, the country’s very existence has remained in doubt, and there have been more than a few occasions where it looked as if the United States might finally tear itself apart. These divisions are deeply entrenched, and in his 2016 book, “American Character: A History of the Epic Struggle Between Individual Liberty and the Common Good,” journalist Colin Woodward explores the cultural differences that have long played a role in the country’s turbulent history. Our nation, Woodward argues, is made up of 11 culturally disparate regions that could easily be their own unique countries, and the dynamic between these regions has shaped the American character:

The American effort to achieve consensus on the appropriate balance between individual and collective freedom is hampered by the simple fact that America is not a unitary society with a single set of broadly accepted cultural norms, like Japan, Sweden, or Hungary. It’s a contentious federation comprising eleven competing regional cultures, most of them centuries old, each with a different take on the balance between individual liberty and the common good.

In other words, the sheer size and heterogeneous nature of the United States makes a certain degree of conflict inevitable, and this friction has resulted in America’s distinctive (and contradictory) character over time. Of course, there have been periods in American history that have stood out in terms of polarization. American disunity peaked during the Civil War, and there were decades of extreme division throughout the 20th century (the 1960s in particular). History suggests that national strife fluctuates over time, with certain events briefly uniting or splitting the country (e.g. World War II or 9/11). Over the past few decades there has been a steady trend towards increased polarization that culminated with last year’s election of Donald Trump.

Though the country has been heading toward such a schism for decades, the Trump presidency has accelerated this trend. Today America may be more divided than it’s been at any point since the Civil War. Though he has only been in office for about nine months, Trump is already the most divisive president in modern history, and according to an ABC News/Washington Post poll from last month a majority (66 percent) of Americans think that the president is doing more to divide the country than unite it — higher than his two predecessors, George W. Bush and Barack Obama, who both peaked at 55 percent.

Another recent survey from Pew Research Center revealed that divisions along party lines have reached record levels since Trump became president (after already reaching all-time highs during the Obama years). “Across 10 measures that Pew Research Center has tracked on the same surveys since 1994,” the authors write, “the average partisan gap has increased from 15 percentage points to 36 points.” On issues like immigration, the environment and racial discrimination, partisan disagreement has only gotten sharper over the past 25 years, while antipathy between the two parties has grown even more intense. It is not surprising, then, that a record high 77 percent of Americans perceive the nation as divided, according to a Gallup survey taken shortly after last year’s election.

Perhaps no issue captures our hyper-partisan age better than gun control, which was once again thrust into the national spotlight after last week’s mass shooting in Las Vegas. Shortly after the massacre, the polling company Survey Monkey published two maps based on 2016 exit polls that reveal just how much of a partisan issue guns have become in 2017. Gun ownership is now one of the best indicators of whether one will vote Democratic or Republican, and in 2016, gun-owning households voted overwhelmingly for Trump, while the majority of non-gun owning households voted for Hillary Clinton.

With these kind of numbers, it is hard not to be pessimistic about the future of the country. It often feels as if the Civil War never truly ended, and the country is headed for a long-delayed dissolution. But the current divide may not be as black and white as it appears, and it is important to realize that today’s polarization is largely partisan in nature and that not all Americans are “Red” or “Blue.”

Indeed, if there is one area where Americans tend to find common ground, it is in their dissatisfaction with both major parties and the political status quo. The 2016 American Values Survey found that more than six in 10 Americans say that “neither political party represents their views anymore,” compared to 48 percent in 1990. A Washington Post/ABC News poll from April of this year had similar findings: Sixty-seven percent of Americans believe the Democratic Party is out of touch with the concerns of most people, while 62 percent believe the same for the Republican Party. Not surprisingly, about six in ten Americans believe a third party is needed, while registered independents outnumber both Republicans and Democrats.

When it comes to money in politics, Americans are also in agreement: More than three-quarters of Americans believe there should be limits on campaign spending and that money has a greater influence on politics than in the past, according to Pew Research Center. Meanwhile, a recent poll from the Associated Press and the Center for Public Affairs Research found that 82 percent of Americans feel that wealthy people have too much influence in Washington, while 69 percent believe that large businesses have too much influence. By contrast, 76 percent believe that poor people don’t have enough influence. The Pew survey cited above on the partisan divisions also revealed that there is broad agreement on economic inequality: almost seven in 10 Americans believe that inequality is a “very big” or “moderately big” problem (on this issue, the conflict is within the GOP).

These numbers indicate that on many economic matters there is more of a consensus among Americans — especially on the question of whether economic and corporate elites have too much power in Washington. No wonder, then, that Sen. Bernie Sanders — an independent who railed against the “billionaire class” and made economic inequality the cornerstone of his campaign — continues to rank as the most popular politician in the country. By adopting a form of class politics and calling for solidarity against the “one percent,” Sanders transcended the petty, hyper-partisan politics of our day. If Trump was running to divide the country even further, then Sanders was trying to unite the nation against the power elite.

Of course that doesn’t change the fact that Americans remain bitterly divided on many issues, whether it’s guns, abortion or LGBT rights; and with Trump in the White House, things are only set to get worse. But there is an alternative to the divisive course we are currently on. The Sanders campaign preached solidarity and rejected the hyper-partisan politics that have come to dominate our discourse. Whether a politics of solidarity can overcome the divide-and-rule politics of Trump and his current of the conservative movement is as yet uncertain.