Not looking for love

Who are the women looking for friends on Craigslist? 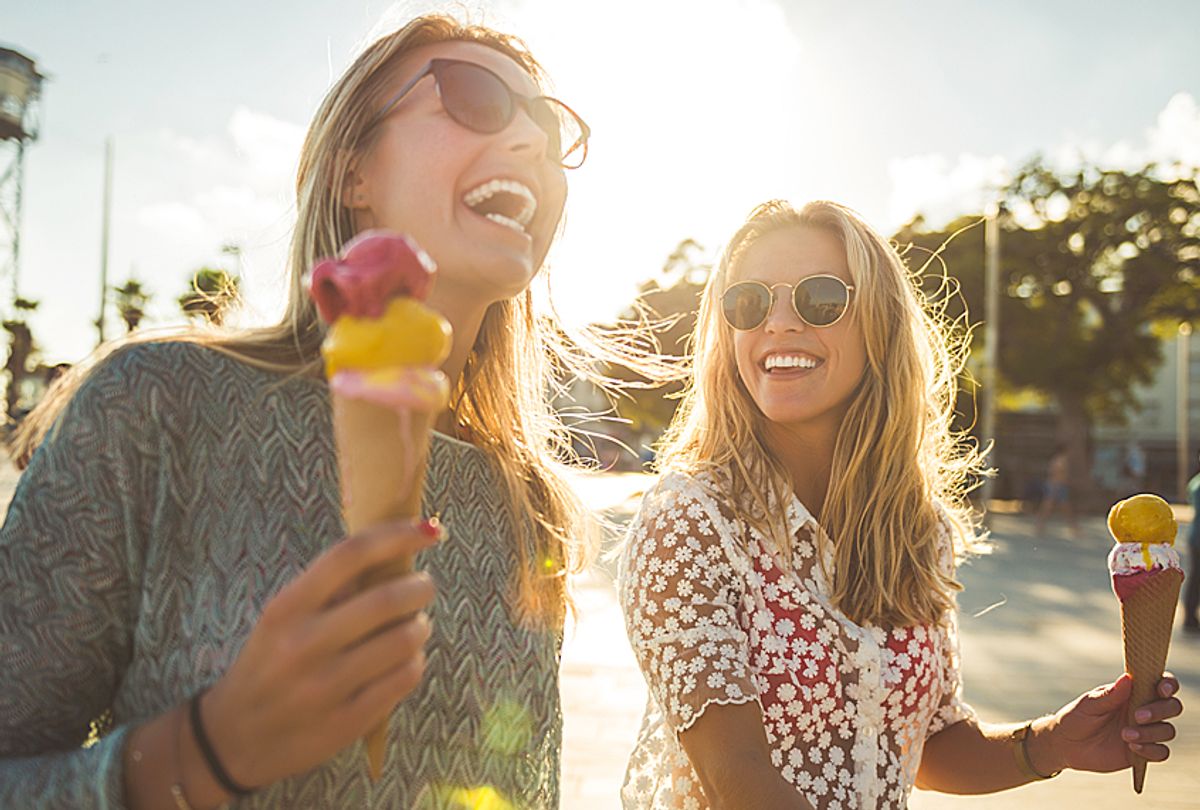 In a world of apps and customized everything, from Spotify playlists to Seamless suggestions, people expect all kinds of convenient services to come tailored to their specific interests. Meanwhile, or because of this, women in major metropolitan areas are having an increasingly difficult time meeting platonic friends.

While there are a number of dating apps and websites that exist for women on the go, the same isn’t true of quick, online ways to make friends. So women turn to whatever apps and forums they have at hand to try to find these elusive companions. In doing so, they reveal what “friendship” means in today’s app-cluttered world.

“I’ve tried apps targeted to meet friends with no luck!” writes “Looking for BFF,” a 29-year-old Astoria resident, in the “strictly platonic” women-for-women (w4w) personals section of Craigslist. “Maybe it’s not working for me to the full potential since I’m not paying a membership to meet friends. WTF!”

In  this strictly platonic section of Craigslist, a website now mostly associated with sublet searching, you’ll find some strictly not platonic ads, requests for non-sexual cuddle partners, and offers of “discreet massages.” You’ll even find some thinly veiled recruitment posts for escorts and offers from cocaine dealers. Stuck between all that sit earnest posts written by women who are just trying to make real, platonic connections.

If you’re a woman, meeting men on Craiglist is scary because you don’t know what they might do to you in real life (see: Craigslist Killer, now a Lifetime movie). And as a woman, meeting women on the internet is scary because they might be men. Navigating the platform is tough, but women in major metropolitan areas brave it because making friends in the real world, and even other online realms, can be tougher than making a date or arranging a liaison.

Many earnest posters, like “Looking for BFF,” feel the need to explain why they’ve decided to post on Craigslist. Another post in the “strictly platonic, w4w” section, simply titled “Friendship” and written by a 26-year-old woman, describes her reasons by detailing her current friend group’s pattern of last-minute plan cancellations. She also lists her interests (“frozen yogurt, celebrity gossip, going to the park”) along with what she’s looking for (“has a few of my interests, lives in New York, New Jersey, or Connecticut”). Her lax standards point to a simple need for friends with some follow-through, which is hard to find when technology makes it so easy to both flake on plans and find better ones at the last minute.

Others who post in the platonic w4w section have more specific benchmarks for new friends, like “Artistic Partner in Crime,” who wants someone to “make feminist horror stories with.” As for why she’s posting on Craigslist, she writes, “Well, hey, if there's a better way to find a creative other half, I'm all ears, but Craigslist has a lot of traffic right?"

Craigslist’s factsheet says that the website gets “more than 50 billion page views per month” and has “more than 60 million [users] each month in the US alone.” Of course, not all are on there looking for friends. But that’s still more users than there are on dating-and-now-also-networking-and-friend-finding app Bumble, which boasted 18 million users as of July 2017, according to the Guardian. Meanwhile, Meetup, an online forum for organizing group events, puts its members number at over 32 million, spanning 182 countries.

“Bumble somewhat is [useful for finding platonic same sex friendship],” a 27-year-old, female Craigslist-poster wrote to me, “but I find most women there are more concerned with finding a date.”

The 27-year-old posted in the platonic section of Craigslist because she’d recently moved -- a common reason women search for friends online.  Kellie, a 38-year-old Brooklyn transplant from California, used to just use Craigslist for her work (she’s an artist) and for dating/sex before she moved to New York and started posting in the “platonic w4w” section. But in this category, she has “not had the best luck.”

“I have one friend that I met [on Craigslist],” she said. “He never wanted anything from me, it was only a friendship, and that was great so we’re still in contact, but I have no female friends here.” Most men end up looking for more than friendship, and some women, too. “I was texting with [a woman from Craigslist] a little bit, but she ended up becoming very needy ... I felt she was never going to leave me alone if I [met her in person]— constant texting, constant.”

Kellie now also uses Craigslist to meet clients in her work as what she calls a “chronovendor,” meaning she sells her time — what others might call a sex worker. “I’ve been told that I’m orally gifted, so I thought, I wonder if I can capitalize on that,” she said.

While Craigslist may not have led to close, female friendships for Kellie, it got her a new job selling “time” and even her current, serious partner (from one of the non-platonic sections). Kellie embraces the platform to meet people for an adventure, but other women in Kellie’s age range aren’t looking to step far outside their comfort zones. Several women I spoke to between ages 30 and 50, all of whom use Meetup to find female friends in major cities, expressed hesitancy when it came to Craigslist.

“I just don’t want to put myself in any type of danger,” said Nikki, who’s in her 30s and started the Ladies Who Brunch NYC Meetup. She prefers Meetup because it’s an organization with accountability, just like Laura, who’s in her 30s and founded the Unruly Women’s Club NYC. Both Nikki and Laura are ex-pats from the UK, like a couple of other Meetup organizers I spoke to in New York.

“Being a Brit, we don’t have [Craigslist] over there, so all that I would ever hear is like ‘somebody got murdered’ or ‘somebody got assaulted,’” said Laura, who lives in Jersey City. “I maybe looked at it when we [she and her husband] first moved here, and there are so many quite sexually aggressive things and terrible spelling, and it feels completely unregulated.”

Stefanie Raya, who’s in her mid-40s and leads the Austin, Texas-based Meetup group Women & Wine, echoed this sentiment. She ultimately noted the absence of “someone like me or my caliber” on Craigslist. Instead, Raya looks to her own Facebook to meet new friends by messaging “friends” in her area whom she’s never met in person and asking them for coffee. This way, she’s sure to meet someone who’s more on her level.

All of these female Meetup organizers used the phrase “like-minded” to describe what they are looking for in female friends. Like-minded sounds easy enough to find on Meetup, where users post profiles and can search by type of event. On Craigslist, nothing but location and general posting category narrows down your search.

Maybe women looking for friends on Craigslist aren’t as focused on “like-minded” in their searches. Or perhaps what makes them like those who respond to their ads is their mutual willingness to use Craigslist to meet strangers. They’re open to taking risks and having adventures, like Kellie, and even SM, a 23-year-old woman who’s used the platform to talk to strangers about her sexual experiences.

Ultimately, what all these women — Craigslist, Meetup and Bumble users alike — have in common is a desire to find friends who won’t flake on them, or get too busy. Nikki’s problem with some women on Meetup is that they use the platform for “window shopping.” They poke around different profiles and groups but never commit to one.

“A lot of women forget the great things women do when they work together,” said Nikki. She, and other women forced to odd corners of the internet to make friends in hectic cities, just want to make those great things happen.