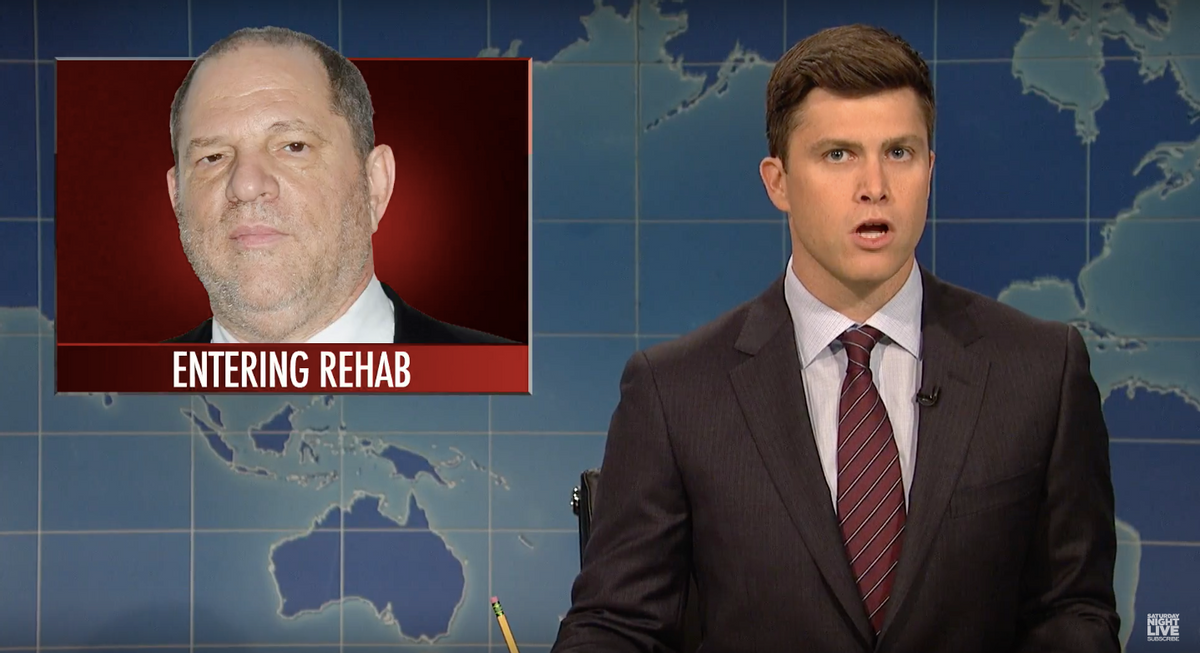 "Saturday Night Live" attracted criticism las week for omitting any jokes or condemnation of Harvey Weinstein's serial sexual harassment scandal. Multiple allegations and settlements had already surfaced, which made the topic's absence all the more glaring.

Colin Jost, the co-anchor of “Weekend Update,” began the segment making a timely joke about Weinstein and emojis.

“Apple has announced that it will add hundreds of new emojis to its iOS system, including a person at a spa, a vomiting face and a shushing finger — finally giving emoji fans the ability to describe what it was like to work for Harvey Weinstein.”

“Weinstein, who has been accused of multiple counts of sexual assault, is reportedly going to Europe for sex rehab," he added. "Somehow I don’t think that’s really going to help anybody. He doesn’t need sex rehab. He needs a specialized facility where there are no women, no contact with the outside world, metal bars and it’s a prison.”

The ridicule did not stop there. Co-anchor Michael Che then took a shot at Weinstein's physical appearance, comparing him to a "chewed bubble gum rolled in cat hair."