The truth about gun laws under Trump

A number of federal rollbacks are already underway and, largely, flying under the radar 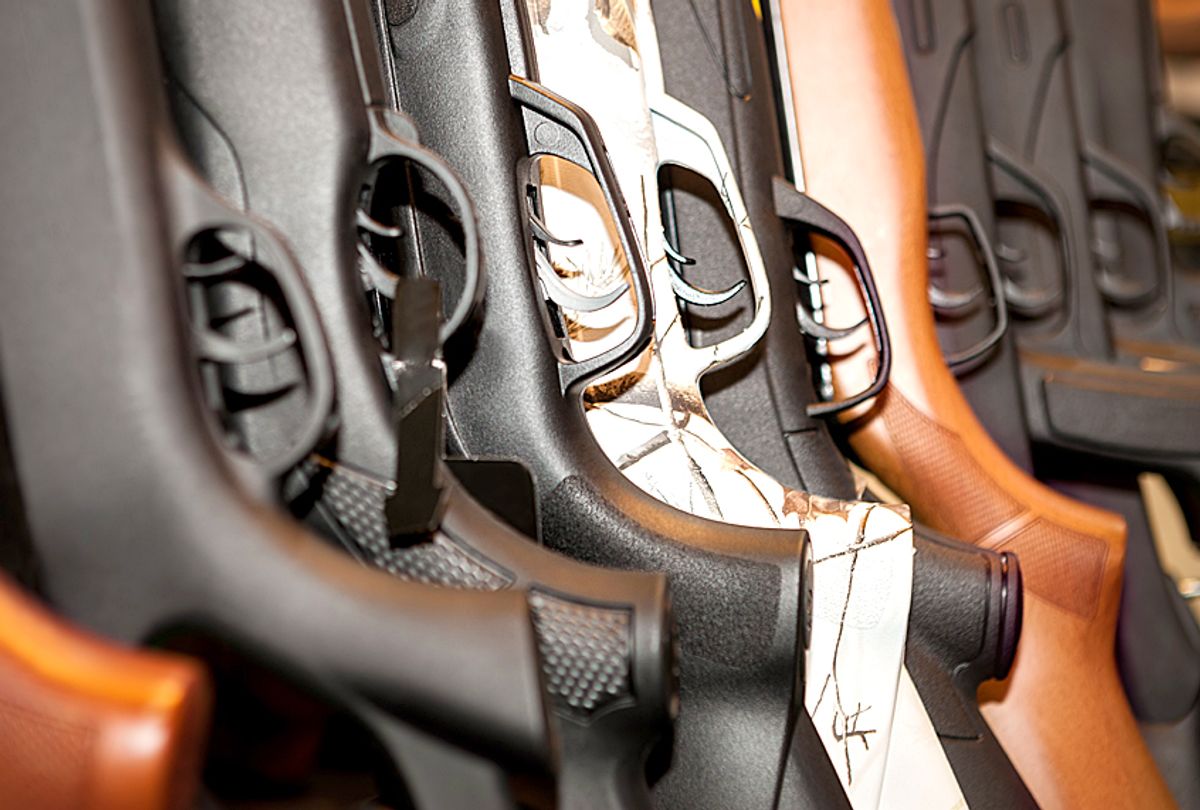 Columbine. Virginia Tech. Fort Hood. Sandy Hook. Orlando. Las Vegas. Each deadly shooting rampage sends shockwaves through the country. We grieve. We get angry. Time and again, irate and bereaved citizens petition Congress to limit people’s access to fire arms. In the meantime, gun sale and gun stocks skyrocket. The demand for “bump stocks,” the device that allowed the Las Vegas gunman to convert 12 of his semiautomatic weapons into automatic killing machines, was so high last week that dealers had to shut down their websites, reports The New York Times.
Federal gun control

California Sen. Dianne Feinstein is now leading the charge to ban bump stocks. Some Republicans are even signaling that they might sign on. And in an unusual move, the National Rifle Association endorsed taking a second look at the legality of the device. For a moment, gun control advocates saw this as a glimmer of hope. But real gun control is illusory when you consider the number of federal rollbacks that are already underway and, largely, flying under the radar according to The Washington Post.

Then there are the bills that are waiting in the wings. On the day of President Trump’s inauguration, Ronald Turk, the second in command at the Bureau of Alcohol, Tobacco, Firearms and Explosives put together a proposal to ease federal scrutiny of gun dealers who sell the weapons used in crimes, to re-examine the ban on importing assault weapons, and to lift restrictions on gun silencers.

The provision in support of silencers was eventually tucked into a larger bill, which would also make it easier to purchase armor-piercing bullets. The bill was supposed to be heard in June, but was postponed after Louisiana Rep. Steve Scalise, the Republican House Whip, was shot at softball practice. Unsurprisingly, after this recent Las Vegas shooting it was postponed again.

Congress will also soon vote on the Concealed Carry Reciprocity Act of 2017. If you have a permit to carry a concealed handgun in your state, this law says by all means carry it concealed to another state. That state would have to recognize your permit even if it does not itself issue concealed-carry permits. The bill’s sponsors maintain that, similar to an out-of-state drivers’ license, the gun owner is still subject to local restrictions. The Washington Post reports that a number of states are relaxing their concealed carry rules. In at least 12 states you don’t need a permit to carry a concealed weapon, and 16 more states have introduced legislation to do the same.
State-level gun laws

More and more states don’t want you to be without your weapon. The Atlantic’s David Frum highlights some of more than two dozen states that have extended the right to carry guns into churches, schools, college campuses, bars and other locations. “The most ambitious of these laws was adopted in Georgia in April 2014,” writes Frum. “Among other provisions, it allowed guns to be carried into airports right up to the federal TSA checkpoint.”

The list of gun-owner rights is also growing on the state level: you can keep a loaded gun in your car in Tennessee; you no longer have to wait 48 hours to buy a gun in Wisconsin; students over 21 can tote guns almost anywhere on a university campus in Texas, except to the stadium to see a game; and in Ohio you can now bring your concealed weapon into airports and day care centers.

In fact, a remarkable research paper published in 2016 by Harvard’s Michael Luca, Deepak Malhotra, and Christopher Poliquin found that between 1989 and 2014, the most probable policy response to a mass shooting was a loosening of gun laws:

Frum concludes, “When things are quiet, the gun advocates will go to work.” Gun control advocates, on the other hand, must remain vigilant if they don’t want to get played by a small concession like reconsidering bump stocks warns The Guardian. By Sunday, NRA CEO Wayne LaPierre dashed any speculation that the NRA would support an actual ban. So far it has only suggested a review of the decision that allowed bump stocks to fall outside the federal firearms statutes in the first place. As Robert Spitzer, a gun politics expert, told The Guardian:

If this can be changed through a simple administrative ruling from the ATF, you don’t even have to go to Congress to get a law passed. That would be a little plus from the NRA’s point of view. Their basic political default position is no new gun laws. It wouldn’t be a new gun law.

Anyone planning to get loud about gun control should first arm themselves with the facts. The Trace, an independent journalism website devoted to covering America’s gun violence is a good place to begin. Their reporters considered everything they had learned in the site’s first two years and boiled it down to 14 facts that are key to understanding guns in America.