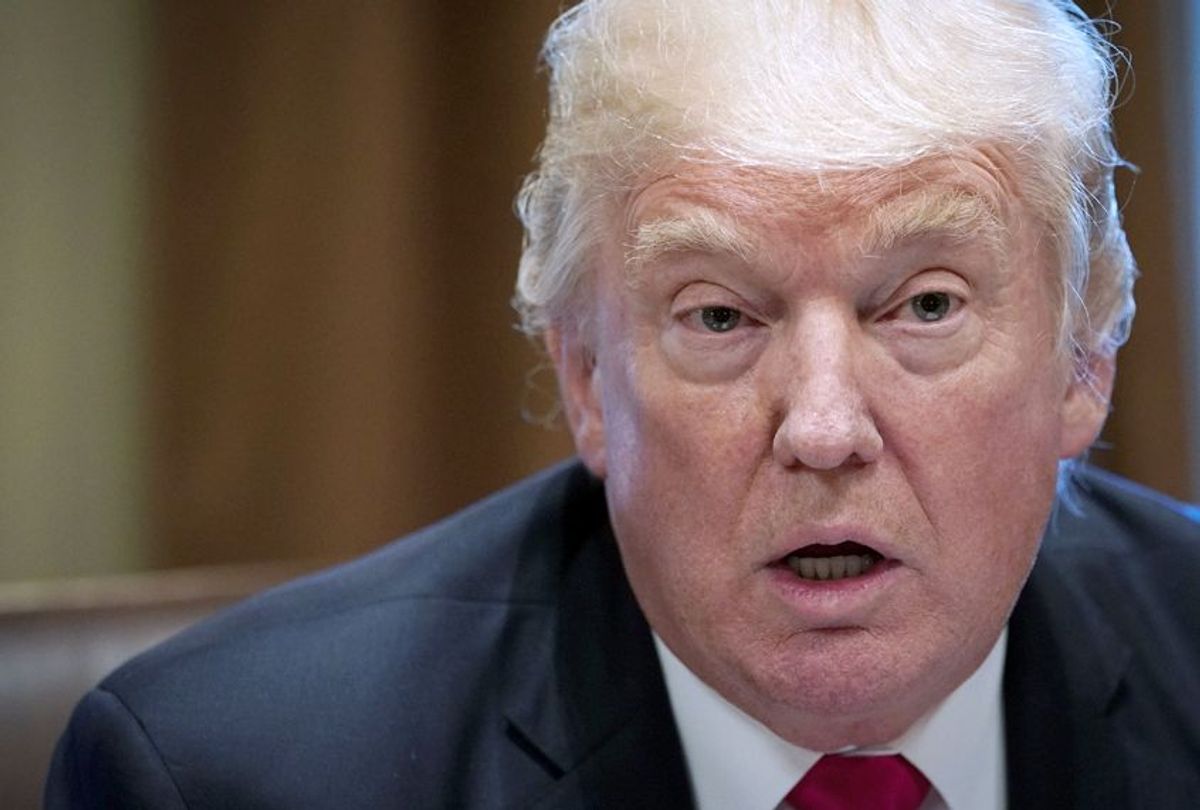 Last week, Senator Bob Corker, the Republican chairman of the Senate Foreign Relations Committee, charged in an interview with the New York Times that Trump was treating his office like “a reality show,” with reckless threats toward other countries that could set the nation “on the path to World War III.”

Corker said he was concerned about Trump. “He would have to concern anyone who cares about our nation,” Corker said, adding that “the vast majority of our caucus understands what we’re dealing with here . . . the volatility that we’re dealing with and the tremendous amount of work that it takes by people around him to keep him in the middle of the road.”

Corker’s interview was followed by a report from Gabriel Sherman of Vanity Fair, who wrote that the situation has gotten so out of control that Trump’s chief of staff, John Kelly, and Secretary of Defense Jim Mattis have discussed ways to stop Trump should he order a nuclear attack. Kelly has tried to keep Trump focused by intercepting outside phone calls to the White House and restricting access to the Oval Office. Many of Trump’s advisors believe he is “unstable” and “unravelling” quickly.

Is Trump really unraveling? Are Republican leaders ready to pull the plug? I phoned an old friend, a Republican former member of Congress who keeps up with what’s going on. I scribbled notes as he talked:

Me: So what’s up? Is Corker alone, or are others also ready to call it quits with Trump?

He: All I know is they’re simmering over there.

Me: Flake and McCain have come pretty close.

He: Yeah. Others are thinking about doing what Bob did. Sounding the alarm. They think Trump’s nuts. Unfit. Dangerous.

Me: Well, they already knew that, didn’t they?

He: But now it’s personal. It started with the Sessions stuff. Jeff was as loyal as they come. Trump’s crapping on him was like kicking your puppy. And then, you know, him beating up on Mitch for the Obamacare fiasco. And going after Flake and the others.

Me: So they’re pissed off?

He: Not just that. I mean, they have thick hides. The personal stuff got them to notice all the other things. The wild stuff, like those threats to North Korea. Tillerson would leave tomorrow if he wasn’t so worried Trump would go nuclear, literally.

Me: You think Trump is really thinking nuclear war?

He: Who knows what’s in his head? But I can tell you this. He’s not listening to anyone. Not a soul. He’s got the nuclear codes and, well, it scares the hell out of me. It’s starting to scare all of them. That’s really why Bob spoke up.

Me: So what could they do? I mean, even if the whole Republican leadership was willing to say publicly he’s unfit to serve, what then?

He: Bingo! The emperor has no clothes. It’s a signal to everyone they can bail. Have to bail to save their skins. I mean, Trump could be the end of the whole goddam Republican party.

Me: If he starts a nuclear war, that could be the end of everything.

He: Yeah, right. So when they start bailing on him, the stage is set.

Me: You think Republicans would go that far?

He: Not yet. Here’s the thing. They really want to get this tax bill through. That’s all they have going for them. They don’t want to face voters in ’18 or ’20 without something to show for it. They’re just praying Trump doesn’t do something really, really stupid before the tax bill.

He: Look, all I can tell you is many of the people I talk with are getting freaked out. It’s not as if there’s any careful strategizing going on. Not like, well, do we balance the tax bill against nuclear war? No, no. They’re worried as hell. They’re also worried about Trump crazies, all the ignoramuses he’s stirred up. I mean, Roy Moore? How many more of them do you need to destroy the party?

Me: So what’s gonna happen?

He: You got me. I’m just glad I’m not there anymore. Trump’s not just a moron. He’s a despicable human being. And he’s getting crazier. Paranoid. Unhinged. Everyone knows it. I mean, we’re in shit up to our eyeballs with this guy.