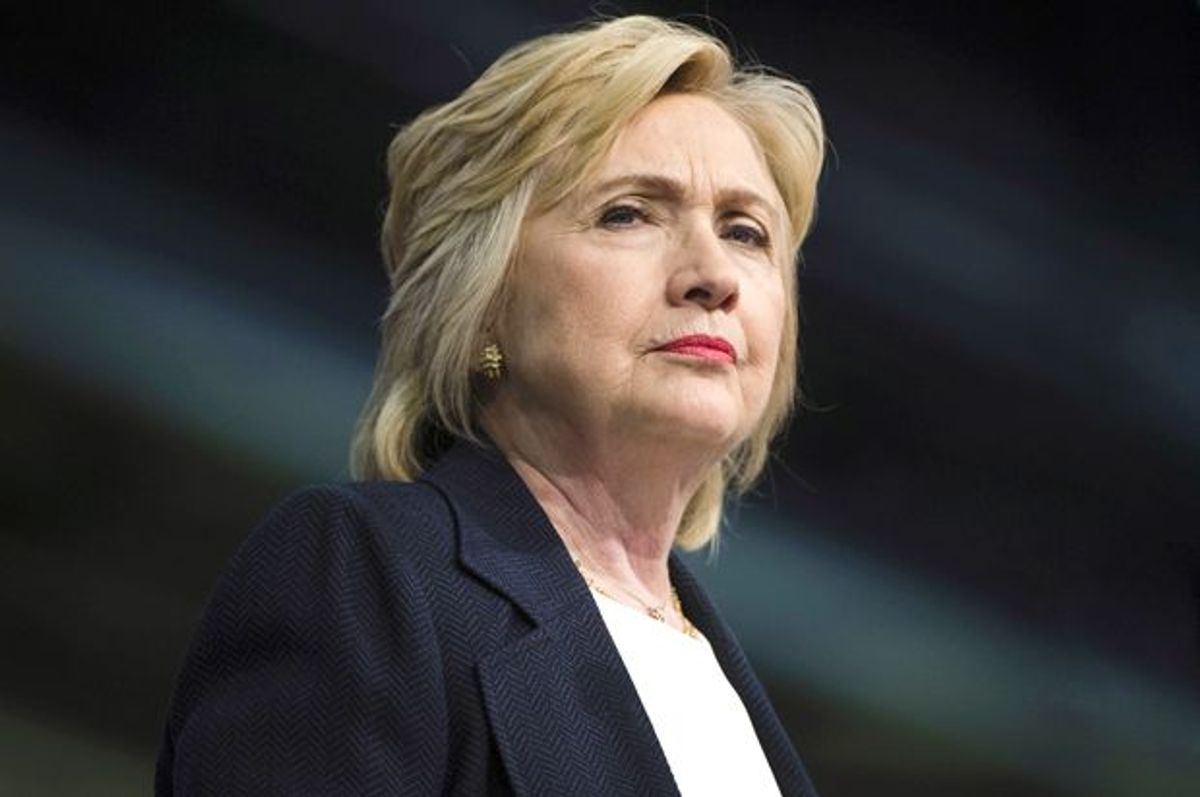 When Hillary Clinton broke her toe in London over the weekend, Americans across the country collectively held their breath, concerned about the health and well-being of their shadow president.

While Clinton is in Europe promoting her new book — a tell-all explaining what happened in 2016 and how her political career came to an end — Fox News has been covering the former politician as if she were the president of the United States.

From her stance on the NFL protests, to her response to the Harvey Weinstein scandal, Fox News has reacted to Clinton's every move as if she were the leader of the free world and the beacon of Americanism.

That may explain why Fox News reporter John Roberts asked the real president, Donald Trump, to comment on what Clinton has said about the NFL. The question drew ire from media critics who felt that Trump's rare press briefing demanded more serious questions, such as his policy on Iran and North Korea, or the hurricane relief in Puerto Rico.

To justify his question, Roberts said it was relevant because Clinton operates as a "shadow president."

We'll have to agree to disagree. As long as HRC operates as a "shadow President", what she says carries relevance and weight.

His tweet provided insight into the minds of reporters and commentators at Fox News. In their world, Trump can do no harm, so in order to counter the impartial press' narrative of the failing Trump presidency, Fox News framed Clinton as the boogieman who sinisterly opposes the current administration. One doesn't have to look further than to Fox prime time host Sean Hannity, whose nightly monologues obsess over Clinton. Hannity regularly makes use of his entire platform to attack Clinton and distract from Trump.

.@newtgingrich: “[Hillary Clinton] is using racism as a deliberate weapon. She is dividing the country on racial grounds” #Hannity

Did James Comey break the law in the Hillary Clinton investigation? James Kallstrom and @JaySekulow react next #Hannity

Fox News' agenda cannot be made more clear here. The network ferociously backed Trump in the 2016 election. So as Trump's approval rating hits historic lows, and no Republican legislation can get through Congress, they were forced to elevate Clinton to the shadow presidency in order to divert guilt.