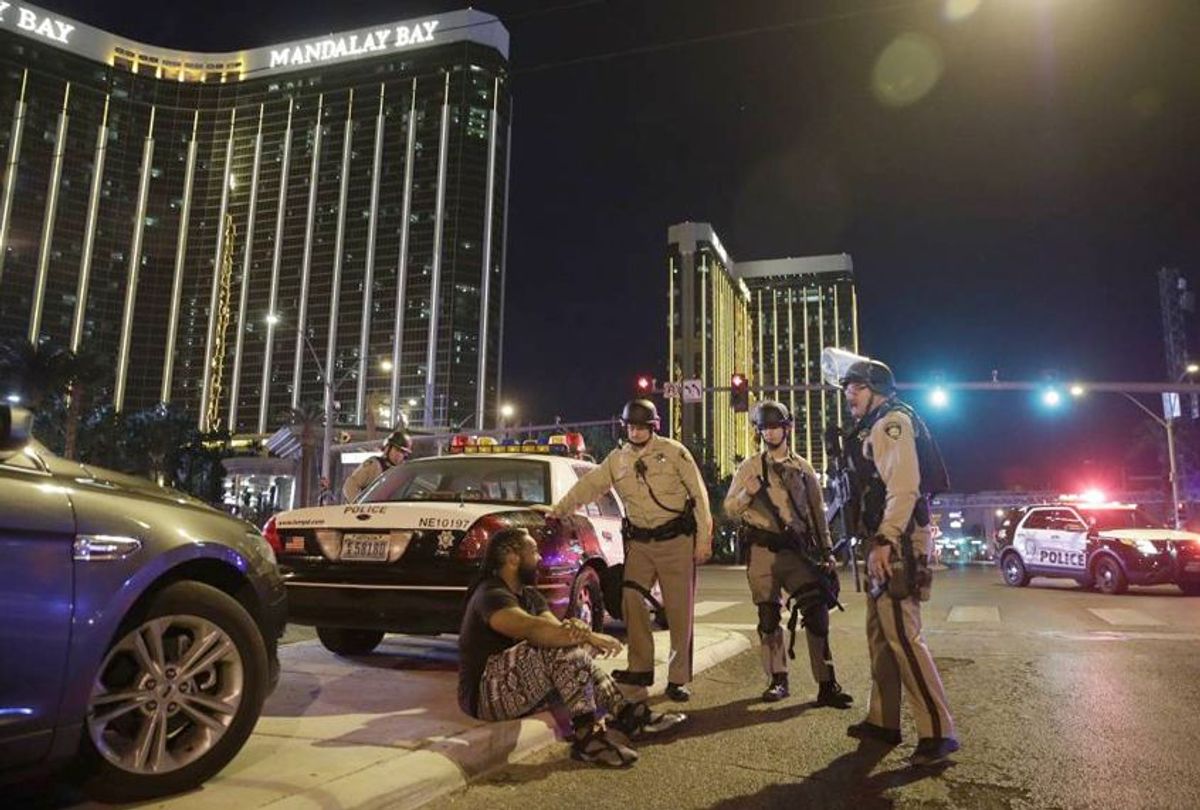 Police officers stand at the scene of a shooting near the Mandalay Bay resort and casino in Las Vegas, Oct. 1, 2017. (AP Photo/John Locher)
--

When it comes to describing a mass shooter, the media has a distinct racial bias.

There was another term that appeared to have racialized connotations: "radicalized." In the Quartz study — which analyzed the coverage from six networks of every mass shooting in which the perpetrator's race was identified since Sandy Hook in 2012 — it was determined that no white mass shooter was ever referred to as radical. By contrast, the word "radical" was used 33 times when the killer was non-white.

The term "terrorism" was also used in a distinctly racialized way, with the Quartz study finding that it appeared four times more often when describing non-white mass shooters than white mass shooters. On the other hand, white mass shooters were far more likely to have their actions described as motivated by a "hate crime" than their nonwhite counterparts.

Ever since Paddock was widely branded as a "lone wolf" by the media, there has been a heated debate over whether that term was being used for racist reasons.

"The real trouble with all this contagious indignation over Paddock’s ‘white privilege’ is that in a country with a real racism problem, it seems so terribly misplaced," wrote Mary Wakefield, who served as an official in President Barack Obama's administration.

Conversely, many on social media immediately noticed the fact that Paddock was being described as a "lone wolf" instead of as a "terrorist" and jumped on the perceived racism of the media's terminological preferences.

It turns out that, statistically speaking, the people who saw racism in the use of the term "lone wolf" had the facts on their side.