Trump's Puerto Rico debacle: 81 years ago, we were better at disaster relief

In 1936, an F5 tornado devastated Tupelo, MS. The U.S. government leapt to action immediately — not like now 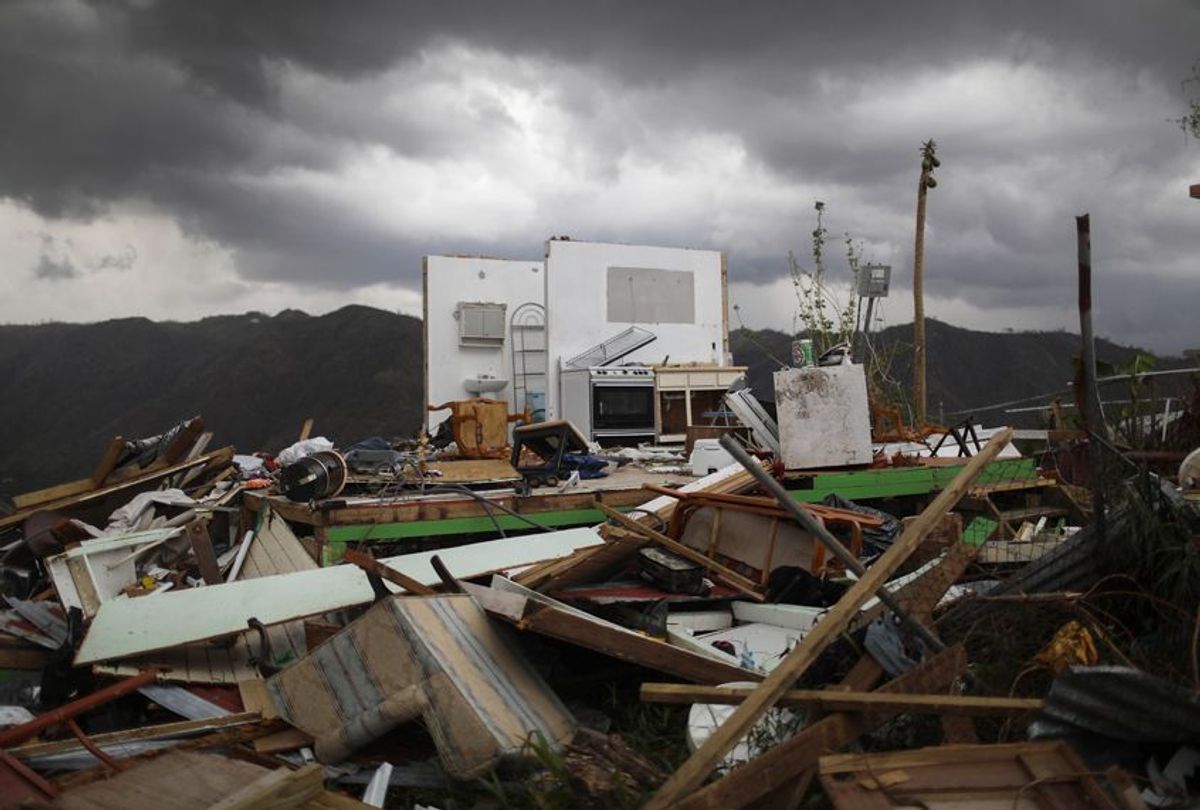 It’s been an unprecedented season of natural disasters. From Houston to Puerto Rico, California to Florida, hurricanes and wildfires have decimated cities and rural areas, bringing death and destruction to the doorstep of thousands. These disasters have raised the stakes in questions about whose bodies matter and whose don’t, whose histories will be told and whose buried in the rubble, who counts as a citizen and who doesn’t.

In times like these, the past can teach us something about how to move forward.

Case in point: the Tupelo, Mississippi tornado of 1936. It roared in like a run-away train at 9 p.m. on Palm Sunday, April 5, registering an F5, the highest level on the Fujita Scale, and leveling 48 city blocks. Afterward, the dead and dying were strewn about the town, dangling in the sheared limbs of leafless trees, buried under the wreckage, pinned to the bottom of a small lake called Gum Pond. Debris littered the neighboring state of Tennessee. The official death toll was 233, with about 1,000 residents listed as injured, many seriously. Based on these figures, it remains today the fourth most deadly tornado in the history of the United States.

The tornado occurred in the midst of a disaster of even greater proportion, the Great Depression, which had seized the country in its iron grip throughout the 1930s. Ironically, a large part of Tupelo’s remarkable recovery is the result of that very fact. President Roosevelt’s massive government safety net of New Deal projects, employing millions of laborers, artists, scholars, engineers and teachers, was firmly in place in Tupelo. The city had had the distinction, in 1934, of becoming the nation’s first community powered by the Tennessee Valley Authority, a New Deal agency that had built dams throughout the region to prevent devastating floods and provide cheap electricity. Incredibly, two hours after the tornado struck, TVA construction crews had run temporary wires to light locations where the injured were being treated. By midnight, TVA lines were being used for long distance calls to summon help from the outside world. Around 250 TVA engineers and workers rushed to the city and had the electricity fully restored three days after the disaster.

More crucially, a group of Roosevelt’s Civilian Conservation Corps, a work relief program for impoverished young men, was working nearby. Alongside local residents, “the CCC boys,” as they were called, saved countless lives, rescuing the injured from crumbled houses, putting out the fires that burned throughout the night and later digging hundreds of graves. Meanwhile, within hours, the National Guard leapt into action, stationing hundreds of reserve soldiers around town to prevent looting, and the American Red Cross began setting up food stations and providing people with shelter and clothing.

By April 10, five days out, the U.S. Resettlement Administration had begun clearing 32 acres for housing, and a day later, a special WPA grant of $1,000,000 — an eye-boggling amount in those times — was released for relief work. By April 18, thirteen days later, the President had signed a bill which would lend up to $50,000,000 to those who had lost homes and possessions. Meanwhile, bolstered by the federal government’s concretely demonstrable commitment to restore Tupelo, state and local officials, business and religious leaders, and transportation carriers like the Frisco railway and Greyhound bus lines were providing assistance. As J.M. Thomas of the Federal Land Bank of New Orleans telegraphed to Tupelo’s mayor: “I want to be of service. . . . Please command me.”*

The difference between the federal responses to the Tupelo and Puerto Rico disasters is stark. Nearly four weeks have passed since Puerto Rico was laid low by Hurricane Maria. Despite enormous advances in transportation, technology and communication over the past 80 years, scant electric power has been restored, and communication lines are still largely down. Federal troops are just now being sent to rural areas to make sure aid gets to the people who need it. This lack of immediate action is literally the difference between life and death, as news headlines continue to ominously report: “Puerto Rico’s Health Care Is in Dire Condition”; “Puerto Rico: US Officials Privately Acknowledge Serious Food Shortage”; “Puerto Rico's Death Toll From Hurricane Maria Climbs to 48.”

This calamitous situation is not for lack of relief efforts organized by ordinary citizens and celebrities alike. From Lin-Manuel Miranda’s release of the song “Almost Like Praying” to meal preparations by chef José Andres to the millions of dollars raised by celebrities like Stephen Colbert and Jimmy Fallon and smaller amounts donated by everyday Americans, the response to the Puerto Rican tragedy has been overwhelmingly compassionate. But money alone, compassion alone, doesn’t turn on the lights. It takes a monumental, organized federal effort.

Why did it take so long for the Trump administration to suspend the Jones Act (eight days) and only allow it to stay suspended for ten? Why did it take more than a week for the U.S. Navy hospital ship Comfort to leave port and 11 days for it to reach Puerto Rico — and why are doctors still having problems getting their patients aboard? Why did the President chide Puerto Ricans for breaking the federal budget? Why did he attack the mayor of San Juan while she begged for help that wasn’t forthcoming? It was five days before the first Trump administration officials even visited the island.

A key to some of these questions may lie in President Trump’s own rejoinder to Mayor Carmen Yulín Cruz’s desperate pleas: “They want everything done for them when it should be a community effort.” This statement raises larger questions: What kind of safety net do Americans — and Puerto Ricans are Americans — deserve? What counts as timely, effective federal assistance in times of utter disaster? Rolls of paper towels tossed to survivors? Self-congratulatory press conferences and photo ops?

And who counts as a citizen in Trump’s America?

Minrose Gwin is the author of the forthcoming novel "Promise" about the Tupelo tornado and Kenan Eminent Professor of English, Emerita, University of North Carolina at Chapel Hill.