Trump's war against fallen soldiers continues on another level 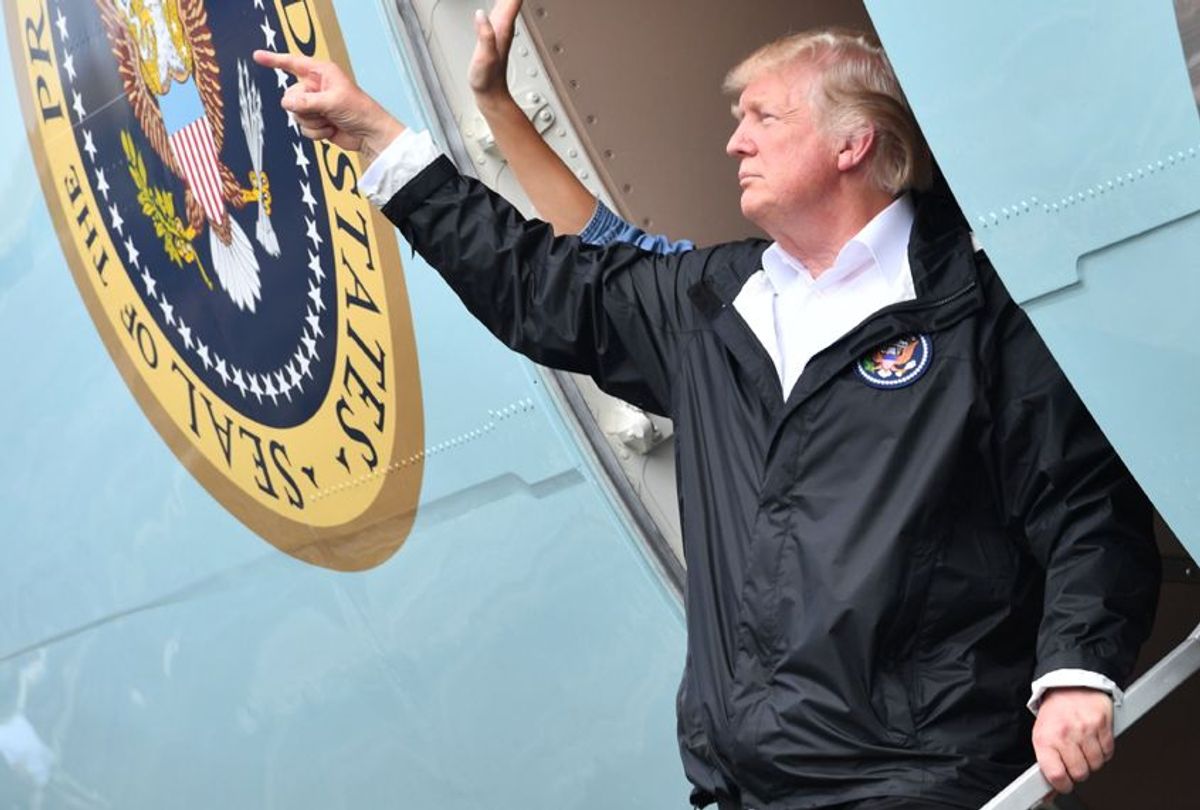 President Donald Trump is continuing to deny that he made disrespectful comments to the grieving widow of an Army soldier who died in Niger — even as the soldier's mother confirmed the account of the congresswoman who insisted that he did.

"I'd like her to make a statement again. I did not say what she said," Trump told reporters on Wednesday, referring to a recent claim by Rep. Frederica Wilson of Florida. This was the second time that Trump attacked Wilson's credibility in a single day.

According to Wilson, Trump called Myeshia Johnson — the widow of Sgt. La David Johnson — and told her, "He knew what he signed up for . . . but when it happens it hurts anyway." Wilson described herself as "livid" at Trump's callous demeanor and said that Johnson was "in tears," commenting that Trump "‘didn’t even remember his name."

Wilson's account was confirmed by Cowanda Jones-Johnson, the soldier's mother, who knocked down Trump's claim to The Washington Post. "President Trump did disrespect my son and my daughter and also me and my husband," Jones-Johnson said.

Although Jones-Johnson decided not to elaborate to the Post, she confirmed that Wilson's version of events was correct.

Wilson herself took to Twitter on Wednesday to criticize Trump, not merely for denying what he said, but for further dehumanizing Johnson's widow in his subsequent defenses.

I still stand by my account of the call b/t @realDonaldTrump and Myeshia Johnson. That is her name, Mr. Trump. Not "the woman" or "the wife"

The controversy over Trump's phone call to Johnson added to a much larger scandal enveloping his presidency. Earlier this week, Trump falsely claimed that he believed he had called every family of soldiers who had died overseas, even though this was later proved to be untrue. He also claimed that he had made more such calls than his predecessors, which was also untrue.