Steven Mnuchin: Of course tax cuts will help the wealthy! 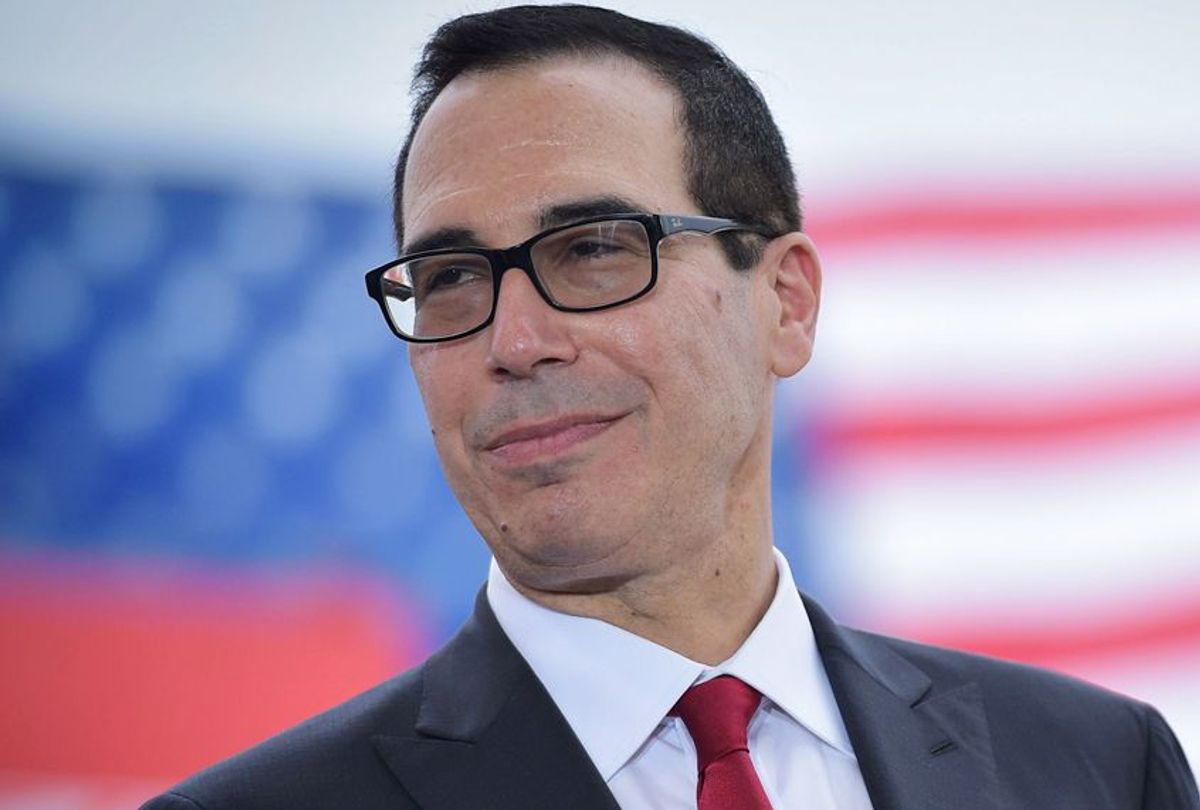 President Donald Trump's treasury secretary has basically admitted that, despite his previous statements, the new tax reform bill will include cuts for the wealthy.

"So when you’re cutting taxes across the board, it’s very hard not to give tax cuts to the wealthy with tax cuts to the middle class," he added. "The math, given how much you are collecting, is just hard to do."

Mnuchin's statement constitutes a reversal of the "Mnuchin Rule," which was established in November. When introducing it, Mnuchin told CNBC, "Any reductions we have in upper-income taxes will be offset by less deductions so that there will be no absolute tax cut for the upper class."

He added, "When we work with Congress and go through this, it will be very clear: This is a middle-income tax cut."

In addition to contradicting his "no tax cuts for the rich" stance by saying that it would be inevitable, Mnuchin also argued in favor of getting rid of the estate tax, even though that only applies to estates in excess of $11 million.

"The estate tax is somewhat of an economic issue and somewhat of a philosophical issue. People pay taxes once. Why should people have to pay taxes again when they die?” Mnuchin said.

Mnuchin also issued a dire warning to opponents of Trump's tax reform plan — namely, that if reform doesn't pass, it could negatively impact the stock market.

"There is no question that the rally in the stock market has baked into it reasonably high expectations of us getting tax cuts and tax reform done. To the extent we get the tax deal done, the stock market will go up higher. But there’s no question in my mind that if we don’t get it done you’re going to see a reversal of a significant amount of these gains," Mnuchin said.