Howard Stern takes on Harvey Weinstein, explains why he doesn't do talk shows 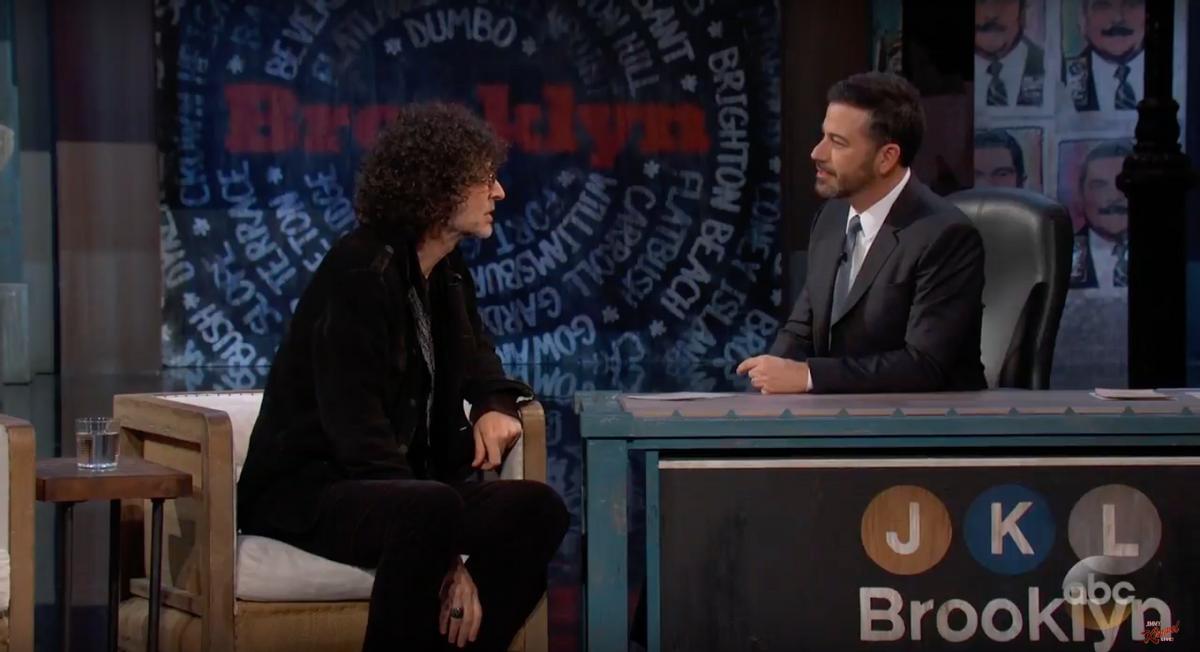 Harvey Weinstein could have learned a thing or two from Howard Stern, the flamboyant radio show host who appeared on "Jimmy Kimmel Live!" Wednesday night. Stern has evolved over the years from a lewd voice on the airwaves to a sage broadcaster who conducts some of the best interviews in entertainment.

That's what made Stern's opinion on the Weinstein scandal so relevant, which he shared with his good friend Jimmy Kimmel in Brooklyn Wednesday.

“Anybody hear of this guy Harvey Weinstein?” Stern asked the audience. “It’s unbelievable. First of all, when did this guy have time to make movies?

“All these guys who do sexual harassment, I mean, they’re freaks,” Stern added. “This big, fat guy, what does he think?”

Weinstein, who has been a guest on Stern's show, was accused of sexual assault and misconduct earlier this month, with a number of victims coming out on the record. Stern was ruthless in his takedown of Weinstein, saying that the Hollywood producer should have felt compelled to wear a burqa all his life.

“Now, I’m a man. If you saw me naked, you’d throw up,” Stern joked. “There is no girl on the planet that wants to see Harvey Weinstein naked and is going to get aroused. If I was Harvey Weinstein I’d wear a burqa and I’d say, listen, you don’t have to look at me.”

Stern's transformation into a serious personality culminated in a fawning New York Times profile that acknowledged his interviewing prowess. "Scattered among the gleefully vulgar mainstays are now intimate exchanges that have made Mr. Stern one of the most deft interviewers in the business," the article proclaimed.

Stern used to have an obsession with strippers and lesbians, but now he wants to understand what makes the rich and famous tick. He has been compared to a therapist who prods celebrities until they discuss even their darkest secrets.

But late-night hosts will have no such luck with Stern, who admitted he did not like coming onto talk shows.

“I hate doing talk shows,” Stern told Kimmel. “It's so unnatural. Everyone evaluates you. How did he do? Was he funny? Did he pull his pants down? Was he farting? He wasn't good enough. It makes my neuroses crazy."