Is Trump trying to distract America from his latest military disaster? 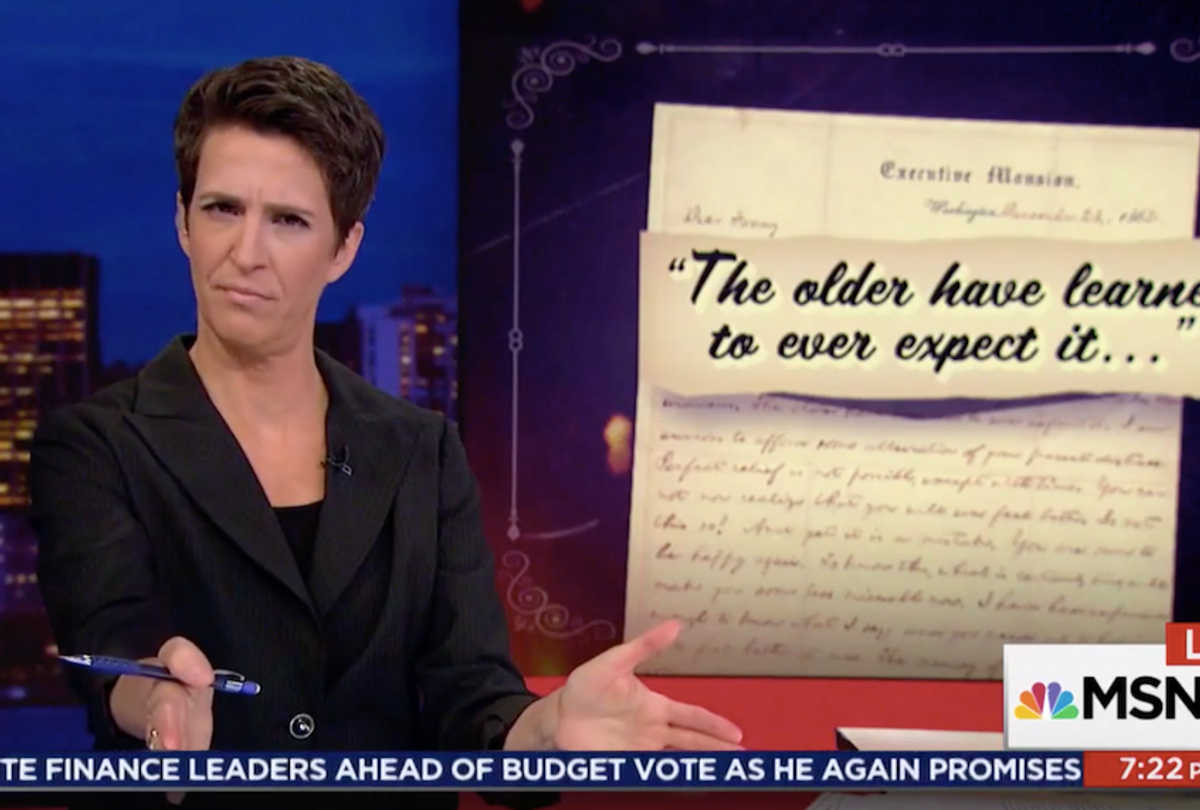 President Donald Trump's phone call to the widow of fallen soldier Sgt. La David Johnson, who was killed in Niger, has dominated the headlines since the details were first revealed.

The president reportedly told Johnson's wife that her husband "knew what he signed up for" and appeared not to know the soldier's name.

This comes after Trump made false claims about how his predecessors handled the death of U.S. service members.

“It’s not just distraction, it’s diversion. Just barely related enough in terms of subject matter, doesn’t just challenge people to talk about something new but stands in for real scandal,” Maddow said. “Muddies the real story’s storyline. Diverts energy from the initial news cycle that was difficult for the White House to deal with. Not just distraction, diversion.”

Maddow believes the story is a diversion from what really happened to U.S. sodiers in Niger. Details have remained elusive about the ambush that killed four troops.

“Something about what happened in Niger has caused this president, apparently instinctively, to divert the conversation from what happened to those soldiers,” Maddow explained.

Watch the segments below.