The best book about the Beatles you will ever read is “Love Me Do! The Beatles’ Progress” 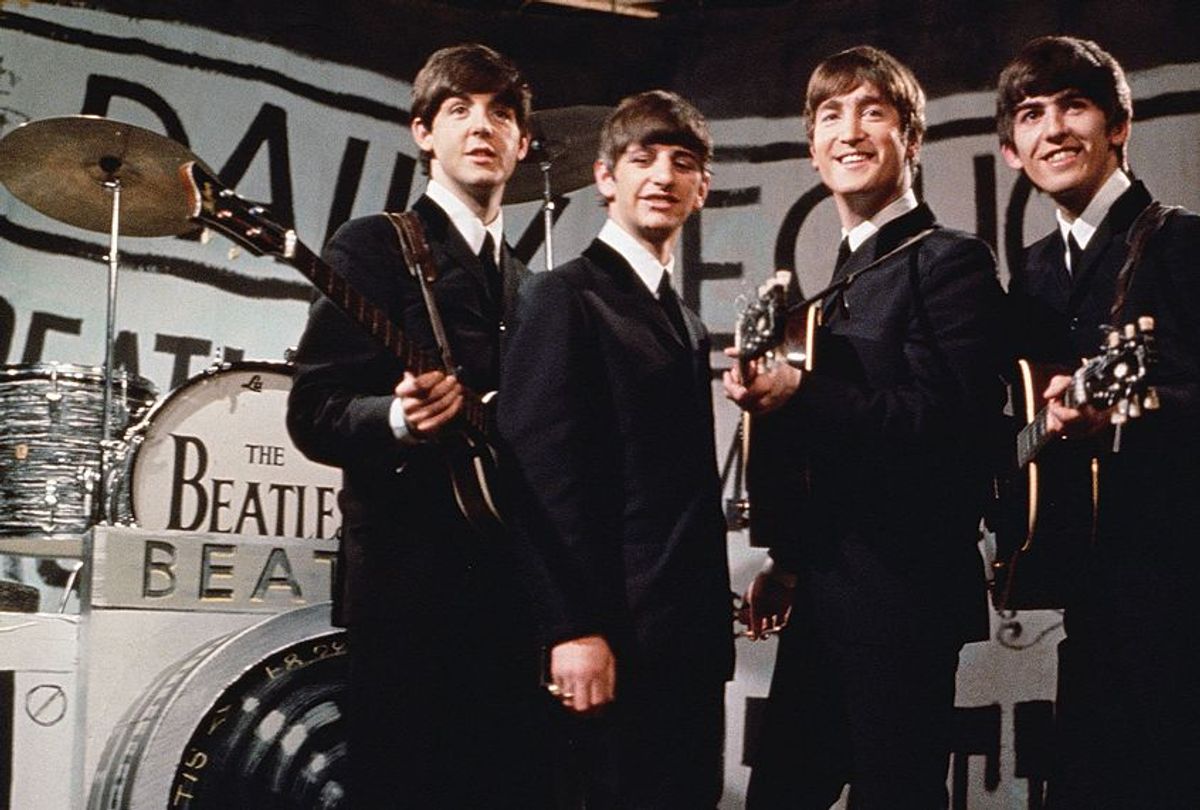 Ever since I got into the Beatles as a 14-year-old, I have been reading Beatles books rapaciously, ranking them in my head with only slightly less of the zeal I deploy in ranking Beatles albums.

For instance, I will all but throw down — rhetorically speaking, of course — in arguing that Peter Brown and Steven Gaines’ "The Love You Make" has more of the visceral truth than the rah-rah cheerleading of the "Anthology," that Philip Norman’s "Shout!: The Beatles in Their Generation" is the best tome on the pre-fame years, and that acclaimed Beatles chronicler Mark Lewisohn is absolutely awful at writing, but may be the best researcher of a pop culture subject of the last century.

This October marks the fifty-fifth anniversary of the release of the Beatles’ first single, “Love Me Do.” This song release marked the end of the pre-fame years by reaching 17 on the British charts.

No one would maintain that the song is a masterpiece, but I’m constantly struck by how well it has aged — it’s brawny, bluesy, just tender enough, just tough enough, just distinctive enough. It also did not hurt that manager Brian Epstein bought up 10,000 copies himself, a formula for success called padding, through which the Beatles owe, in some degree, their next opportunity or two. They now had an audience, and upon that audience they happily cascaded “Please Please Me,” “From Me to You,” “She Loves You.”

What does this have to do with what I’m going to call the best Beatles book to date? Quite a lot, really. The Beatles always had oodles of help along their journey. They were good at cashing in on breaks, but a lot of people were quick with a career-building handout. When in a rut early on, someone in the band would remark, “something will happen,” and something, inevitably, would.

They didn’t expect their fame to last, which is why I think they let writer Michael Braun see an uncensored version of their particular collective, with many of their very human foibles on display. Braun traveled with the band on their 1963 UK autumn tour. He followed them to Paris in early 1964 and on to America for the big breakthrough on "The Ed Sullivan Show." He wrote a book, which appeared at the peak of Beatlemania, called “Love Me Do! The Beatles’ Progress,” the subtitle being a reference to John Bunyan’s 1678 Christian allegory, "The Pilgrim’s Progress." Our Mr. Braun meant literary business.

He was a whiz of a writer, a legit prose stylist who was no pop music obsessive, but rather someone who could filter information like a journalist, while writing like a stylist. He gives us the Beatles as they were, which in John Lennon’s words about this very book, were as “bastards.”

I’ve noticed in these sociopolitical times that there is a great need for Beatles people to treat their heroes as if they are representatives of some nostalgia-friendly safe space. When I write on the band — as I frequently do — any negative comment, no matter how seemingly benign, is going to generate a lot of hate mail. The comment can be completely factually true, simply a matter of the messenger coming along with some vetted documents in his arms, and the onslaught begins. Sometimes with death threats.

This has often caused me to think about Braun’s book, which is out of print (though available on Kindle). I wonder if it will always be out of print, or at least while we are so sensitive about everything. What I’m seeing, though, is this need to protect one’s idols, if they are Beatles, as if they must have no transgressions; if there were it would be an indictment against the individual who needs Messrs. Lennon, McCartney, Harrison and Starkey to be akin to plush stuffed animals they hug when they are are sad or angry, or just, to use a Beatles expression, cheesed off at the big, bad world. The Beatles, whose images were appropriated for what’s actually a fairly witty mid-1960s cartoon, have become cartooned in 2017 culture. Hail the four saints.

Not only is this silly — and depressing, really — it’s disrespectful, a trend that robs four men of their humanity, their rights, as humans, to do wrong — we are not talking murder or child molestation here — and to then carry on from those mistakes, ideally as better people, and, with the Beatles, better artists.

They are definitely brattish in "Love Me Do!," not unlike that high school sports teammate you might have had who was immature a lot of the time, and funny some of it.

George Harrison slags off Ella Fitzgerald as an “old fogey.” They dash off a song for Billy J. Kramer and laugh over how dumb he’ll sound singing it. John Lennon speaks with Braun about the script for "A Hard Day’s Night" which will become the Beatles first film. “He explains that his first line in the film is one he’s supposed to say when Paul enters with an old man,” Braun writes, then quotes Lennon about how he is meant to ask McCartney who his friend is. “I wouldn’t say that,” Lennon adds. “I’d just say, ‘Who’s the old crip?’”

“Crip” being cripple, of course. If you know Beatles history — or even just watch the film of the band’s first U.S. concert, in Washington, D.C., in February 1964 — you know that they made fun of the handicapped at their shows. You also may know that the Beatles made Nazi salutes on hotel balconies to the crowds below.

What does this mean? These are some pretty bad things, no? I am not someone who believes that doing a bad thing automatically makes you, for the duration of your life, a bad person. We are far more foundationally complex than that — or we can be, anyway, if self-reflection and growth is part of our status quo, meaning we never really have a status quo because we are in flux. Ideally. The Beatles were very good at being in flux. As people, and certainly as artists.

They were often far better at the evolving person bit than some of their fans are today. Hear me on this: some of their fans. The portion of that fan base that attempts to veil the Beatles from the vetting we so readily subject others to.

You might go to a museum and love the Picassos on the wall, with this love helped along by your ignorance as to some of the unsavory aspects of the man’s life, because a Picasso bio is probably not something many people seek to spend time with anymore. That discussion about whether the art is separate from the artist — one I see trotted out frequently on Facebook — won’t come up. But the Beatles? People are more apt to read a Beatles bio, so why aren’t they ever called out on the carpet?

Personally, I like people who are humans. Just because you’re a person doesn’t mean you’re fully human. The latter make mistakes, learn from them, make some more and learn from them quicker than they did the ones prior. Because that is growth. Pressure will make humans do all kinds of things, too, and while I wish the Beatles didn’t do some of the things they did, because people were undoubtedly hurt, it never made me love them less. I didn’t need them to be protected, and reading "Love Me Do!," it’s almost refreshing to have these moments where you think, “right, stop being a jerk, dude, I’m out of here for a bit,” because that is exactly how we feel, at some point, with the people who mean the most to us in our lives, the people we love and count on.

The nicest remark I can make about Braun’s achievement is that if the Beatles did not exist, we’d still have a work of literature here. It’s a collage work, as well. The notes from fans which Braun includes can be downright creepy, showing this need people have to have the pits inside of them filled by external sources, because they can’t fill them themselves.

I like to think that progressing through the Beatles’ music over the course of their career, and tracking their growth — that notion of progress that Braun picked up on so early in their artistic, emotional, spiritual journey — probably better helped the writers behind these letters source meaning from within as they went along in their own lives. It just might not have been there like they wanted it to be, when they first encountered the Beatles. But then again, the Beatles themselves could say the same thing, going by Braun’s book, and I think they got to a pretty good place by the end.