TV Triage: A guide to series that are ready to give up the ghost 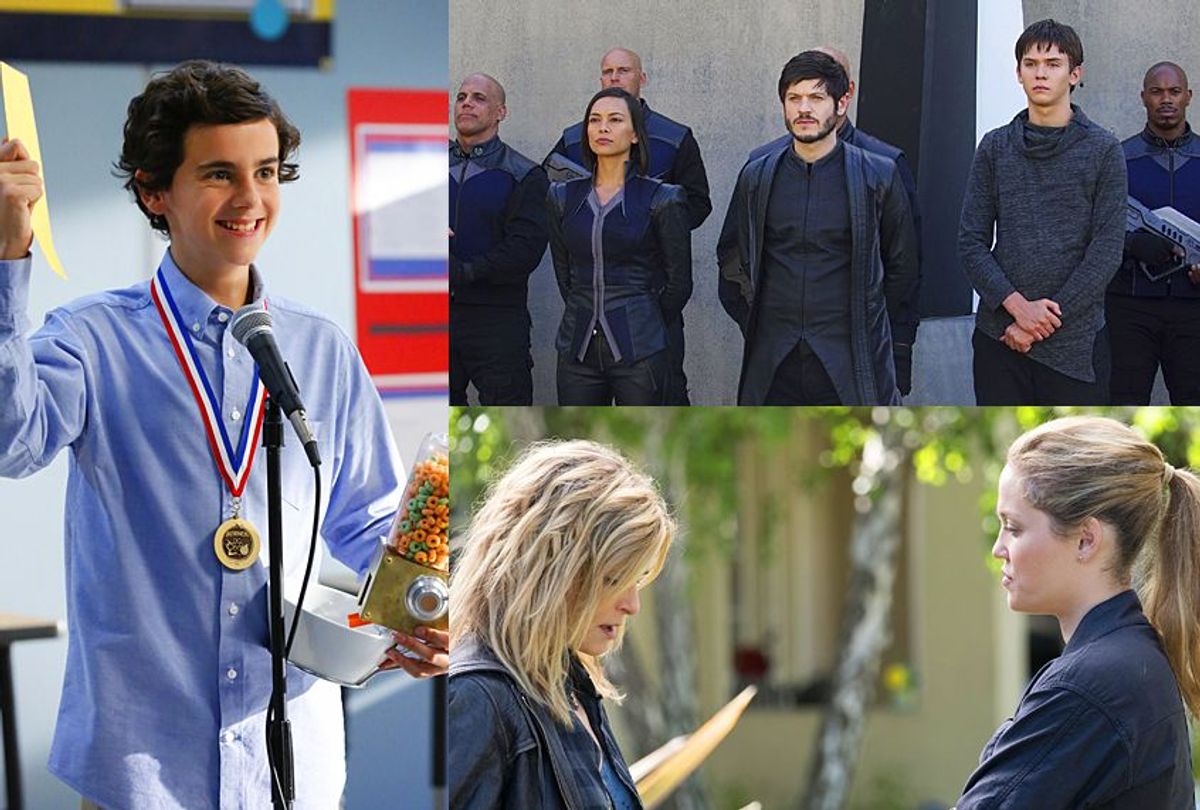 Someday soon the networks will acknowledge the obsolescence of the fall TV premiere model. In practice we’re already there: You may have noticed in recent years that networks have been saving their best series for January debuts. This is partly because by then the distraction of the holiday season has passed and viewers are inside more, having hunkered down for winter.

Spring is television’s other desirable premiere berth — late March and April, to be specific. This is when cable and streaming tend to push out their awards bait to ensure qualification for that year’s Emmys nominations. So charmed are we by these emerging buds that we forget the mistakes of September, October and November ever happened. Fall season is the season of dying things.

Nevertheless, it’s still a traditional launch pad, although its purpose seems to have evolved somewhat into a testing ground for uncertainty. However, this fall’s middling bunch of series has the stupendous luck of debuting in a season that, according to Nielsen, is commanding lower ratings compared to where they were last year. And remember, last year’s election lunacy made the 2016-2017 contenders struggle to achieve liftoff.

ABC, CBS, Fox and NBC are down by double digits in the coveted 18-49 demographic — up to 17 percent — and while we can point to a number of systemic shifts as reasons for this, one is very simple: most of the new shows are a waste of time.

Be that as it may, none has been cancelled. Yet. (And CBS’s “S.W.A.T.” has yet to premiere.) Granted, we’re still a mere three weeks into the season, but somebody’s pink slip is undoubtedly being filled out as I type this. As for whose, here are a few educated guesses along with qualifications, in some cases, as to why they may live regardless of how few of us want them to.

“Marvel’s Inhumans,” ABC. Many critics, myself included, had no love for the premiere of this poorly scripted superhero drama bedecked with stunningly unrealistic digital effects. In this case audiences and professional TV viewers are in agreement — its audience hovers around 3.4 million.

“Ten Days in the Valley,” ABC.  Together “Inhumans,” ABC has the dubious honor of airing the two lowest rated new series of the 2017 fall batch (The network also is home to the highest-rated new drama, “The Good Doctor,” proving that fortune withholds with one hand as it caresses with the other). Unlike its comic book cohort, “Ten” — a mystery about a TV producer (Kyra Sedgwick) searching for her missing daughter —  is not a bad show. Rather, its crime is its lack of originality. It also happens a miniseries although, at this point, one can more accurately call it a placeholder; ABC is likely to shift its Sunday schedule to accommodate the return of “American Idol” in midseason.

“The Mayor,” ABC. On the comedy side of things, unless a newbie show is connected to a known franchise, a la CBS’s “Young Sheldon” and NBC’s reboot of its old Thursday night hit “Will & Grace,”  it’s hating its chances right now. Even a well-reviewed comedy like ABC’s “The Mayor” (yes, another tough nut for the network) hasn’t connected with a sizable audience yet.

That said, “The Mayor” is owned by ABC, one of those indicators that give struggling shows a better shot at getting cleared for more episodes than series produced by non-affiliated studios.

“Me, Myself & I,” CBS. “Saturday Night Live” alumnus Bobby Moynihan’s debut outing as a sitcom star gets an A- for execution, but his show had the dubious luck of premiering on the same night as “Young Sheldon,” which dwarfed it in the ratings. In the three weeks that it’s been on the air, it has bled nearly 44 percent of the audience that tuned in for its series premiere.

CBS is not a patient network when it comes to series it does not own, so it’s a good bet that this series will be done right around turkey time. Meanwhile, the inferior “9JKL” is getting decent ratings behind “The Big Bang Theory” on Mondays. Though that may change once the hit comedy moves to Thursdays in a couple of weeks, CBS owns it, and that means we may be stuck with its lease until May.

“The Brave,” NBC.  Although no network’s contribution to the season’s military drama trend is lighting the schedule on fire, NBC’s series fails to benefit from a strong lead-in “The Voice” and earns lower ratings than the drama that occupied its slot last year, “Timeless,” which was cancelled before fan outcry led NBC to restore it to life, and that show’s midseason replacement, “Taken.” Both predecessors of “The Brave,” are waiting in the wings to return to the schedule. It’s only a matter of when.

“The Orville,” Fox. Chill, Seth MacFarlane fans — this series is only on the list because Fox has no clear first-year losers right now. However, the “Star Trek” (choose from the following: homage, spoof, rip-off, “I dunno!”) debuted to an audience of 7.32 million on a Sunday in September, but has shed viewers since its Thursday move; last week’s episode attracted 3.37 million in overnight ratings.

But McFarlane is an earner for Fox, which tends to evaluate a title’s success by a different standard than other networks, and if “The Orville” performs well in delayed viewing on other platforms — which it has so far — the network may keep it around for a time.

“Dynasty,” The CW. Another example of a network that defies convention when it comes to ratings, The CW measures hit status in terms of the profitability of a brand as opposed to how well it does in the ratings. That’s good news for this reboot, which attracted just over 1.3 million viewers for its broadcast premiere. The CW has done worse. Not much, but it's happened. But in this case, a soft hello doesn’t matter since CBS Corp. owns “Dynasty” and has licensed the series to Netflix to air 188 countries, with episode available within 24 hours of its domestic premiere.

Therefore, presuming it lives, do not wonder why this middling revival remains on the schedule. All we can do is hope that something better comes along.