Barack Obama joins anti-Trump chorus: "We are rejecting a politics of division" 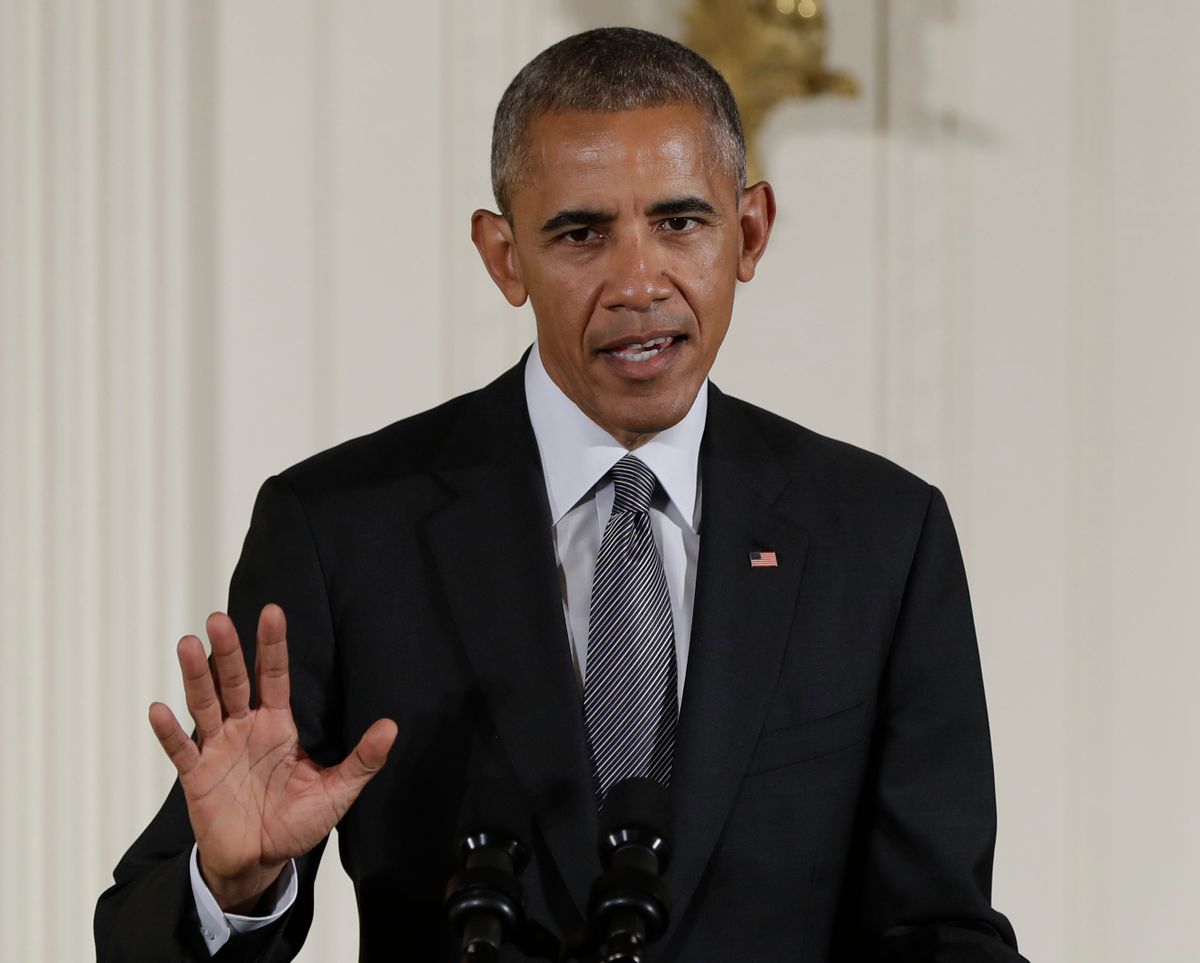 Former President Barack Obama, like his predecessor George W. Bush, delivered a speech on Thursday that implicitly rebuked President Donald Trump without mentioning him by name.

"Some of the politics we see now, we thought we'd put that to bed. I mean, that's folks looking 50 years back. It's the 21st century, not the 19th century," Obama said during a campaign rally for Phil Murphy, the Democratic candidate for governor in New Jersey.

Obama also included a pointed attack on how Trump may have undermined America's credibility overseas.

"The world counts on America having its act together. The world is looking to us as an example. The world asks what our values and ideals are, and are we living up to our creed," Obama said.

Prior to Obama's speech, the crowd demonstrated their support for Obama's two-term presidency by engaging in a chant of "Four more years!" Because of the 22nd Amendment to the United States Constitution, Obama is prohibited from seeking a third term in office.

"America is experiencing the sustained attempt by a hostile power to feed and exploit our country’s divisions. According to our intelligence services, the Russian government has made a project of turning Americans against each other. This effort is broad, systematic and stealthy, it’s conducted across a range of social media platforms," Bush said during a speech at the George W. Bush Institute.

The former president also described how "bigotry seems emboldened" in our current political era and America's political system "seems more vulnerable to conspiracy theories and outright fabrication." He added, "Bigotry or white supremacy in any form is blasphemy against the American creed."

While neither Bush nor Obama attacked Trump directly — following a precedent that most former presidents have observed of avoiding criticism of their successors — their speeches were linked by full-throated support of internationalism and pluralism, both values that Trump has seemed to attack during his presidency.