Iran does not have a nuclear weapons program. Why do media keep saying it does?

Iran has a civilian nuclear energy program, but not one designed to build weapons 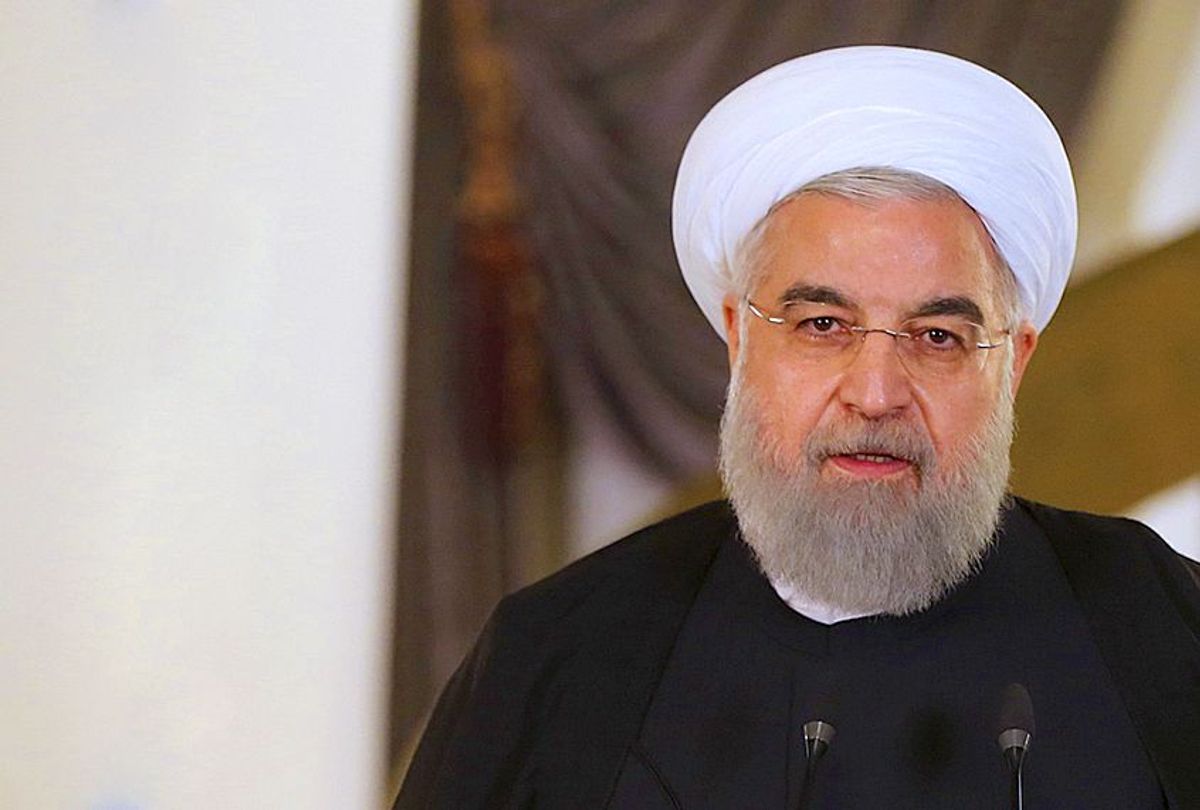 When it comes to Iran, do basic facts matter? Evidently not, since dozens and dozens of journalists keep casually reporting that Iran has a “nuclear weapons program” when it does not—a problem FAIR has reported on over the years (e.g., 9/9/15). Let’s take a look at some of the outlets spreading this falsehood in just the past five days:

The problem with all of these excerpts: Iran does not have a nuclear weapons program. It has a civilian nuclear energy program, but not one designed to build weapons. Over 30 countries have civilian nuclear programs; only a handful—including, of course, the U.S. and Israel—have nuclear weapons programs. One is used to power cities, one is used to level them.

If you are skeptical, just refer to a 2007 assessment by all 16 U.S. intelligence agencies which found Iran had “halted” its nuclear weapons program. Or look at the same National Intelligence Estimate in 2012, which concluded again that there “is no hard evidence that Iran has decided to build a nuclear bomb.” Or we can listen to the Israeli intelligence agency Mossad, which concurred with the US intelligence assessment (Haaretz, 3/18/12).

The “Iran Deal,” formally known as the Joint Comprehensive Plan of Action (JCPOA), is built on curbing Iran’s civilian nuclear program, out of fear—fair or not—that it could one day morph into a nuclear weapons program. But at present, there is no evidence, much less a consensus, that Iran has an active nuclear weapons program. JCPOA cannot be used as per se evidence such a program exists today; indeed, it is specifically designed to prevent such a program from developing down the road.

A slightly less egregious variant of this canard is when outlets suggest the JCPOA stopped an ongoing existing weapons program—though they don’t make the mistake of saying it still exists: The JCPOA “called for the elimination of economic sanctions Iran in exchange for Tehran giving up its nuclear weapons program,” USA Today (10/13/17) wrote. U.S. and Israeli intelligence do claim that Iran once had a nuclear weapons program—but they say it ended in 2003, not in 2015 as a result of the JCPOA.

The distinction between nuclear energy and nuclear weapons is, of course, non-trivial. Every time the media mindlessly report Iran has a “nuclear weapons program” rather than a “nuclear program” (or, better, a “nuclear energy” or “nuclear power program”), they further advance the myth that Iran’s intentions or “ambitions” are to build a nuclear bomb, which is something we have no evidence it is doing or plans to do—at least since the Ayatollah Ali Khamenei issued a fatwa against building nuclear weapons in 2003 (Foreign Policy, 10/16/14).

So why do some many reporters keep mucking this up? A few reasons: It’s just a mantra repeated ad infinitum, and journalists and pundits often mindlessly repeat an oft-repeated phrase. Some, such as nuclear arms expert Jeffrey Lewis at the Center for Nonproliferation Studies at Middlebury Institute, think it’s simply an issue of reporters not knowing how to express a complicated idea.

“I often see this point [about the civilian vs weapons program] mangled. I don’t think it’s malice, just a writer or editor not knowing how to express an idea,” he said on social media. “The JCPOA imposes measures that constrain Iran’s nuclear energy program to provide confidence that the program remains peaceful,” he added, offering an example of how that idea can be expressed.

Another major reason for this recurring falsehood, as FAIR (7/6/17) noted after the New York Times twice “mistakenly” accused Iran of carrying out 9/11 (one of the smears going uncorrected for over three years), is that one can say pretty much anything about Iran without any professional or public backlash. Because Iran is an official U.S. enemy, and its motives are therefore always deemed sinister, the idea that it is plotting to violate the Nuclear Non-Proliferation Treaty and build a nuclear weapon is simply taken as a given. The lack of hard evidence for this is irrelevant: Intentions of those in the crosshairs of U.S. power are always presented as cynical and malicious; those of the U.S. and its allies benevolent and in good faith. Iran’s sinister motives are simply the default setting—no matter how much evidence points to the contrary.