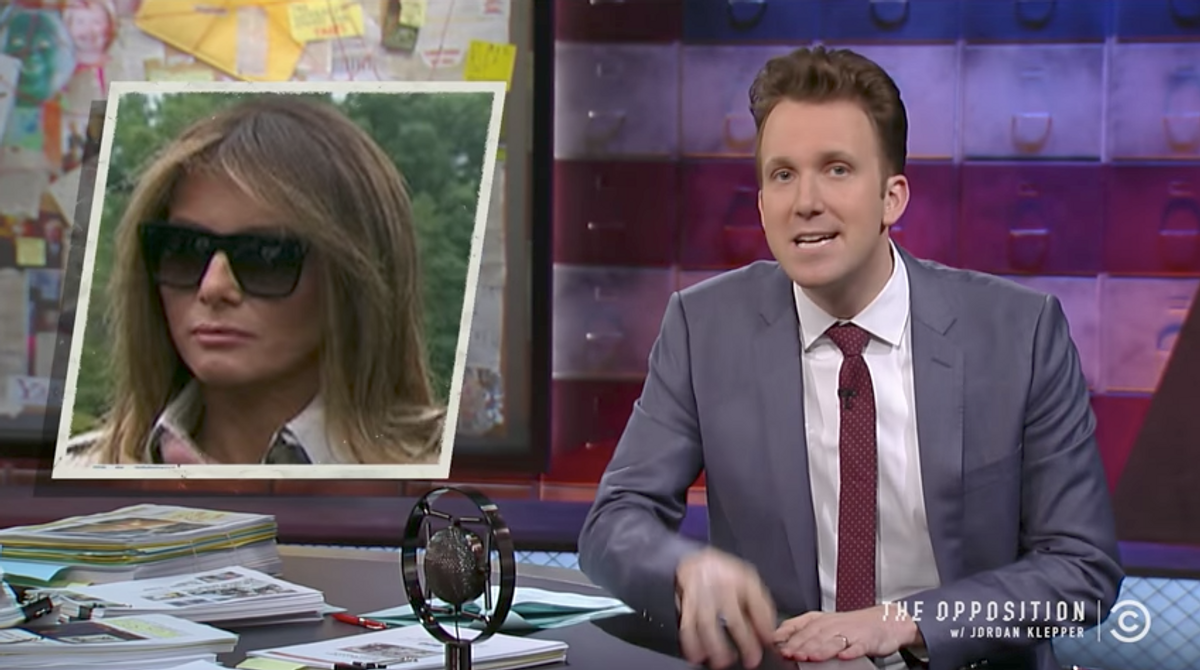 Comedy Central's Jordan Klepper believes that the conspiracy theory floated on Wednesday about first lady Melania Trump having a body double is merely a distraction from the real issue: the "opinion double."

On Thursday night's "The Opposition," Klepper discussed the conspiracy theory, but said he wasn't getting distracted by it.

"Do you have any idea how dumb that sounds?" Klepper asked about the frenzy over Trump's body double. "Of course Melania has a body double. We freethinkers have known that for years."

Klepper even added that "body doubles are everywhere in politics" and were invented by Queen Elizabeth I.

However, as Klepper explained, "This Melania body-double thing is trying to throw you off the scent, like a perfume that tells lies."

"The big story? The double that is happening in health care," Klepper explained and then showed clips of President Donald Trump's varying stances on health care this week, including his positions on the bipartisan legislation known as the Alexander-Murray bill.

"I know what you're thinking — Trump's body double went off-book," Klepper said. Shut up, that's absurd — Trump doesn't have a body double. They're not ready yet; they've been only growing beneath the Arizona desert for nine months, give them time."

According to Klepper, the president "is using an even more advanced technique: the opinion double."

"You see, opinion doubles let Trump occupy multiple stances on health care at the same time. They allow you to play to whichever room you happen to be in. If you have every opinion, you are guaranteed to be right — it's brilliant," Klepper explained. "

Klepper added, "It's why I bet on every horse."

The evil conspiracy here? According to Klepper, it's bipartisanship.

"You think politicians are going to work with their enemies just to help Americans? What's the catch?" Klepper asked.