Michael knew not to try to replicate his chart crusher; instead he risked all, crafting a deeply personal document 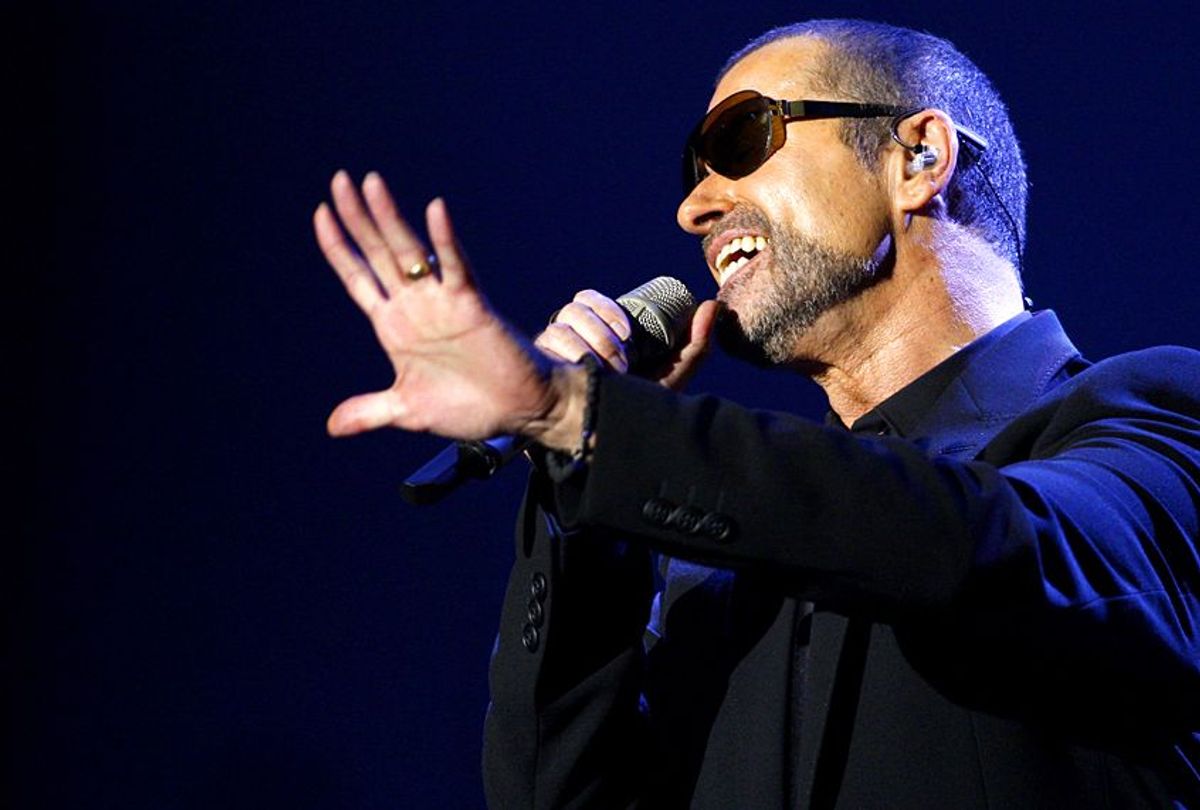 At the end of October, George Michael's "Faith" turns 30 — a milestone anniversary that now feels bittersweet, as it comes less than a year after his unexpected death. Still, fans of the late pop star can expect several new releases in the coming weeks.

A long-awaited documentary, "George Michael: Freedom," premieres on Showtime on Saturday, October 21. Narrated by Michael himself — and featuring commentary from, among others, Elton John, Cindy Crawford and Mary J. Blige — the film "will focus particularly on the tumultuous period leading up to and following the release of his sophomore album, 'Listen Without Prejudice Vol. 1,'" Billboard notes.

The documentary just so happens to coincide with the release of a long-delayed reissue of "Listen Without Prejudice, Vol. 1." Originally released in 1990, the record sold only two million copies in the U.S. and found Michael exploring more sophisticated and mature sounds. ''I think it's against the tide in many ways,'' Michael told The New York Times. ''But I didn't feel I had any choice. I've never made an album that sounded like the one before. If I'd made 'Faith 2,' it would have been unsatisfying for me."

Such boldness is admirable, and indicative of Michael's commitment to following his own vision. After all, it would've been taking the easy route to write another "Faith," an album whose combination of marbled funk, sleek pop and piercing soul (rightfully) dominated the latter half of the '80s. But a fresh listen to "Listen Without Prejudice" reveals a deeply personal record that's interested in defining itself by introspection and progress.

Of course, Michael intuitively realizes that new beginnings can be messy. In some cases — the anti-war "Mother's Pride," the cynical romantic commentary "Cowboys and Angels" ("Why should I imagine that I was designed for you?") — moving forward leads to heartbreak. At other times, progress is impeded by internal barriers: "Waiting for That Day" interpolates the Stones' "You Can't Always Get What You Want" and features the lyric, "Something in me needs this pain." And, at other times, songs are optimistic that starting over involves reconciling the past. "Heal the Pain" encourages someone to get over emotional damage, and "Something to Save" is a plea for a second chance.

However, with the nonchalant dance-funk of "Freedom! '90" — a pedestal-detonating manifesto on which he announces "I don't belong to you/And you don't belong to me" — Michael takes pleasure in ripping up his playbook. That same mindset informs the music of "Listen Without Prejudice," which is lush and romantic. Save for "Freedom! '90" (and, to a lesser extent, the gorgeous, acoustic- and strings-driven "Something To Save") the record lacks upbeat numbers.

"Cowboys and Angels" is laid-back and jazzy, while the humid "Soul Free" similarly boasts funky flutes and a falsetto detour, and acoustic guitars and warm harmonies give "Heal the Pain" a Beatles-esque feel. The Stevie Wonder cover "They Won't Go When I Go" is even more mesmerizing, as it centers minimal piano, gospel-inspired backing vocals and one of Michael's most powerful and wrenching performances, while the hit "Praying For Time" is the kind of smoldering, hushed ballad at which Michael excelled.

''No event inspired the song, just life in general,'' he said of the song in The New York Times. ''It's my way of trying to figure out why it's so hard for people to be good to each other. I believe the problem is conditional as opposed to being something inherent in mankind.

"The media has affected everybody's consciousness much more than most people will admit. Because of the media, the way the world is perceived as a place where resources and time are running out. We're taught that you have to grab what you can before it's gone. It's almost as if there isn't time for compassion.''

As this quote implies, "Listen Without Prejudice" is more timeless than it might appear. In hindsight, the record is a departure mostly in the sense that the record demands listeners' undivided attention and is best absorbed all at once. There isn't an accessible entry point, at least in the same way "Faith" had any number of singles to hook listeners.

"Five or six years ago, you think how hip it was and how commercial it was to be considered an artist that was making black and white crossover music," he continued. "In 1990, you're supposed to know who your audience is, black or white, and you're supposed to play directly to them — whether it be in terms of video or music or advertising.

"Rock 'n' roll and soul music supposedly broke down a lot of those barriers, and I think it's quite disturbing to see that the same industries are kind of rebuilding the walls with both hands, as quickly as they can. And it seems to be profitable for them, but I think it's very very alarming to see music used almost as a weapon that way. So 'Listen Without Prejudice' really means listen with an open mind."

For many, that was difficult, because "Faith" was such a culture-dominating blockbuster that overshadowed Michael's career. You could say "Listen Without Prejudice" was a victim of the "Thriller" effect. Anything Michael Jackson released after his 1982 supernova would be unfairly compared to this peak — and considered a disappointment — even though there was no way he could match the success. George Michael too knew that "Faith" was a career rarity, and so pre-emptively decided to go in a different direction.

"My main objective in making this album was just to make an album which was completely my own, in a sense," Michael said at the time. "I think until now, there's always been some compromise, because I've always felt that I've wanted to move from one place to another. I mean, very definitely with 'Faith,' I had to move away from what the public perception of me was with Andrew [Ridgeley] in Wham!"

Later in the same interview, Michael again spoke of perception: "If you write a song, you want to feel that it's not going to be bypassed because of people's perceptions of you. I think people have to be ready for you." As it turns out, people weren't necessarily ready for Michael to release "Listen Without Prejudice." But he believed in the record and its message — after all, it's no accident that the forthcoming documentary focuses on this time — and clearly wanted the record and this era be given a second chance for appraisal. After all, deluxe versions of the "Listen Without Prejudice" reissue also feature audio of 1996's "MTV Unplugged" and various remixes, obscurities and b-sides.

Still, it's important to remember that "Listen Without Prejudice" wasn't a commercial disaster. Although album sales lagged behind "Faith," the record spawned three top 40 U.S. singles, including the No. 1 hit "Praying For Time"; landed at the top of the U.K. album charts; and sold eight million copies globally. The record's extras are just as intriguing and inventive; take "Fantasy," which Michael reworked with Nile Rodgers before his death into a taut, disco-inspired dance number.

"Listen Without Prejudice, Vol. 1" was supposed to have a sequel ("Listen Without Prejudice, Vol. II," natch) that Billboard reported at the time was to have five live tracks — including Michael's duet with Elton John, “Don’t Let The Sun Go Down On Me" — and seven studio songs. That never materialized — and a lawsuit derailed Michael's next few years. In fact, he released only three more solo studio albums during the next quarter-century, with the last being 2004's "Patience."

Still, it makes sense why the "Listen Without Prejudice" reissue exists and why the documentary focuses on his '90s period. The era deserves a second look (and more respect than it gets) for showcasing Michael's gifts as a composer and interpreter. Take one of the more remarkable moments from 1996's "MTV Unplugged." Early in the set, he unleashes a stunning, blue-eyed soul version of the Bonnie Raitt-popularized "I Can't Make You Love Me." His voice trembles on the line "Just hold me close, don't patronize/Don't patronize me." It's aching and vulnerable, and reveals the kind of stunning emotional depth that Michael exuded throughout his entire career.