What you need to know about changes to the health law 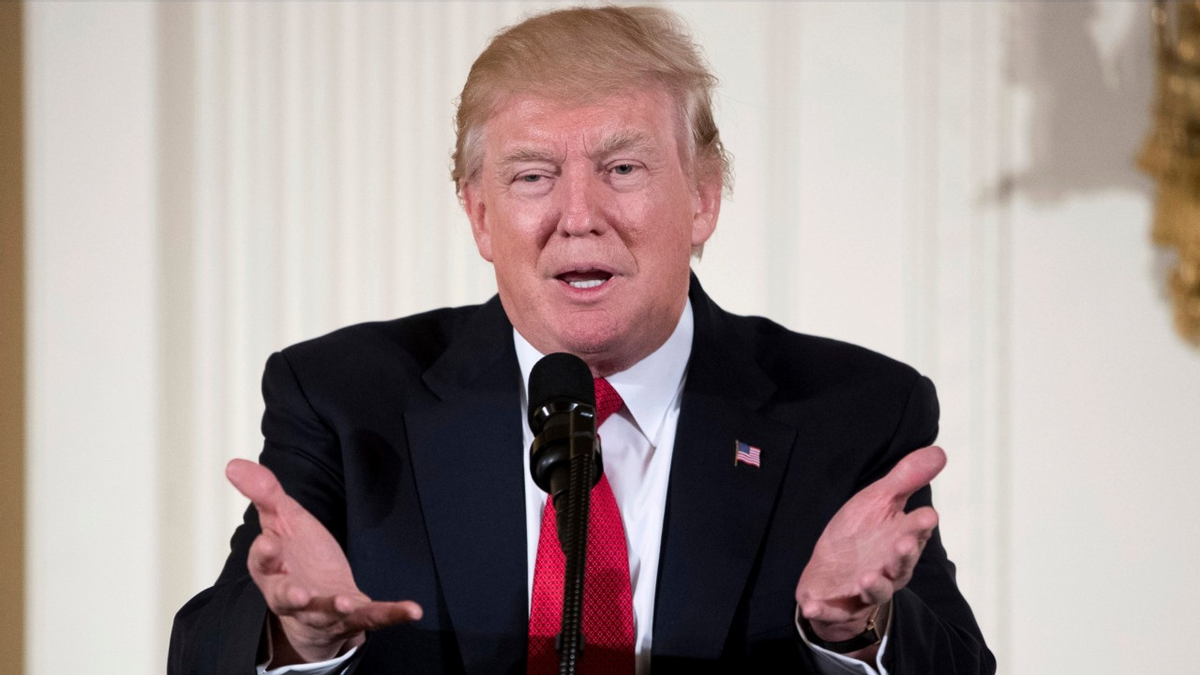 Apparently frustrated by Congress’ inability to “repeal and replace” the Affordable Care Act, President Donald Trump this week decided to take matters into his own hands.

Late Thursday evening, the White House announced it would cease key payments to insurers. Earlier on Thursday, Trump signed an executive order aimed at giving people who buy their own insurance easier access to different types of health plans that were limited under the ACA rules set by the Obama administration.

“This is promoting health care choice and competition all across the United States,” Trump said at the signing ceremony. “This is going to be something that millions and millions of people will be signing up for, and they’re going to be very happy.”

The subsidy payments, known as “cost-sharing reductions,” are payments to insurers to reimburse them for discounts they give policyholders with incomes under 250 percent of the federal poverty line, or about $30,000 in income a year for an individual. Those discounts shield these lower-income customers from out-of-pocket expenses, such as deductibles or copayments. These subsidies have been the subject of a lawsuit that is ongoing.

he cost-sharing reductions are separate from the tax credit subsidies that help millions of people pay their premiums. Those are not affected by Trump’s decision.

Some of Trump’s actions could have an immediate effect on the enrollment for 2018 ACA coverage that starts Nov. 1. Here are five things you should know.

1. The executive order does not make any immediate changes.

Technically, Trump ordered the departments of Labor, Health and Human Services and Treasury within 60 days to “consider proposing regulations or revising guidance, to the extent permitted by law,” on several different options for expanding the types of plans individuals and small businesses could purchase. Among his suggestions to the department are broadening rules to allow more small employers and other groups to form what are known as “association health plans” and to sell low-cost, short-term insurance. There is no guarantee, however, that any of these plans will be forthcoming. In any case, the process to make them available could take months.

2. The cost-sharing reduction changes ARE immediate but might not affect the people you expect.

Cutting off payments to insurers for the out-of-pocket discounts they provide to moderate-income policyholders does not mean those people will no longer get help. The law, and insurance company contracts with the federal government, require those discounts be granted.

That means insurance companies will have to figure out how to recover the money they were promised. They could raise premiums (and many are raising them already). For the majority of people who get the separate subsidies to help pay their premiums, those increases will be borne by the federal government. Those who will be hit hardest are the roughly 7.5 million people who buy their own individual insurance but earn too much to get federal premium help.

Insurers could also simply drop out of the ACA entirely. That would affect everyone in the individual market and could leave some counties with no insurer for next year. Insurers could also sue the government, and most experts think they would eventually win.

3. This could affect your insurance choices for next year. But it’s complicated.

The impact on your plan choices and premiums for next year will vary by state and insurer. For one thing, insurers have a loophole that allows them to get out of the contracts for 2018, given the change in federal payments. So, some might decide to bail. That could leave areas with fewer — or no — insurers. The Congressional Budget Office in August estimated that stopping the payments would leave about 5 percent of people who purchase their own coverage through the ACA marketplaces with no insurers in 2018.

For everyone else, the move would result in higher premiums, the CBO said, adding an average of about 20 percent. In some states, regulators have already allowed insurers to price those increases into their 2018 rates in anticipation that the payments would be halted by the Trump administration.

But how those increases are applied varies. In California, Idaho, Louisiana, Pennsylvania and South Carolina, for example, regulators had insurers load the costs only onto one type of plan: silver-level coverage. That’s because most people who buy silver plans also get a subsidy from the federal government to help pay their premium, and those subsidies rise along with the cost of a silver plan.

Consumers getting a premium subsidy, however, won’t see much increase in their out-of-pocket payments for the coverage. Consumers without premium subsidies will bear the additional costs if they stay in a silver plan. In those states, consumers may find a better deal in a different metal-band of insurance, including higher-level gold plans. Many states, however, allowed insurers to spread the expected increase across all levels of plans.

Bipartisan negotiations have been renewed between Sens. Lamar Alexander, R-Tenn., and Patty Murray, D-Wash., to create legislation that would continue the cost-sharing subsidies and give states more flexibility to develop and sell less generous health care plans than those currently offered on the exchanges. Trump’s move to end the cost-sharing subsidies may bolster those discussions.

In a statement, Murray called Trump’s action to withdraw cost-sharing subsidies “reckless” but said she continues “to be optimistic about our negotiations and believe we can reach a deal quickly — and I urge Republican leaders in Congress to do the right thing for families this time by supporting our work.”

Trump on Friday urged Democrats to work with him to “make a deal” on health care. “Now, if the Democrats were smart, what they’d do is come and negotiate something where people could really get the kind of healthcare that they deserve, being citizens of our great country,” he said Friday afternoon.

Earlier Friday, Senate Minority Leader Chuck Schumer, D-N.Y., did not sound as if he was in the mood to cut a deal.

“Republicans have been doing everything they can for the last ten months to inject instability into our health care system and to force collapse through sabotage,” he said in a statement. “Republicans in the House and Senate now own the health care system in this country from top to bottom, and their destructive actions, and the actions of the president, are going to fall on their backs. The American people see it, and they know full well which party is doing it.”

A poll released Friday by the Kaiser Family Foundation shows that 71 percent of the public said they preferred that the Trump administration try to make the law work rather than to hasten replacement by encouraging its failure. The poll was conducted before Trump made his announcement about the subsidies. (Kaiser Health News is an editorially independent program of the foundation.)

5. Some states are suing, but the outcome is hard to guess.

Even though all states regulate their own insurance markets, states have limited options for dealing with Trump’s latest move. Eighteen states and the District of Columbia, led by New York and California, are suing the Trump administration to defend the cost-sharing subsidies. But it is unclear whether a federal court could say that the Trump administration is obligated to continue making the payments while that case is pending.