Don't judge a building by its walls: Architecture is about space, and how it feels

Why do some rooms feel dazzling, while others oppress? It's by design 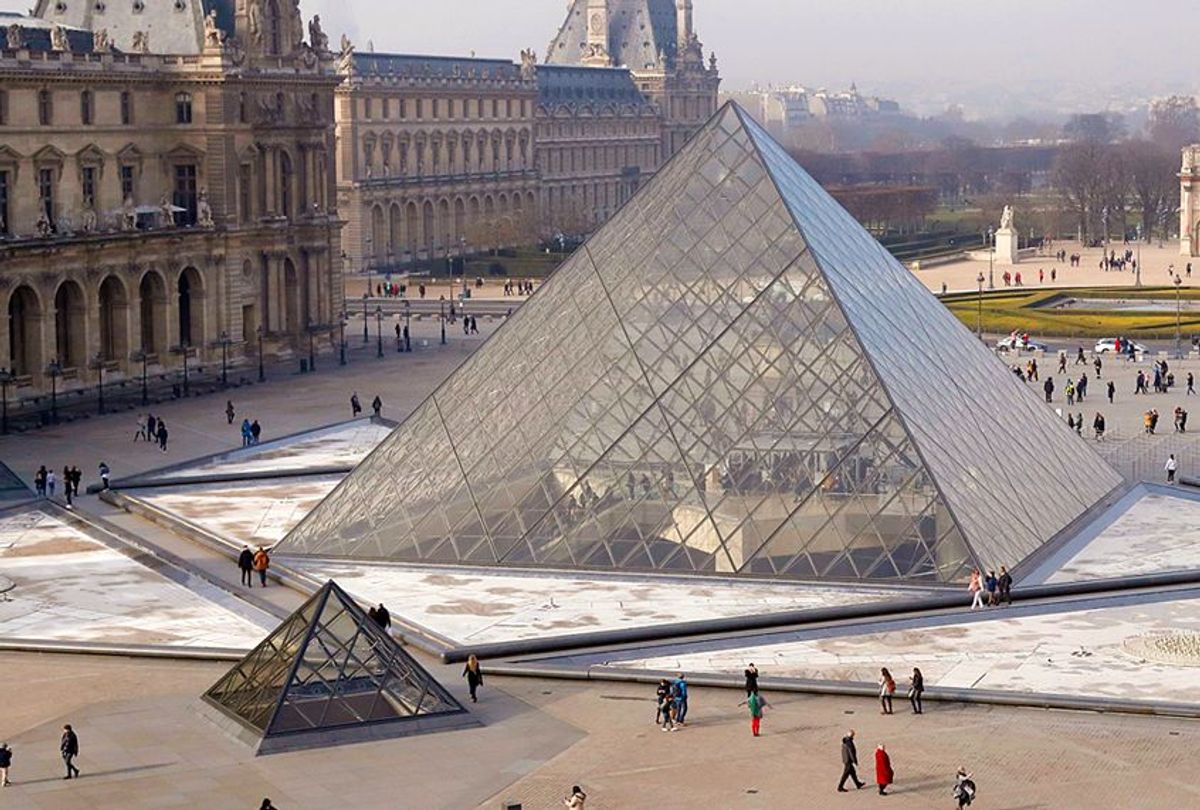 The pyramid of the Louvre museum (Getty/Francois Guillot)
--

Architecturally speaking, I’ve been very lucky in terms of my schooling. I went to a boarding school, Choate Rosemary Hall, that boasted several I. M. Pei buildings on its campus. This meant that I not only got to look at great architecture, but I got to inhabit it. Fast forward to my college years, at Colby, and I fondly recall my first seminar in architectural history, where I heard words that surprised me, and made a lasting impression. Professor David Simon mentioned, over open boxes of delivered pizza during an evening seminar (love that small liberal arts college casualness, which is a great promoter of learning), that architecture is about the creation of space, not about walls and façades. By extension, he said that it was not fair to judge a building by the way it looks from the outside — it can only truly be judged if you have stood inside the spaces the building in question creates.

It’s a good time to consider these two experiences together, since this year marks I. M. Pei’s 100th birthday. While the Louvre pyramid is his most famous work, he is one of the canonical architects. Last week I was at the National Gallery in Washington, D.C., to give a talk in the East Wing, which is also his design. Entering the space, I was dazzled, as I have been in each past visit, by how good I felt inside a space so magnificent, so soaring. It’s a feeling I’d had in other great buildings, most of them churches, but I’d also felt it the summer I had a fellowship at the Yale British Art Center, designed by Louis Kahn, another in the pantheon of gods of architecture.

David Simon’s words come to mind each time I feel this resonance. Being inside a great building should make you feel great, through a combination of admiration, awe, airiness and coziness (in the sense of feeling at home), characteristics that might be considered mutually exclusive. The ability of architecture to change the way you feel might not, at first, be obvious. But consider some negative extremes. Dungeons, for example, are not designed to make you feel good, but to feel trapped. Imagine, then, an apartment converted from a dungeon. Small rooms, cramped feeling, little or no light, few or no windows. Or perhaps imagine a scene out of Samuel Beckett, or Edgar Allan Poe: your living room at home, but suddenly invaded by a huge black sphere that reaches from floor to ceiling and is wide enough that you can barely squeeze past it. It wouldn’t make you feel good in that space, would it?

So it is with architecture, but hopefully on a less melodramatic scale. Proportions translate into the sense of well-being of humans who occupy spaces. The poster child for harnessing proportions was Palladio. His Villa Rotunda, in the Veneto, is widely referred to as the world’s most perfect building. But what’s the big deal? They key was Palladio’s appropriation of musical harmonics into building proportions. It wasn’t his idea originally; the great 15th-century architect Leon Battista Alberti had already written about it: “We shall, therefore, borrow all our rules for finishing our proportions from the musicians, who are the greatest masters of this sort of numbers, and from those things wherein nature shows herself most excellent and complete.”

A century later, in his 1570 work "Four Books of Architecture," Palladio wrote of his application of Alberti’s comment, describing “seven sets of the most beautiful and harmonious proportions, to be used in the construction of rooms.” And then he converted musical harmonies into shapes. A circle, a square (a 1:1 proportion), the diagonal of a square (1:1.414), a square plus a third of that square (3:4, a most common musical harmonic), a square plus a half of that square (2:3), a square plus two-thirds of that square (3:5), and a double square (1:2). Essentially, Palladio describes a circle, a square, and five varieties of rectangle. But what is key is the exactness of the proportions. A rectangular room in which one wall is 1.414 times longer than the shorter wall resonates positively with humans who occupy it, in a way that an identical room in which one wall is, say, 1.6 times longer than the shorter wall does not. For spirals, like in staircases, the spiral should torque out according to the Golden Ratio, which is 1:1.618.

The idea that we humans respond best to a certain mathematical rule for the feeling of beauty and well-being is also evident when we work backwards, from architecture back into music. When music is out of tune, we know it, and find it uncomfortable to listen to. A building with off proportions is internalized by us like music played out of tune. We can get used to it — its effect is subtle (most evident in really unpleasant spaces, like dungeons, and really great ones, like Palladio villas), but it is present, and has been noted since ancient times. The earliest known Greek temples — the Parthenon, the Pantheon in Rome — are built along similar principles, as noted by the Roman architect Vitruvius. This is known more popularly in Leonardo da Vinci’s drawing, referred to as "Vitruvian Man" (after Vitruvius), for its use of Vitruvius’ recommended proportions for an ideal human being: that a man should ideally be as tall as 24 lengths of his palm, for instance, that his palm should be the width of four of his fingers, and his foot the length of four of his palms. While almost no real human being matches this ideal description, artists drawing or sculpting human figures can adhere to it.

When most of us think of architecture, we think of façades and walls, or the way a building looks from the outside, often from far away. But two things are important to keep in mind. In the Pre-Modern era, the designer of a building and that building’s façade were often different. Consider Florence’s cathedral, its church of Santo Spirito and church of San Lorenzo. The “Duomo,” Florence’s cathedral, was designed by Arnolfo di Cambio. Its dome was erected by Filippo Brunelleschi. But it had no façade until 1860. No one got around to making one. Today, the church of Santo Spirito, designed by Brunelleschi, has no façade, other than whitewashed plaster. The church of San Lorenzo, also by Brunelleschi, likewise has no façade, or even whitewash — it is clad in raw brick and stone, still waiting for a façade to be added, now five centuries-plus later. What architects did was erect walls, floors and ceilings to define interior spaces. The word “define” literally means to “set boundaries, or walls, around,” to “mark the end.”

Back in Professor Simon’s course, eating takeout pizza and discussing slides of various buildings, I remember thinking “Dear god, why would anyone like modernism or brutalism,” with a special disdain for Le Corbusier. But Professor Simon calmly explained that our subjective opinions were valid aesthetically, but we should never dismiss a building until we have experienced how we feel when standing inside it. I have felt what he meant through my travels, in certain buildings that define greatness: the Pantheon and St. Peter’s in Rome, Sainte-Chapelle in Paris, the National and University Library in Ljubljana, St. Paul’s Cathedral in London, the Yale British Art Center in New Haven, Santo Spirito in Florence, the Guggenheim in New York, the Paul Mellon Arts Center at Choate Rosemary Hall, to name a few. A sense of peace, elevation, soaring, coupled with a sense of being at home. And the best test? When in a space, close your eyes. I can feel that sense of harmony, even without actively looking at the walls and ceilings, the windows and floors, that surround me and define that space. Great architecture is in the air within its structure. The structure itself is secondary.

And so it is in the East Wing of the National Gallery. Pei’s work is part of a truly international tradition, a humanistic approach to art, in terms of appealing to what humans seem to find most beautiful, most comfortable, most perfect.