Frederica Wilson calls on John Kelly to apologize, as Donald Trump attacks her in tweet

The congresswoman is battling the White House over Kelly's integrity and Sgt. La David Johnson's family 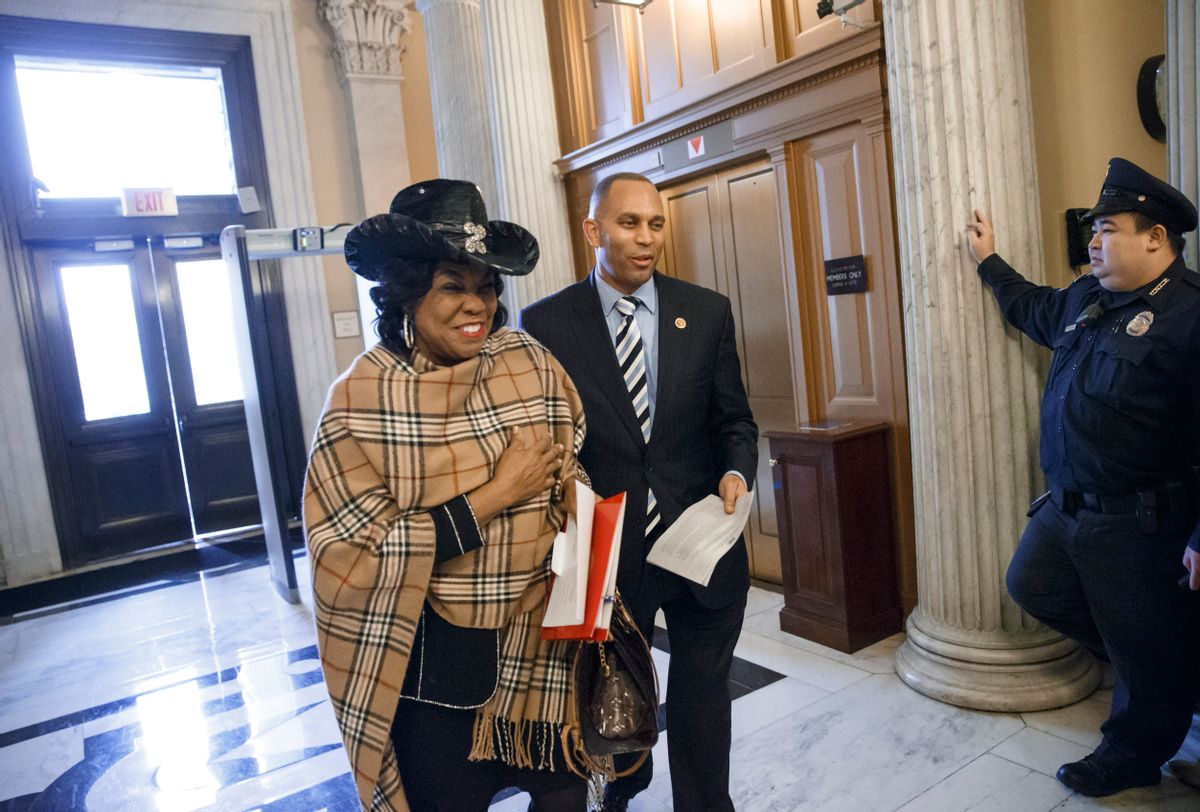 Rep. Frederica S. Wilson said Sunday that White House chief of staff John Kelly was “a puppet of the president” and called on him to apologize for making false claims about her in his defense of President Trump’s military condolence calls.

Wilson used those pointed words in an interview with MSNBC’s Joy Reid one day after Sgt. La David Johnson's funeral.

“Not only does he owe me an apology, but he owes an apology to the American people,” Wilson said during an appearance on MSNBC’s “AM Joy.” She also accused Kelly of “character assassination.”

Wilson's condemnation of Kelly and Trump marked another round of sparring between her and the White House after she criticized Trump last week for butchering a call to the widow of one of four service members killed in an ambush in Niger.

Trump went after Wilson in a tweet Sunday, calling her "wacky" and a gift to Republicans.

Wacky Congresswoman Wilson is the gift that keeps on giving for the Republican Party, a disaster for Dems. You watch her in action & vote R!

But Wilson refused to backdown Sunday in her interview with Reid:

John Kelly is almost––I guess you could say he was a puppet of the president and what he was trying to do was divert the attention away from the president on to me, and he basically just lied on me. I don’t like––I don’t appreciate people lying on me. And that’s what he did. I have been in politics a long time and most things don’t bother me, you know, it just rolls off my back. I have been lied on before, but the character assassination that he went through to call me out of my name, an empty barrel and all the work that I’ve done in this community––not only does he owe me an apology, but he owes an apology to the American people, because when he lied on me, he lied to them… Yes, he does owe the American people an apology for lying on one of their congresswomen.