A new law went into effect in Texas allowing long blades in public. The Renaissance Fest is way ahead of them 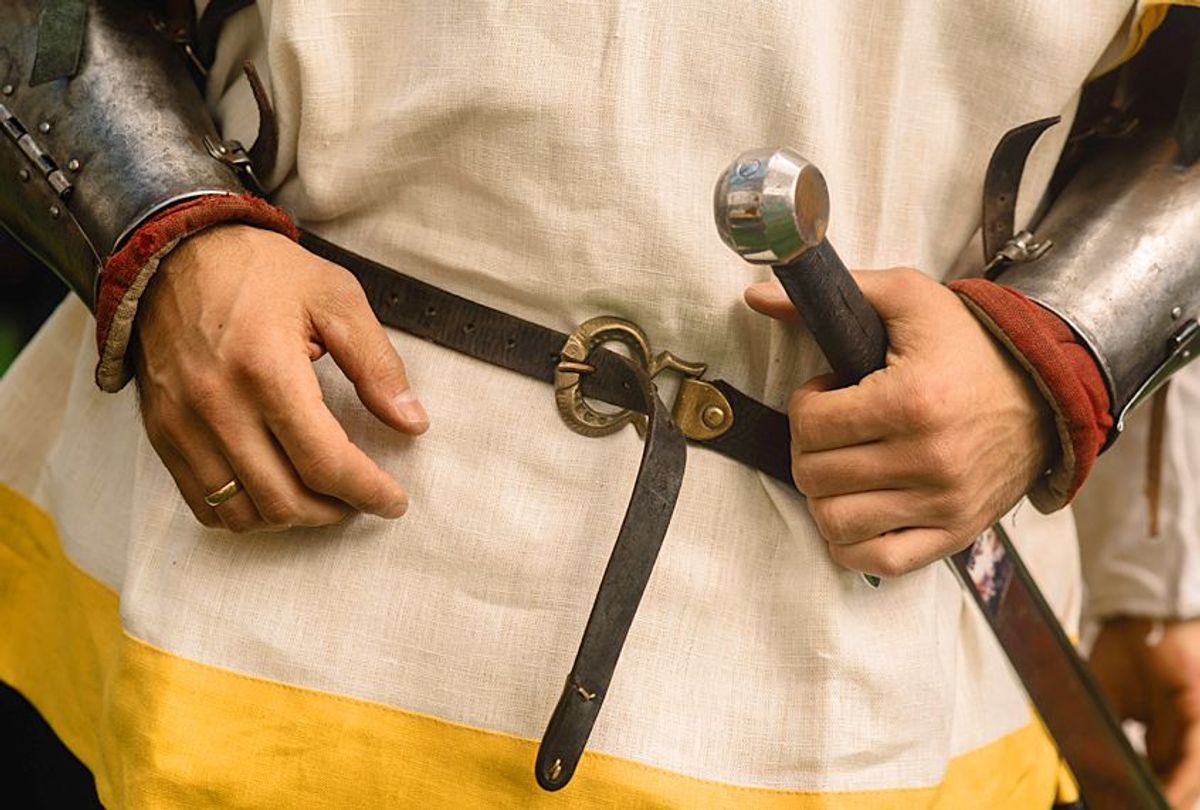 When Texas House Bill 1935, the decision by the state to remove the public restriction on carrying blades more than 5.5 inches long, went into effect in September, it coincided with the most big-blade-friendly time of year: the Texas Renaissance Festival.

“We've always allowed patrons to come in with swords and axes, bows and arrows, things like that,” said Travis Bryant, Marketing Director for TRF. He began working as a performer on the grounds 17 seasons ago. “But we've always required them to be what we call ‘peace tied,’ which means that they needed to be secured in a sheath or a quiver so that they can't be pulled out and brandished.”

While eager Houstonians poured through the gates donned in lederhosen for opening weekend-themed “Oktoberfest,” despite the overwhelming presence of weapons and the addition of the new legislation, everyone’s peace ties were still intact.

Regulars to TRF know to bring their weapons already tied, though booths outside of the grounds and officers inside are equipped with ties for those who may forget.

“I've been coming here for around seven or eight years, and I always bring [my sword],” said cosplay warrior Royden Buckfield, who camps regularly on the attached campgrounds with his guild. “It's never been an issue at Ren Faire.”

TRF also prohibits both concealed and open carry handguns to ensure everyone is safe and relaxed while in character on the grounds.

Regardless, Bryant says the bill will not change the fact that he only owns his sword for the festival.

“In public? I mean, yeah, I can carry [it] now, but it doesn’t matter,” said Buckfield, questioning the practicality. “I’m not going to carry a sword around most of the time.”

Though the bill had been set aside following a stabbing at the University of Texas in Austin, it officially went into effect last month, following in the footsteps of Montana and Oklahoma. While TRF also sells weapons on its grounds, Bryant asserts there has only been one major accident involving a weapon bought on site, which occurred in the parking lot.

“But, you know, people come here to have a good time, so we don't often find those kind of altercations going on,” he added.

A staple in the Houston area, and one of the largest events of its kind in the United States, the beloved festival has added new attractions like the Museum of Cruelty, and even an additional themed weekend starting this year.

“It's the first time we've [added a theme] in over 10 years,” said Bryant. “We added karaoke this year, so that’s new too.” Festival-goers can expect new additions including a gender-bender ball, Studio 54 night, and a Halloween themed weekend at TRF After Dark, the 21+ after-hours party at the campgrounds, now hosted by KiKi Maroon, a burlesque clown. Meanwhile the TRF policy on peace ties remains intact.