Congress is turning Russia investigations into a partisan mess 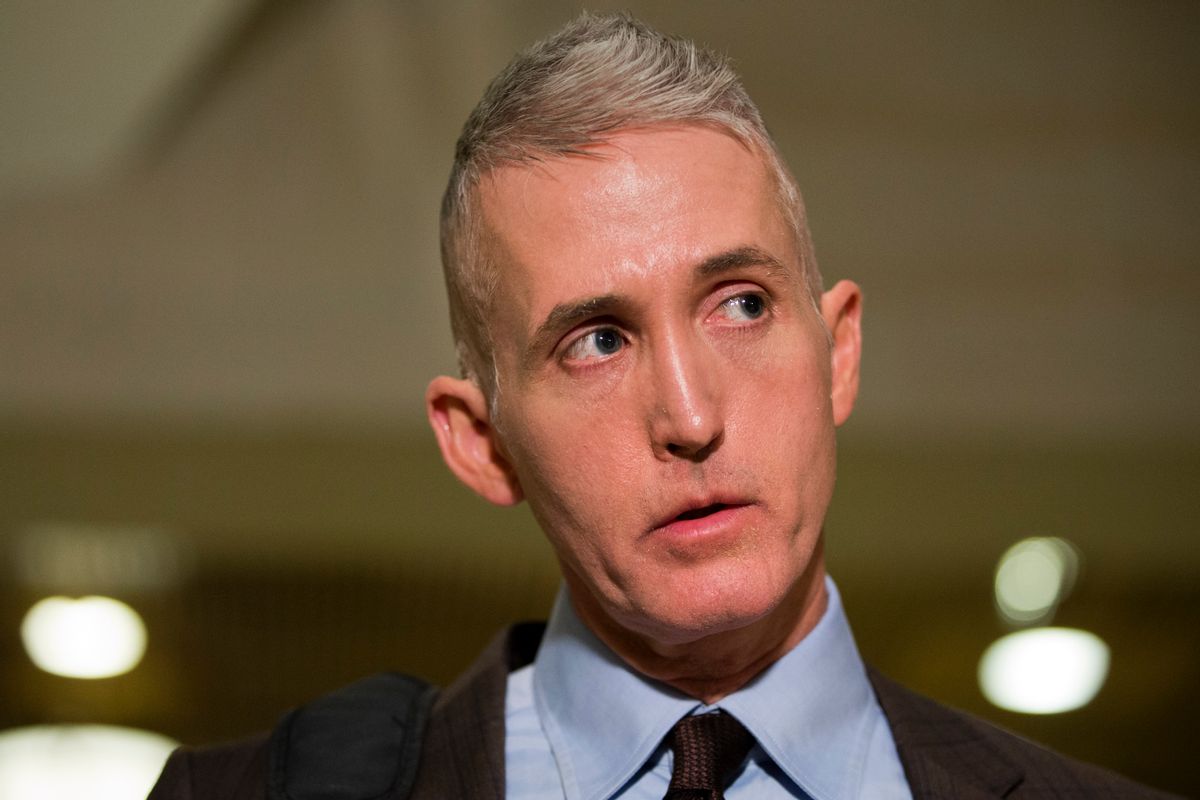 Of course it was going to turn out this way.

Instead of dealing openly and honestly, and looking into how Russia attempted to interfere in the 2016 presidential campaign in order to get President Donald Trump elected, Congressional Republicans are stonewalling.

The three congressional inquires are proceeding at a snail's pace, according to The New York Times, and it seems to be by design.

All three committees looking into Russian interference — one in the House, two in the Senate — have run into problems, from insufficient staffing to fights over when the committees should wrap up their investigations. The Senate Judiciary Committee’s inquiry has barely started, delayed in part by negotiations over the scope of the investigation. Leaders of the Senate Intelligence Committee, while maintaining bipartisan comity, have sought to tamp down expectations about what they might find.

The Times noted that the Russia probes haven't really started yet — and special counsel Robert Mueller seems to be doing the bulk of the work when it comes to investigations.

Democrats on the panels are saying that they're not looking into criminality — that's Mueller's job — but that hasn't stopped Republicans from gumming up the works. For evidence of that, look no further than Republican Rep. Trey Gowdy.

Gowdy was the Republican from South Carolina who made Benghazi his obsession, and made Hillary Clinton his white whale. In 2015, Clinton testified for 11 hours on various topics relating to her emails and the attack in Libya that left four Americans dead. One would think that the bulldog mentality shown by Gowdy would repeat itself when it comes to an alleged attempt to subvert American democracy during a meeting with a foreign power, but no.

Here's how Gowdy treated Trump's son-in-law, Jared Kushner — who was reportedly in a meeting that promised dirt on Hillary Clinton — according to the Times:

In a secured room in the basement of the Capitol in July, Jared Kushner, President Trump’s son-in-law and senior adviser, fielded question after question from members of the House Intelligence Committee. Though the allotted time for the grilling had expired, he offered to stick around as long as they wanted.

But Representative Trey Gowdy, who spent nearly three years investigating Hillary Clinton’s culpability in the deadly 2012 attack in Benghazi, Libya, was growing frustrated after two hours. You are in an unwinnable situation, Mr. Gowdy, a South Carolina Republican, counseled Mr. Kushner. If you leave now, Democrats will say you did not answer all the questions. If you stay, they will keep you here all week.

Gowdy's defense was pretty simple: "This is politics."

There is a lesson to be learned here. It's easy to find that nothing bad happened if you don't go looking for anything.