For all its talk, Silicon Valley is terrible at recruiting African-Americans. Here’s why 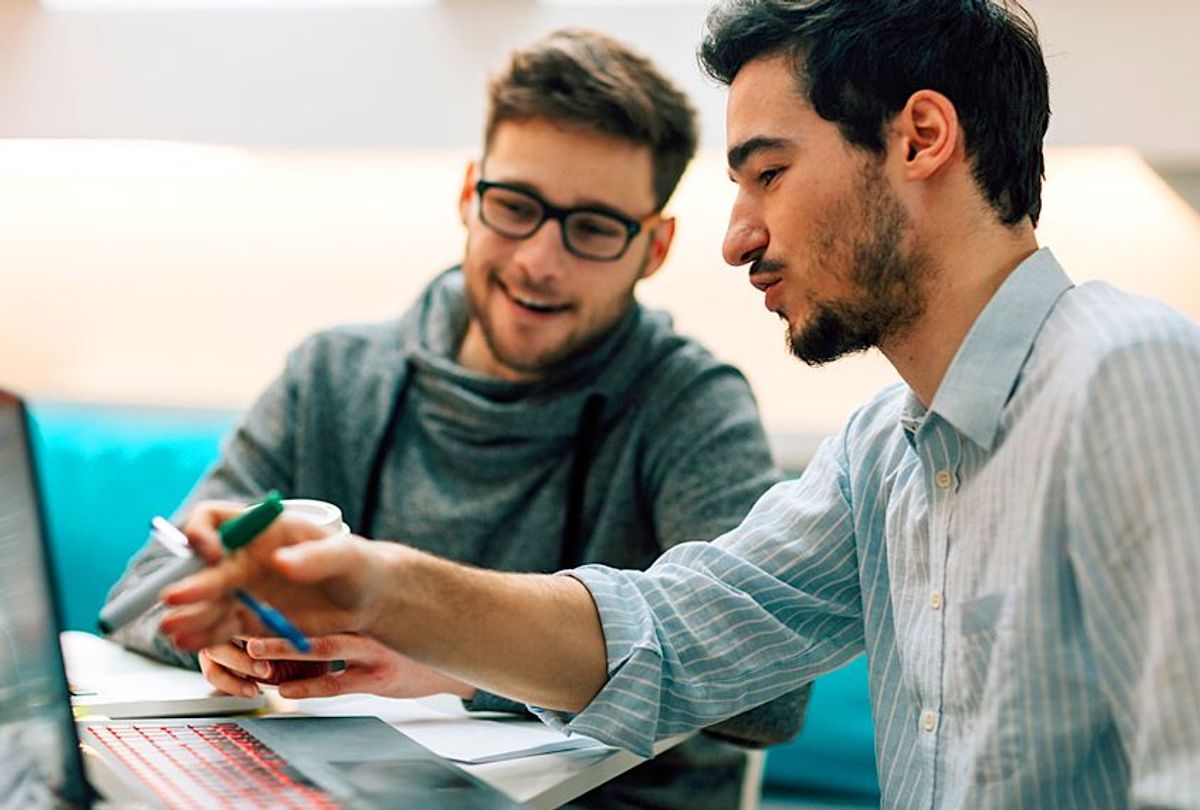 The attorney general of the United States believes that not only is affirmative action unnecessary, but that it constitutes discrimination against whites. If that’s the case, shouldn’t more black Americans be in positions of power?

Last month, Northwestern University conducted the most comprehensive study on hiring discrimination in U.S. history. And the findings suggest that despite well-publicized efforts, there has been little to no reduction in hiring bias against African-Americans in the last 25 years. Indeed, the demographic that received the most substantial benefit from affirmative action was white women.

While the study revealed a hiring bias in all industries, some industries are worse than others; particularly, law and technology have shown the least progress. Currently, less than 5 percent of all tech workers are African-American, and less than 11 percent are Hispanic and Latinos. As you might expect, the higher you climb in the ranks, the worse this figure becomes.

For double minorities, like women of color, a change in mindset may be required to see themselves as employable in the tech industry. Women like Ehi Aimiuwu-Jinadu, a black mother of five and founder of GeekMomsCo, have had to fight to redefine the face of tech.

“Before getting into the tech space, I used to believe that the corporate world, in general, wasn’t for black women,” Aimiuwu-Jinadu told Salon. “It was never on my radar especially because I was a college dropout. I was told by pretty much everyone that without a college degree I wouldn’t make it anywhere,” she added.

According to the National Science Foundation, only 698,000 women within the science and engineering degree field have any level of degree, compared to 2,148,000 men. Upon breaking this figure down racially, just 47,000 of black women have any level of degree as a computer and information scientist. Black men have double the degrees as black women (107,000) but still pale in comparison to their white (women: 388,000 degrees and men, 1,378,000) and Asian counterparts (221,000 women with degrees versus 504,000 men).

Yet the tech industry itself claims to be devoted to the cause of increasing diversity — at least publicly. So with so many initiatives in place to increase diversity, why aren’t things improving? According to Aimiuwu-Jinadu, it might be cultural. “Bro culture is very real. . . a lot of people had the typical college background,” she says. “Luckily the company I worked for has a very open company culture,” she added.

Research has shown that companies tend to hire employees who are a “good fit” into the organizational culture. But when your culture is dominated by cisgendered white men, it can be challenging to be seen as a viable addition to the team when marginalized. Additionally, job opportunities are often spread by word of mouth. As we can imagine, that word travels within social circles — which are typically homogenous. This can lead to the unintentional exclusion of well-qualified candidates because they simply didn’t know the right people.

Thankfully, some companies have increased conversation on cultural competency and the struggles that come with being a minority in the tech world. Aimiuwu-Jinadu was fortunate that her former employers understood the importance of a holistic identity. She and her boss “talked about what it’s like to be black in tech, we discussed politics across the world, the LGBT community, human rights, economic justice and more,” she said, conversations that made her feel more at home.

Cultural fit plays a more significant role in recruitment efforts and employee retention that we realize. A perfect is example is the lack of retention: Black Americans comprise about 2.7 percent of high-tech employees in Silicon Valley. According to the “Tech Leavers” study conducted by Kapor Center for Social Impact, while the exact retention rates are unknown, unfair treatment of women and people of color costs the industry over 16 billion dollars a year.

Cultural fit also explains many of the failures of the attempts by tech industry brass to diversify recruitment. Google recently opened a special campus in Mountain View, California, with the specific aim of recruiting more black software engineers — yet the effort fell short. Critics attest that it failed to consider the multitude of obstacles face by black programmers. Moving to Silicon Valley comes with financial and social consequences for black coders; and the necessary sense of connectedness that marginalized individuals rely on for support is absent from this environment and replaced with high rent and demographic homogeneity.

Note that large companies like Google are even worse at recruitment than the tech industry at large: Black Americans make up less than 2 percent of Google's entire workforce and less than 1 percent of its technical employees. As expected, those numbers decrease in leadership positions. Various kinds of training have been put in place to educate members on inclusion — but in the absence of employee interest, the message falls on deaf ears.

One of the biggest hurdles in diversifying tech is bringing awareness to the lack of diversity. Recent data suggest the majority of tech workers believe the industry is already diverse. The stats, however, suggest otherwise. The most recent Employment Opportunity Commission survey of the tech industry suggests black Americans make up 3 percent, Hispanics 6 percent, and Women 30 percent of the top 75 Silicon Valley companies.

Big names like Google profess a commitment to diversity that is often not shared by their employees. Incidents like the leaked anti-diversity memo and the backlash from male employees can lead to a toxic environment for diverse individuals hoping to get a job in the field. There is a growing movement to resist the diversification of the tech industry, with men's rights activist at the fore.

Early this year, Geekwire spoke with seven black tech leaders on their experiences and suggestions for improving the industry for individuals of color. Their answers varied, but all were hopeful about the future of tech for people of color, primarily because many tech workers of color have made it a priority to illuminate their experiences.

Aimiuwu-Jinadu herself is working to increase opportunities for women of color to enter the tech realm. “Tech life opened so much for me. I engulfed myself into tech, became fascinated by the opportunities it can give. I wanted to bring more women like me into technology because a lot of people didn’t believe it was an option, just like I did,” she said. Enter Aimiuwu-Jinadu's side project, GeekMomsCo, which provides digital media services for women business owners, women-led startups and entrepreneurs, along with resources to access opportunities for growth.

As we fight to diversify tech, we must remember, every step is progress. “I strongly feel that every black woman in tech is making an impact, whether they know it or not. We see each other even if we don’t know each other and slightly smile. It brings a sense of belonging in a world that hasn’t welcomed us,” Aimiuwu-Jinadu concluded.

But Aimiuwu-Jinadu cannot change the industry alone. The tech industry's cultural incompetence comes at great social cost, and there is still much work to be done.