"He" or "she" doesn't work for everyone: Why "misgendering" matters 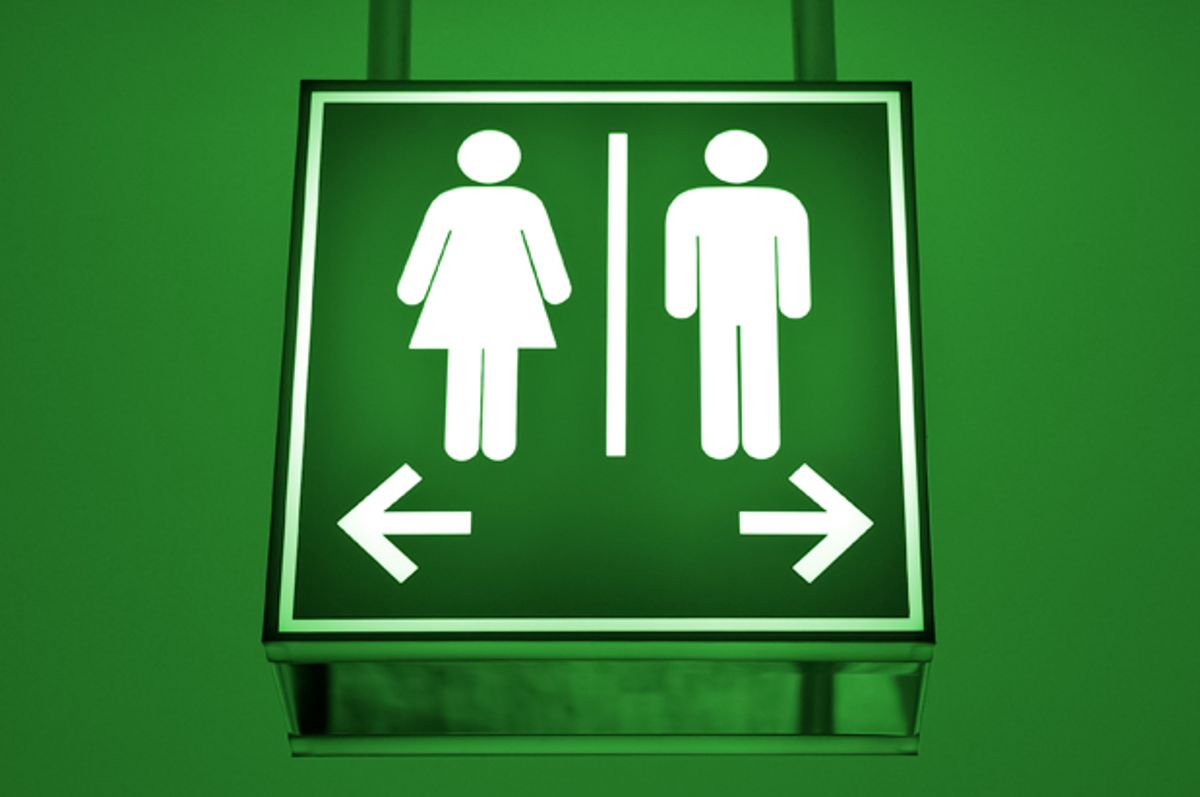 Perhaps the best lesson I’ve ever gotten on the importance of gender identity came from a trans woman who explained, in perhaps the most understandable terms I’ve ever heard, why "misgendering" (that is, among other things, using the incorrect pronoun to identify a person) matters to all of us.

“Think about how upset people in, say, a store or over the phone, when someone incorrectly refers to them as ‘Miss’ or “Mister’ when they don’t identify that way,” she said to me. “That’s how it feels when someone labels you in a way that doesn’t match your gender identity.”

I’ve been reminded of that conversation a lot as the discussion around gender identity has moved to the national forefront. Most of us are "cisgender," meaning our gender identity matches our sex, or more simply put, we feel the way we are seen. I was born with lady parts (not to put too fine a point on it) and I have always felt female. An increasingly visible number of people experience a conflict between inside and outside. Transgender, or “trans” people, have physical anatomies that don’t correlate with their internal gender identity. For others—those who identify as neither male nor female, but somewhere along the vast continuum between masculine and feminine—gender identity may be a less fixed idea. These people might refer to themselves as non-binary, genderqueer, gender variant, gender nonconforming, or gender diverse, among other terms.

They also may not want to be referred to in traditional gender binary terms. If one's gender identity or gender expression doesn’t fit neatly in a box marked boy or girl, one may not want to be spoken of or referred to as “she” or “he,” “him” or “her.” Gender-neutral pronouns can help to avoid misgendering and suggest where the person you’re talking to (or about) sits on the gender spectrum.

In English, there are a few ways to remove gender from the equation. Among the most common is the use of “they” as a singular. For example, in answer to the question, “What’s Chris up to today?” one might respond, “They went to a movie with one of their friends. They’ll be back later on.”

If you have concerns about grammar violations, don’t worry! Dennis Baron, a professor of English and linguistics at the University of Illinois, explained to the Washington Post that the use of the singular “they” is yet another example of how language has changed over time.

“Purists object that a plural pronoun like ‘they’ can’t be used as a singular. But they are wrong,” Baron told the paper. “‘You’ began its life as plural (the singular second person was ‘thou’). Then ‘you’ began serving as singular as well...Today we use ‘you’ to refer to one person—‘Are you talkin’ to me?’—without worrying about number. And for most people, ‘they’ works the same way.”

Other words can also be used, some of which might look or sound unfamiliar, but which only take a little getting used to. These might include ze, xe or ey. The best way to figure out someone’s preferred gender pronoun is to ask them.

With greater public consciousness about trans and non-binary gender identities, there’s been a concurrent rise in the use of gender-neutral pronouns. In 2015, the Associated Press ran a story about gender-neutral pronouns on college campuses, noting that schools around the country are “widening their policies and pronouns” to embrace trans and gender fluid students:

American University posted a guide on its website explaining how to use pronouns like "ey," and how to ask someone which pronouns they use. Cornell University and MIT offer similar primers on their websites. Ohio University started letting students register their gender pronouns this year, and officials at Boston University said they're discussing the topic. Last week, the State University of New York, one of the nation's largest public college systems, announced that it's working on a data-collection tool to let students choose among seven gender identities, including "trans man," ''questioning" and "genderqueer."

That list also includes the University of Tennessee, Knoxville, which in 2015 offered students information about gender-neutral pronouns, including how they might be used and pronounced, on its website. The school made clear that it was not forcing students to use the terms, but was providing a guide to those who might want to be respectful with their words. "There is no mandate or official policy to use the language,” the school posted. “We recognize that most people prefer to use the pronouns he and she; we do not dictate speech. We do strive to be a diverse and inclusive campus and to ensure that everyone feels welcome, accepted, and respected."

Republican Tennessee Sen. Bo Watson took issue with the school’s actions, stating, “I find it difficult to believe that such a ridiculous suggestion as gender-neutral pronouns would be published on a university website without leadership's approval.” He suggested the state “Senate Education and Government Operations committees should investigate and review" and said “Tennessee taxpayers should not expect to be paying for this kind of stuff,” as if website updates drain the endowment. After meeting with state legislators, the school president announced that the post would be removed from the website.

But Watson was wrong, and so was everyone else decrying the school’s move toward creating an inclusive, safe environment for all of its students, regardless of their gender identities.

Acknowledging someone’s gender identity by using their preferred gender pronoun isn’t “politically correct” or whatever other dumb phrase the aggrieved right has come up with to protest being asked to treat people politely. It’s a matter of respect and it’s incredibly easy to do. There may be a learning curve involved, but it’s not particularly steep, and we likely all do far more inconvenient and maddening things every single day, from commuting to doing laundry to changing your oil. What does it cost any of us to refer to people as they want to be recognized? It’s just the right thing to do.