Meet the most prolific filmmaker in America 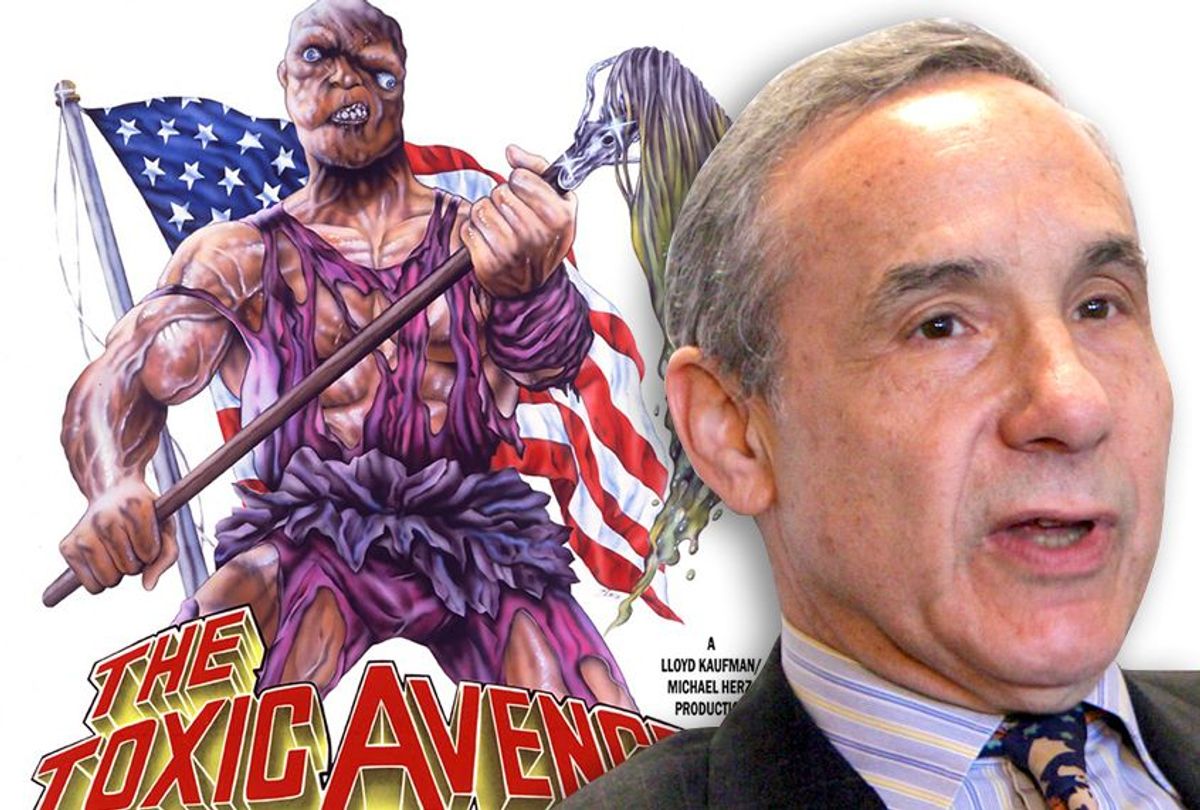 A fictitious city in New Jersey right next to a toxic waste dump is where the story begins.

A lovelorn nerd, his blind librarian girlfriend, a corrupt mayor and a couple of bullies make up the main players in an unlikely saga where the boy becomes the hero, gets the girl and foils the mayor. But it’s not really that simple.
It’s the tale of “The Toxic Avenger” and his fight for right. It's also the title of the campy, gruesome 1984 film that put Troma Entertainment on the map, and was just the beginning of a string of well-known cult classics the company produced, popular in the cosplay world of Comi-Con fans.
But why did director Lloyd Kaufman infuse his work with so much commentary? It's a question Salon wanted to ask the Troma CEO. Salon's London Bureau Chief Frank Radice caught up with Kaufman and his wife, the former New York state film commissioner, Pat Kaufman, at London’s famed Groucho club.
"It was an environmental movie, way, way ahead of the game," Kaufman explained to Radice. "It's funny. It's not a horror film. It's a satire."

Kaufman honed his craft in line with the likes of George Romero and Stan Lee. For more than 40 years he has made films like "The Toxic Avenger" and "The Class Of Nuke ‘Em High" (Volumes 1 & 2), some of which went on to become both comics and cartoons.

The legendary director provided a stepping stone for some future Hollywood heavyweights — like Oliver Stone, Trey Parker and Marisa Tomei.

Now "The Toxic Avenger" is hitting the boards in London’s West End as a musical. The same week the show opened in early October, London hosted the premiere of the latest sequel to "The Class Of Nuke ‘Em High," "Return to Return to Nuke 'Em High."