"They told me he would try to destroy me and my family," Zelda Perkins told the Financial Times 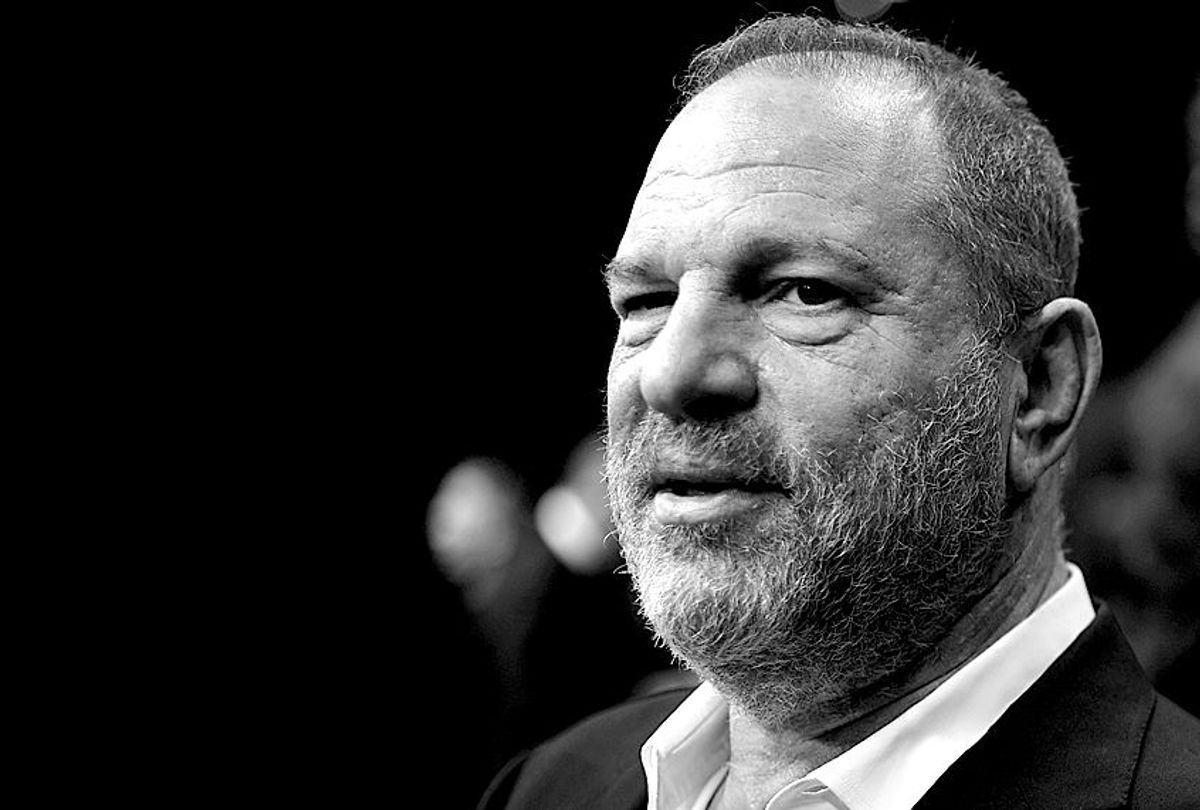 The accusations against Harvey Weinstein continue to mount, each with a narrative structure that is by now familiar. There's hotel rooms, massages, promises of a career boost, intimidation and manipulation, and, then, evasion. evasion.

Within these horrifying accusations are often reports of employees who, at the worst, facilitated Weinstein's abusive behavior, and at best, turned a blind eye.

While creative and business partners have denounced Weinstein and his employees have spoken up anonymously, no one who worked under the producer has come forward on record to respond to the allegations using their own name, until now.

Zelda Perkins, a former assistant of Weinstein, who worked for him in London during his time as head of Miramax, gave an eye-opening interview to the Financial Times. In doing so, she broke a 19-year-old non-disclosure agreement.

"I want to publicly break my non-disclosure agreement," Perkins told the Financial Times. "Unless somebody does this there won't be a debate about how egregious these agreements are and the amount of duress that victims are put under. My entire world fell in because I thought the law was there to protect those who abided by it. I discovered that it had nothing to do with right and wrong and everything to do with money and power."

Several days ago, a group of Weinstein Company staffers released a statement via the New Yorker to "ask that the company let us out of our NDAs immediately — and do the same for all former Weinstein Company employees — so we may speak openly, and get to the origins of what happened here, and how."

Perkins could not wait. She told the Financial Times that she personally experienced sexual harassment while working as Weinstein's assistant, but only walked out of the company for good when a female colleague said she was sexually assaulted by their boss.

Perkins claims the harassment was persistent. Weinstein allegedly requested massages, for her to watch him bathe and exposed himself to Perkins. "This was his behavior on every occasion I was alone with him," she told the Financial Times. "I often had to wake him up in the hotel in the mornings and he would try to pull me into bed."

In 1998, Perkins said a female coworker was assaulted during the Venice Film Festival. "She was white as a sheet and shaking and in a very bad emotional state," Perkins alleges. "She told me something terrible had happened. She was in shock and crying and finding it very hard to talk. I was furious, deeply upset and very shocked. I said: 'We need to go to the police' but she was too distressed. Neither of us knew what to do in a foreign environment," she said. Perkins was 24 years old then.

In October of that year, the two women reached a settlement which included an NDA that Perkins says she was not allowed to retain a copy of. But according to the Financial Times, there were stipulations for Weinstein and the company to follow, such as therapy for him and an investigation into any future harassment claims. If any such claims or new settlements surfaced in the next two years, Miramax had an obligation to report them to the company's parent company, Disney, or Weinstein would be fired.

But for Perkins, it wasn't enough. "I was very upset because the whole point was that we had to stop him by exposing his behavior," she told the Financial Times. "I was warned that he and his lawyers would try to destroy my credibility if I went to court. They told me he would try to destroy me and my family."

Perkins hopes that by coming forward now — even though it opens her up to legal trouble for breaking her NDA — will expose how "the inequality of power is so stark and relies on money rather than morality." She continued, "I want other women who have been sidelined and who aren't being allowed to own their own history or their trauma to be able to discuss what they have suffered."

Weinstein denied Perkins' claims. "The FT did not provide the identity of any individuals making these assertions," a spokesperson said. "Any allegations of non-consensual sex are unequivocally denied by Mr Weinstein. Mr Weinstein has further confirmed that there were never any acts of retaliation against any women for refusing his advances."

Monday, New York’s Attorney General Eric Schneiderman announced a civil rights investigation into the Weinstein Company. "If sexual harassment or discrimination is pervasive at a company," Schneiderman said in a statement, "we want to know."