Harvey Weinstein's employees are finally beginning to speak out

Even so, non-disclosure agreements continue to force them into anonymity 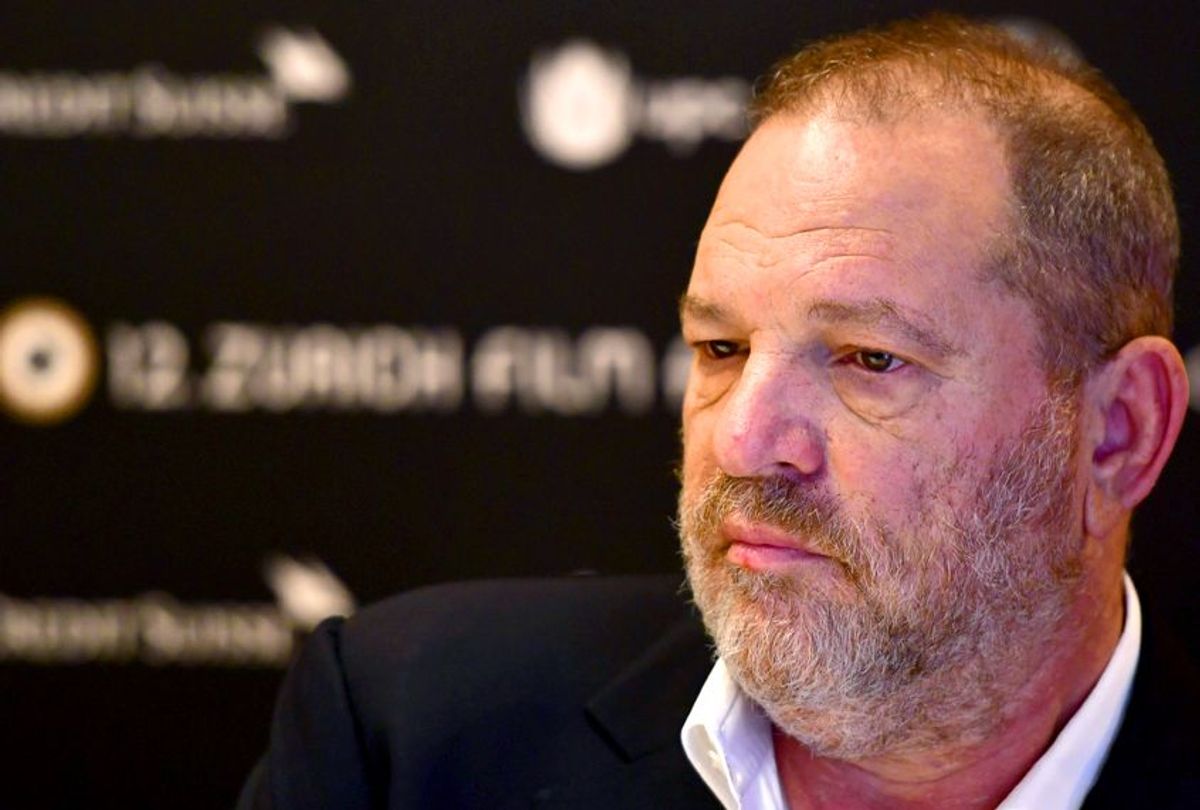 Amid the ongoing downfall of Harvey Weinstein, employees emboldened by all the support the media and the public has given to the survivors of his alleged sexual predation are coming forward with their own tales of verbal and psychological abuse they suffered at his hand. Still, most — perhaps by necessity — continue to maintain their anonymity, even as they claim no knowledge of Weinstein’s alleged sexual abuse.

“You feel a bit like an idiot,” one anonymous executive told The New Yorker in an article published Thursday. “There were things you knew. Clearly there was also a strategy on his part. He could be flamboyant in his ‘People can know I’m a womanizer.’ But the idea that he took it to sexual assault or even rape was really well hidden.”

Most executives and assistants that have spoken with various outlets over the past few days have echoed this sentiment, vehemently denying any prior knowledge of his sexual predation and bristling against the “public lynching” they feel they have experienced.

In an official statement to The New Yorker — which may be against their non-disclosure agreements with their employer — approximately 30 Miramax and Weinstein Company employees offered a statement on the controversy.

“We did not know we were working for a serial sexual predator," it reads. "We knew that our boss could be manipulative. We did not know that he used his power to systemically assault and silence women. We had an idea that he was a womanizer who had extra-marital affairs. We did not know he was a violent aggressor and alleged rapist.”

It continues, “While we can only speak for the people represented in this statement, none of us ever knowingly acted as a so-called 'honeypot.' That is disgusting and renders all us all victims of Harvey’s disgraceful behavior.”

However, screenwriter and former Weinstein creative partner Scott Rosenberg claims otherwise, repeatedly emphasizing that “everybody fucking knew.” In a Facebook post now unavailable to the public, Rosenberg said that although the alleged rapes were unbeknownst to most, “we were aware of a certain pattern of overly-aggressive behavior that was rather dreadful.”

Another anonymous employee agreed with Rosenberg, telling The Guardian, "Most people there were ambivalent and made a deal with the devil for what they could get out of it. Not to justify it, but they were only human. Anybody is a potential enabler if they work in that industry.”

The employee statement also grapples with the abuse they experienced themselves, Weinstein already known for his bullying and tirades during his time as boss. Jessica Forsythe, a former employee of The Weinstein Company, told The New York Post Weinstein would scream, throw things, curse and the like.

“It was like a child ranting,” Forsythe said. “I have seen him to do it to tons of people.”

“In varying degrees, [he treated us] like dirt,” another anonymous employee told CBS News. “And then he could turn around and praise you and you, you know, treat you like gold, and put you on a pedestal and then turn around and tear you down the next minute.”

Weinstein has been accused of  serial sexual abuse ranging from harassment to rape by over 50 actresses, executives, models, writers and assistants. Weinstein has been fired from his eponymous company, and his position on the board has been terminated. Authorities in London and New York are also investigating allegations of rape.

As well, his once terrifying unofficial power within his own industry seems at an end. In just a small example of the many signs that Weinstein's reign is over, Channing Tatum has now pulled out from a film dealing with themes of sexual assault that, irony of ironies, he was producing in collaboration with The Weinstein Company. "The truth is out — let's finish what our incredible colleagues started and eliminate abuse from our creative culture once and for all," Tatum said over Instagram Wednesay.

Though at this point Weinstein’s reputation is utterly tarnished, cosigners of the statement — desperate to “speak openly” — are still trapped within non-disclosure agreements that The Weinstein Company continues to uphold.

“We ask that the company let us out of our NDAs immediately – and do the same for all former Weinstein Company employees – so we may speak openly, and get to the origins of what happened here, and how,” their statement said. “Non-disclosure agreements only perpetuate this culture of silence. The 'if you can’t stand the heat, get out of the kitchen' mentality undermines those who might’ve spoken out.”

It’s indicative of Weinstein’s lasting influence stretching across a variety of industries, that he was able to suppress his abuse from surfacing in the news for decades, that there was a lack of coverage from certain outlets in the days following The New Yorker and The New York Times articles, and that both the employees and the board of The Weinstein Company still are, to some extent, under his sway.

As to The Weinstein Company board, TMZ discovered that it not only knew about his abuse, but allowed it to happen. Weinstein's contract with the company permitted any form of "misconduct" that went against the company's code of conduct. Essentially, the producer would retain his job so long as he personally paid the financial cost of any settlement or judgement against the company.

The statement also offered words of support to the women who have so far come out with accusations against Weinstein and, more generally, those contributing their own experiences of abuse through the #MeToo hashtag. "We unequivocally support all the women who have come forward, many of whom we count among our own friends and colleagues," it reads. "Thank you for speaking out. . . . We see you, we admire you, and we are in this fight alongside you."