The producer faces much more than a reputation in shambles 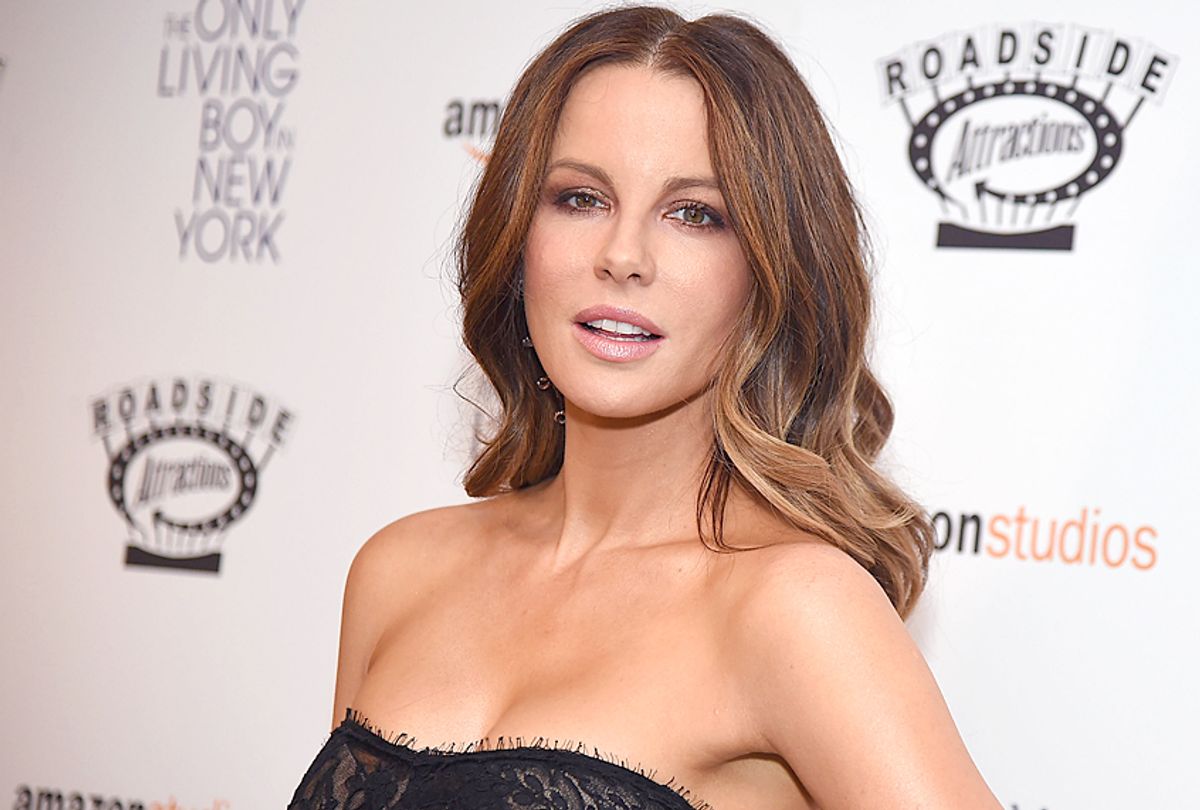 It seems that by the day, nay, by the hour, updates to the Harvey Weinstein scandal continue to roll in. In preceding days, it came to light that Gwyneth Paltrow, Angelina Jolie, Asia Argento, Lea Seydoux and Cara Delevingne are among the no less than 35 actresses, journalists, employees and industry insiders who have come forward alleging sexual harassment, sexual assault and rape at the hand of the high-profile producer. This was all tied to an elaborate cover-up scheme spanning over three decades.

Now, an official investigation has been launched into Harvey's abusive behavior in New York and London.

According to The Huffington Post, the NYPD has confirmed it will investigate claims made by actress Lucia Evans in the exposé by The New Yorker. The allegations date back to 2004, when Weinstein allegedly forced Evans, formerly known as Lucia Stoller, to perform nonconsensual oral sex.

Though no formal complaints have been filed, according to Assistant Commissioner J. Peter Donald, NYPD detectives are looking “to see if any crimes were committed in the city.”

NYPD spokesperson says detectives are reaching out to women who say they were victimized by Harvey Weinstein. They want to see if any crimes were committed in the city.

Likewise, London’s Metropolitan Police told The Guardian “officers from the child abuse and sexual offences command” are assessing allegations of sexual abuse made on Wednesday -- though there is “no indication” that the incident relates to child abuse.

This isn’t the first official inquiry into Weinstein’s behavior. In 2015, Italian model Ambra Battilana Gutierrez, 22, told NYPD that Weinstein had groped her during a meeting at his office. Police then supported her in an undercover operation, where Gutierrez wore a wire and recorded the producer, who admitted to groping her, apologized for his behavior and then asked her to come up to his hotel room.

Ultimately, District Attorney Cyrus Vance Jr. chose not to press charges due to lack of substantial evidence; it was later discovered that the D.A. had received a $10,000 donation from one of Weinstein’s unrelated defense attorneys. Like the supposed D.A. payout, these cover-ups entailed support from various media outlets and websites, continuing even in light of the controversy. “There are powerful forces at work,” says Rose McGowan, whose Twitter account was suspended on Thursday morning after speaking out against Weinstein on the social networking site.

Twitter isn’t the only media organization accused of running defense for the producer. Reports have come to light that NBC quashed Ronan Farrow's piece repeatedly. Reportedly, before Ronan Farrow published his extensive exposé in The New Yorker, he actually presented it to his employer, NBC, only to experience a level of pushback that he had never before encountered with his reporting. Ultimately, NBC allowed him to shop his work to other outlets. Given the absence of the scandal on last week’s episode of “Saturday Night Live” — creator Lorne Michaels said the Weinstein story was only a “New York thing” — NBC isn't looking good this week.

The New York Post also worked with Weinstein to create a 2015-smear campaign against Gutierrez, running “a series of articles questioning her credibility, while implicitly defending Weinstein,” according to Mic. The articles implied that Gutierrez wasn’t to be believed, by accompanying articles with images from lingerie modeling shots.

Unsurprisingly, the Times reports that The Weinstein Company was, in fact, aware of three or four confidential settlements made with women who complained of Weinstein’s abuse. Though co-founder and brother Bob Weinstein initially claimed the sexual misconduct had come as an “an utter surprise” and that any “suggestion that the Board had knowledge of this conduct is false,” David Boies, a lawyer who previously worked with the company, said they were well aware. There are also reports that Harvey emailed his brother and other board members, “asserting that they knew about the payouts.”

Despite this vast web of support for Weinstein, actresses continue to come forward with similar, often identical, allegations. Kate Beckinsale is the newest of the chorus of possible victims, coming forward on Instagram Thursday morning to allege that Weinstein had made unwanted sexual advances “many times over the years,“ the first dating back to when she was 17. If her claims are true, she would not only be Weinstein's youngest victim to come forward to date, but also one of his earliest. Beckinsale implies that he began abusing her in 1990.

Often, Beckinsale said, Weinstein would scream expletives at her when she denies these advances, and he would brag to fellow insiders, “Kate lives to say no to me.” She also admitted she felt her career has suffered over time, due to keeping Weinstein at a distance, and that she felt unsupported by most for her decision to do so.

In another case, she saw a friend’s career destroyed after he warned another actresses about Weinstein’s behavior, only to be told “he would never work in another Miramax film.” Nevertheless, Beckinsale ended on a powerful note — “Let's stop allowing our young women to be sexual cannon fodder,” she wrote. “Let's remember that Harvey is an emblem of a system that is sick, and that we have work to do.”

I was called to meet Harvey Weinstein at the Savoy Hotel when I was 17. I assumed it would be in a conference room which was very common.When I arrived ,reception told me to go to his room . He opened the door in his bathrobe . I was incredibly naive and young and it did not cross my mind that this older ,unattractive man would expect me to have any sexual interest in him .After declining alcohol and announcing that I had school in the morning I left ,uneasy but unscathed.A few years later he asked me if he had tried anything with me in that first meeting .I realized he couldn't remember if he had assaulted me or not .I had what I thought were boundaries - I said no to him professionally many times over the years-some of which ended up with him screaming at me calling me a cunt and making threats, some of which made him laughingly tell people oh "Kate lives to say no to me ." It speaks to the status quo in this business that I was aware that standing up for myself and saying no to things,while it did allow me to feel uncompromised in myself,undoubtedly harmed my career and was never something I felt supported by anyone other than my family.I would like to applaud the women who have come forward , and to pledge that we can from this create a new paradigm where producers,managers,executives and assistants and everyone who has in the past shrugged and said " well, that's just Harvey /Mr X/insert name here " will realize that we in numbers can affect real change.For every moment like this there have been thousands where a vulnerable person has confided outrageous unprofessional behavior and found they have no recourse, due to an atmosphere of fear that it seems almost everyone has been living in .I had a male friend who, based on my experience,warned a young actress who said she was going to dinner with Harvey to be careful. He received a phone call the next day saying he would never work in another Miramax film ;the girl was already sleeping with Harvey and had told him that my friend had warned her off.Let's stop allowing our young women to be sexual cannon fodder,and let's remember that Harvey is an emblem of a system that is sick,and that we have work to do.   A post shared by Kate Beckinsale (@katebeckinsale) on Oct 12, 2017 at 6:02am PDT

At this point, many of Weinstein's more steadfast friends — directors, producers, actors, media giants — seem to be fleeing him. While his star is rapidly fading, the collateral damage is spreading. There are rumblings that Weinstein’s now-estranged wife, Georgia Chapman, could see the downfall of her high-fashion label Marchesa, a regular staple on the Hollywood red carpet. Many collaborators are now rethinking their relationships with both Weinstein and his eponymous company. Former “Today” co-host and MSNBC anchor Tamron Hall is working to get out of a daily daytime talk show that was in the works at Weinstein Television and Hachette Book Group has terminated its Weinstein Books imprint. This is surely on the beginning of terminated relationships to come.

Then where, oh where is Weinstein today? The “old dinosaur learning new ways” is allegedly headed to a rehabilitation clinic for behavioral issues geared toward sex addiction, in order to repent for his “mistakes.” Weinstein told Page Six he was “profoundly devastated” that his wife, Chapman had left him. On Wednesday morning, his daughter Remy called 911 in fear that her father was “suicidal and depressed,” though when police arrived, Weinstein had already left. Later in the day, Weinstein faced reporters as he made his way to his car. “Guys, I’m not doing okay, but I’m trying,” Weinstein said. “I gotta get help, guys. You know what, we all make mistakes. Second chance, I hope.”