SNL Saturday made no reference or joke to the Weinstein controversy, Lorne Michaels gave little reason why 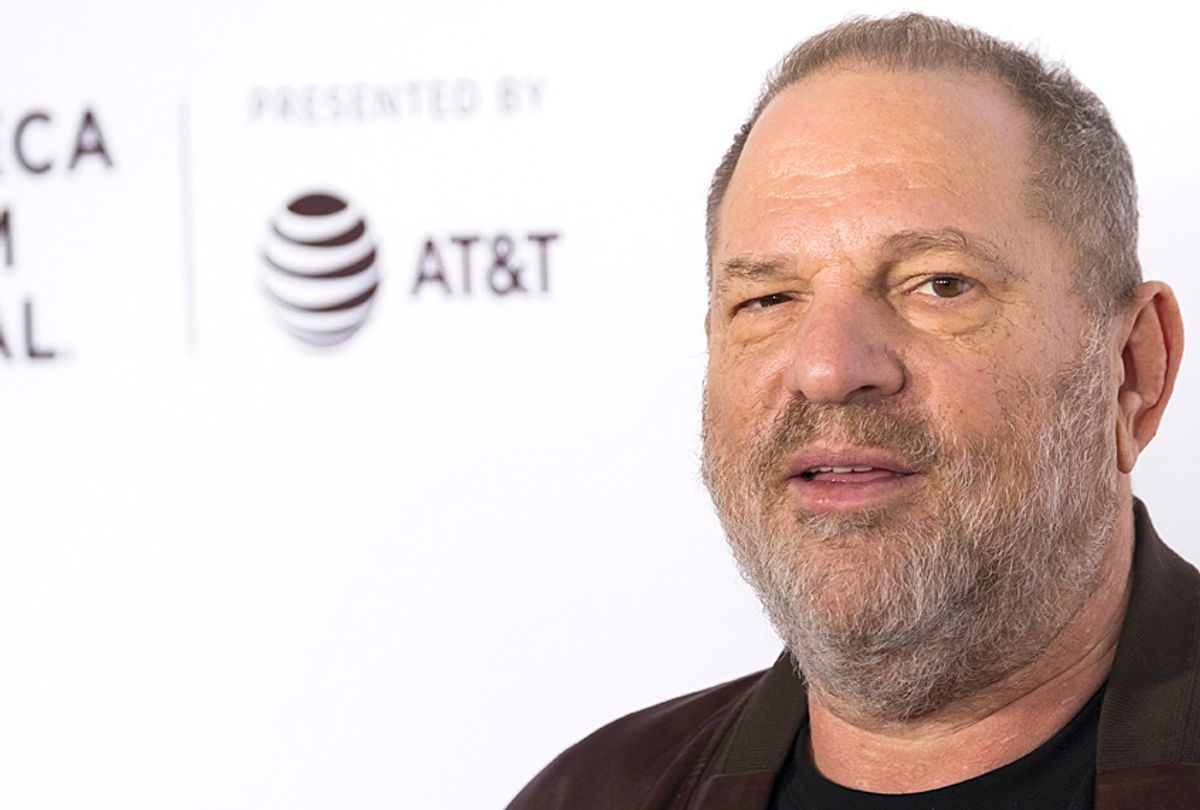 This past Saturday's episode of NBC's "Saturday Night Live" came and went without ever mentioning the embattled Hollywood producer Harvey Weinstein, who was by then at the center of 30 years of sexual misconduct allegations.

Many people found this odd for a show that held nothing back in their jokes about Presidents Donald Trump and Bill Clinton as well as Bill Cosby, Bill O'Reilly, Roger Ailes, Anthony Weiner and many others accused of sexual harassment, assault or worse. (The show was forward enough this weekend to make light of O.J. Simpson, a man who most likely murdered two people.)

When the Daily Mail confronted SNL creator Lorne Michaels early Sunday morning about the absence of the Weinstein controversy, he claimed it was because "it's a New York thing," perhaps intimating that the rest of the country did not know or would not care about the issue (not that heaping on jokes that only make sense to those in the city has ever been a problem for the show before).

But according to The New York Times, Weinstein jokes were indeed prepared for Saturday's show, but they were shelved. The Times wrote, "These cuts were made simply because the material seemed to fall flat with the show’s studio audience, the person said." The anonymous source also told them that show was focused on the Las Vegas shooting. Country musician Jason Aldean, who was playing while bullets ripped through the music festival on October 1, opened the show with remarks and a performance.

Some conservative critics called it a double standard and that Weinstein was spared likely because of his liberal politics. One who zeroed in on Michaels' dubious statement was Trump's son, Donald Trump Jr., who tweeted Sunday: "Out of curiosity where is @realdonaldtrump from???"

Out of curiosity where is @realdonaldtrump from??? Seems like there could be more to that pass than this nonsense. https://t.co/N01MLZA0Wa

Whether this was reason for Michaels to omit Weinstein jokes or not, allegedly, the Times did kill a story in 2004 about Weinstein's sexual harassment allegations, Sarah Waxman wrote in The Wrap. She claims that as a reporter for the Times back then, Matt Damon and Russell Crowe called her to quell her reporting about Weinstein and "the story was gutted."

According to the New York Times' "SNL" source, in light of Weinstein's termination, they may address it this upcoming Saturday — that is, if Michaels figures out that one of the most famous producers in film harassing women (movie stars included) isn't just a "New York thing."