The actress has been vocal in criticizing Harvey Weinstein, Ben Affleck and others over the Weinstein scandal 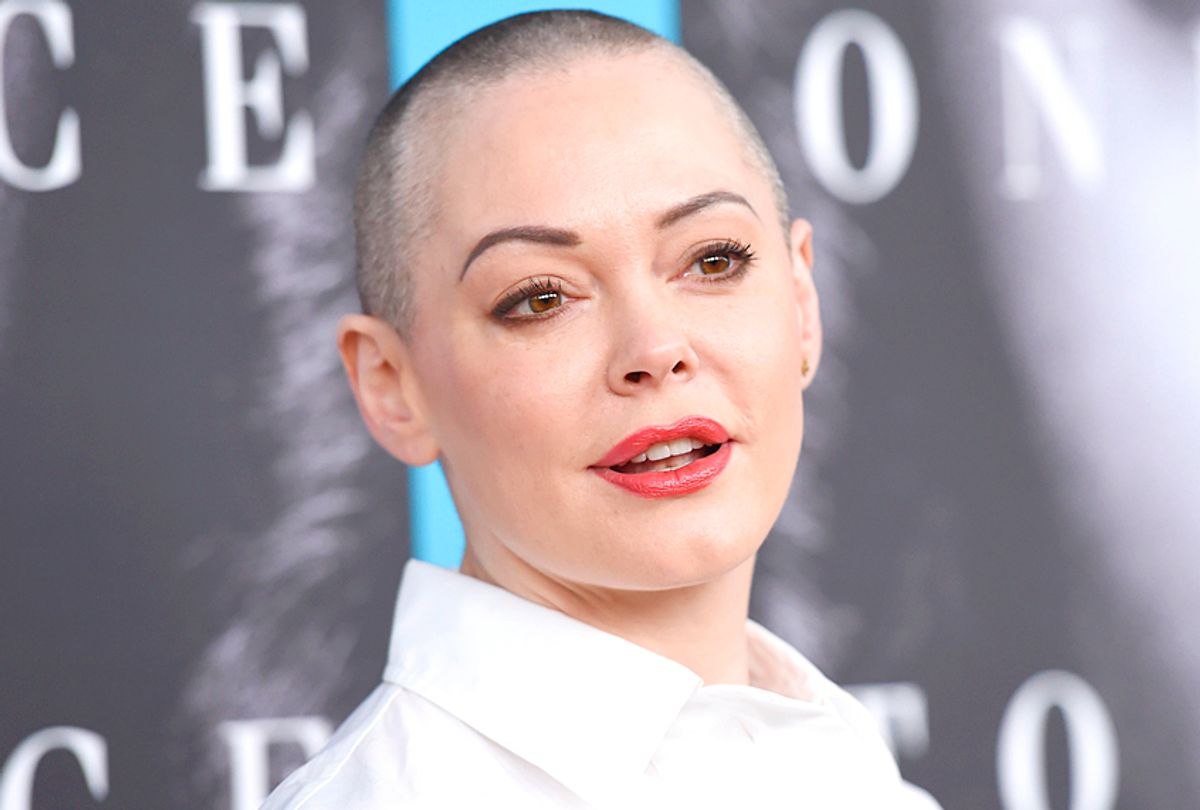 Update: Twitter released a statement explaining that McGowan had been temporarily locked out of her account because one of her posts "included a private phone number, which violates our Terms of Service." The tweet in question included a full email address and phone number.

Actor Rose McGowan, the star of "Charmed" and "Planet Terror," has had her account suspended from Twitter for unknown reasons. McGowan, who the New York Times reports reached an out-of-court settlement with producer Harvey Weinstein after he allegedly raped her in 1997, has been an outspoken critic of the disgraced movie mogul and sexual harassment within and without of the film industry in the past.

TWITTER HAS SUSPENDED ME. THERE ARE POWERFUL FORCES AT WORK. BE MY VOICE. #ROSEARMY

While it is unclear why McGowan's account was suspended — it is still visible and she will be able to start posting new content again 12 hours after her suspension commenced, but not until then — she has spent several days tweeting harsh criticisms at multiple celebrities and companies who are in various ways connected to the Weinstein scandal, most notably Ben Affleck.

That said, Affleck has not been the sole target of McGowan's criticisms.

McGowan was one of the first celebrities to speak out against Weinstein, having accused him of sexually forcing himself upon her in a hotel room and saying as much in an interview with Ronan Farrow. Yet even if she didn't have this personal background with Weinstein, the fact that she was suspended raises serious questions about Twitter's own values when it comes to harassment.

During the Gamergate scandal, a number of feminists and other women connected to the video game industry faced large-scale harassment on Twitter, the majority of it motivated by sexist animus toward the women themselves. Despite multiple complaints and a movement by many of the victims to have harassers blocked or banned from the site, Twitter sat on its hands throughout the controversy.

The problem is not limited to sexism. Although Twitter has banned the accounts of certain "alt right" and other white supremacist figures, including former Breitbart provocateur Milo Yiannopoulos, many others have remained on the site. Indeed, one of the most powerful far right figures in our time, President Donald Trump, flagrantly violated Twitter's rules by retweeting a video that was edited to make it look like he assaulted Hillary Clinton with a golf ball. Yet despite violating Twitter's policy against inciting violence against individuals, Trump faced no consequences for his post.

"If the point of Twitter moderation is to prevent trolling and harassment, isn’t this undermined by giving a seal of approval to white nationalists like [Richard] Spencer who have built their entire careers on asserting the inferiority of other races?" wrote Keith A. Spencer in May.

Although Twitter has claimed to have made progress in fighting harassment and online abuse on its platform, it is still common for women, LGBT individuals and members of racial or religious minority groups to experience bullying and harassment on the site. While it's unclear who or what prompted McGowan to be suspended, nothing she posted has come close to that type of bigotry.

Twitter, once again, has a lot of explaining to do.